Singer Gaby Amarantos and DJ João Brasil's tecnobrega version of Antonio Carlos Jobim's "Águas de Março" (Waters of March) is either an innovative interpretation for the dance floor or a tasteless desecration of one of the greatest songs of the 20th century. Or both. The recording can be heard on YouTube and downloaded from numerous online stores or sites. It is an example of the dance-oriented tecnobrega style, which emerged in the last decade in Belém, the capital of Pará state in the Amazon, and is the latest Brazilian music export to enliven European clubs. It also carries the "mashup" touch of DJ João Brasil, who is from Rio and now resides in London.

Gaby (or "Gabi") is the current "queen of tecnobrega," being the style's most prominent female star, and a new ambassador for her state's regional music. She has led the band TecnoShow since 2002 and appeared on nationally popular Brazilian television shows like Domingão do Faustão. The full-figured vocalist was born in 1980 and grew up in Jurunas, a poor neighborhood on the outskirts of Bélem. Amarantos wears sexy, outlandish outfits that are surreal in a low-budget Lady Gaga way. Usually, she performs with a supporting cast of similarly clad dancers.

Jobim's "Águas de Março" was first recorded in 1972 and is a Brazilian and global standard. The late jazz critic Leonard Feather termed it "one of the 10 most beautiful songs of the century." Jobim and Elis Regina recorded it with an unforgettable duet on Elis & Tom (1974), often cited in polls as the most popular Brazilian album of all time. Gaby's interpretation of "Águas de Março" is brassy and sometimes strident, and there is none of the sensitivity present in the great performances of the song. Producer DJ João Brasil's accompaniment is stripped down, with a synthesizer that sounds like a toy keyboard (which it probably was). The samba/bossa beat is gone, replaced by tecnobrega's simple, snappy rhythm, delivered via drum machine. Jobim's great harmonies are mostly missing in action. "Águas de Março" is such a national classic that the tecnobrega version is almost as outrageous as when Jimi Hendrix tore up the "Star Spangled Banner" on the electric guitar at Woodstock. Defenders of the song will most likely fit it into Brazil's Tropicalista tradition of cannibalizing musical standards and styles, and mixing erudite and popular, the high and the low brow. 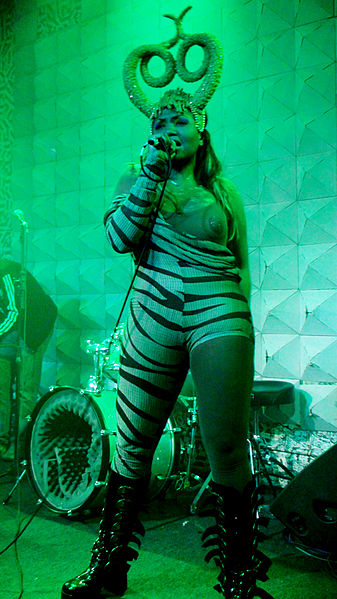 Tecnobrega emerged early in the new century and is popular in the north and northeast of Brazil. Its birthplace of Belém has always been a musical world unto itself, a steamy, equatorial port city located almost 2,000 kilometers from Rio de Janeiro. Belém and nearby Marajó Island are the home of carimbó, a lively Afro-Brazilian song-and-dance form that dates back over 100 years. And lambada and its instrumental version, guitarrada, appeared there in the late 1970s. Tecnobrega's name comes from a fusion of tecno (techno music) and brega, which means "tacky" and also refers to cheesy romantic music. In Belém, brega was embraced and eventually evolved into a style called "brega pop," of which Banda Calypso was the most successful exponent. Tecnobrega resulted from a fusion of brega pop with electronic music. Some songs have highly accelerated tempos, reaching 170 beats per minute. DJ João Brasil has given "Águas de Março" a spare, minimalist production compared to many tecnobrega tunes, which can be bombastic. The style originally reached European dance floors in late 2009 when English DJ Lewis Robinson took tecnobrega recordings to BatMacumba club events in London's Notting Hill.

Tecnobrega is noteworthy for having created a new musical business model, one that has gotten rid entirely of record companies and radio stations. Tecnobrega artists take advantage of cheap available technology, often using personal computers as home studios. Composers freely allow the DJs or producers to copy the music and sell it on CDs that cost as little as $1.50 apiece. The "pirates" become distributors, and the artists gain exposure (but usually zero royalties) through the distribution of their work to the public. The DJs work at huge festas de aparelhagem (sound system parties), which move from location to location, and they can turn unknown songs into instant hits. The shows can include smoke machines, laser displays and giant video screens. There are an estimated 4,000 such events per month, or more, in greater Belém.

Hitherto anonymous artists become well known overnight and can put together bands that may consist of just a keyboardist and vocalist, and go to play at the sound system events and in clubs. Musicians make their money from live performances, not from recordings, except those they sell themselves at shows. Recorded music has become a smaller share of an artist's income in the rest of the world as well, but in Belém the transition has been greatly accelerated. The new model is so successful in Pará that tecnobrega artists release several hundred albums per year.

Whatever one thinks of tecnobrega, it is part of the ongoing fusion of electronic dance music with Brazilian styles that has also resulted in the creation of funk carioca, Brazilian hip hop, and tecnoforró. Many in Brazil find tecnobrega unmusical and unlistenable, yet many others there and overseas are dancing to it. How would Jobim have reacted to Gaby's interpretation of "Águas de Março"? I don't think he would have liked tecnobrega. But I'm pretty sure he would have been amused by Amarantos and pleased with the incredible diffusion of his compositions, so many decades later.

My book, The Brazilian Sound: Samba, Bossa Nova and the Popular Music of Brazil, written with Ricardo Pessanha, is available now in print and digital editions. It discusses the music of Belém, lambada, guitarrada and tecnobrega at greater length, along with other Brazilian music genres. Also see: The Brazilian Sound blog.