Bravo's "Queer Eye for the Straight Guy" has been lauded as being more than just a makeover show for helplessly unrefined heterosexual men, but rather as a trailblazing solution to the lack of gay representation on TV. And eight years after it went off the air, the show's legacy lives on, former cast member Ted Allen told HuffPost Live on Tuesday.

"When we made 'Queer Eye,' we never saw ourselves as important or as activists," he said. "We were proud of being out. We were the first television show, that I know of, that had an entirely openly gay cast."

Despite the success of the show, which ran from 2003 to 2007, Allen called Bravo "very gutsy" for aggressively backing it. He added that he "never thought" it would actually get made, especially with the word "queer" in the title.

"I'll never forget the first time I watched Matt Lauer try to say the word 'queer' on TV. I mean, it's not a word people threw around a lot, and it was a very political word," Allen said. "I didn't like the title at the beginning. I've come to realize I was wrong, because I think the provocative nature of it was balanced with the sweetness of the way the show ran most of the time. It worked out."

Allen admitted the show's faults, including its heavy commercialism; he even went as far as calling them "trailblazers in product placement." But the impact the show had on gay teens was arguably more important.

"The main thing about 'Queer Eye' that I will say is that, in an era before the Internet was everywhere, we heard from hundreds, probably thousands, of gay kids who said, 'Thank you for putting some gay people on TV that my parents can actually like,'" Allen said. "Firefighters liked us, cops, marines. I mean, it was a very good show."

PHOTO GALLERY
The Guide to Pride: Nine LGBT Destinations to Visit This Summer

Ted Allen On The Legacy Of ‘Queer Eye' And Bravo's ‘Gutsy' Move To Back It
The Guide to Pride: Nine LGBT Destinations to Visit This Summer 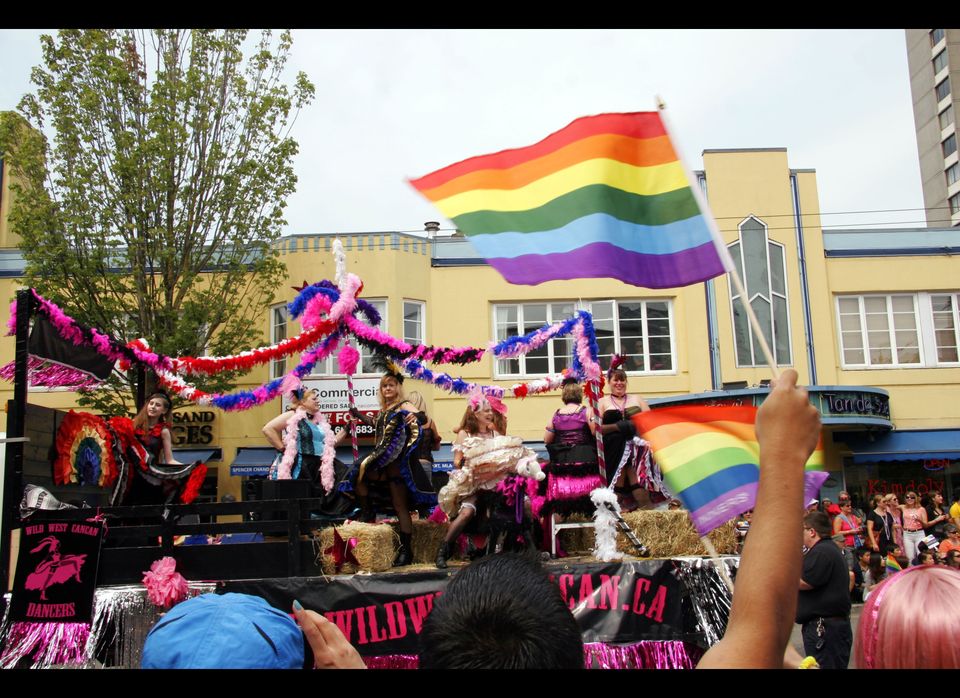 1 / 7
Vancouver
<strong>See More of <a href="http://www.travelandleisure.com/slideshows/lgbt-pride-cities/8?xid=PS_huffpo">The Guide to Pride: Nine LGBT Destinations to Visit This Summer</a></strong><br><br>The largest parade of its kind in western Canada, <a href="http://www.vancouverpride.ca/">Vancouver&rsquo;s Pride Parade</a>, takes place on August 2 and covers the entire downtown district. More than 150 floats, cars, and marching units move along Robson and Denman streets to the Sunset Beach Festival (near the Davie Street Gay Village). The 37th annual parade expects to bring more than 650,000 attendees, and events leading up to it in late July include the Pride Run &amp; Walk (a 5.5K walk or run and a 10K run through scenic Stanley Park), Picnic in the Park (a post–Run &amp; Walk event), and the Davie Street Block Party (with music, a beer garden, and more, from 6 p.m. through midnight). Even if you can&rsquo;t make Vancouver&rsquo;s Pride Parade, the summer is still the best time to visit the city. In mid-August you can enjoy the Vancouver Queer Film Festival and the Lululemon SeaWheeze events (with a half marathon, yoga sessions, and a food, drink, and music festival in Stanley Park). Stay in the West End or Yaletown for easy walking access to the Davie Street Village and the gay bars throughout Vancouver. The <a href="http://vancouver.opushotel.com/" target="_blank">OPUS Vancouver</a> is a stylish, gay-friendly boutique hotel located on Davie Street that offers six uniquely-designed rooms with amenities including Malin + Goetz bath products and an iPad or a Samsung Galaxy S3 to enjoy while exploring Vancouver. <br><br> <em>Photo: © Michael Matthews / Alamy</em>