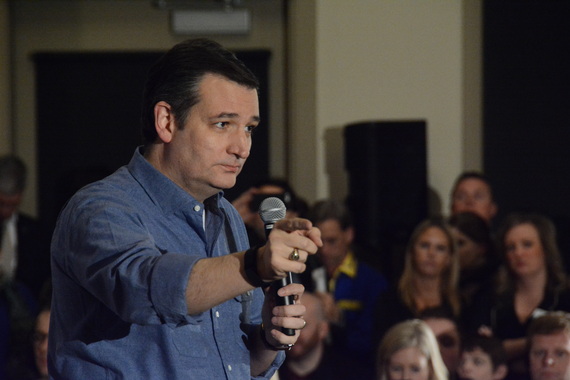 The Texas senator touts a heavy record as a pro-life politician. As Solicitor General for the state of Texas, Cruz went before the United States Supreme Court and defended the federal ban on partial birth abortions, Cruz said at the event.

When the Texas state legislature voted to defund Planned Parenthood in the state, a local district court struck it down and Cruz led the appeal process and ultimately won, Cruz said.

The state of Texas has some of the most strict laws in the entire country when it comes to abortion. There were six restrictions in effect as of December 1, 2015, according to the Guttmacher Institute. This included a restriction saying a woman had to have an ultrasound before she could have an abortion, according to the institute. 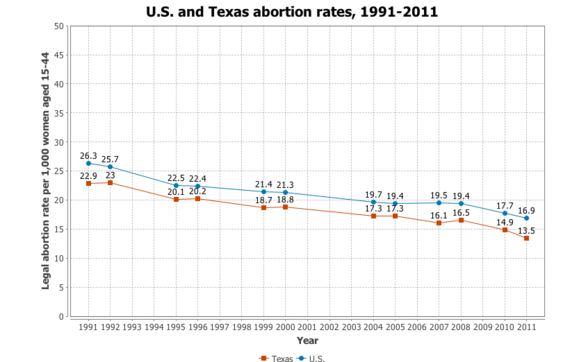 Photo from the Guttmacher Institute.

But, it is estimated that up to 100,000 women between the ages of 18-49 in the state of Texas self abort, according to a study from the University of Texas.

Millennials at the rally were very passionate about pro-life issues, but most millennials identify as pro-choice, according to a 2014 Gallup poll.

"I believe that every human life deserves that chance. As a human being, you have a right to have a chance at human life," said David Frisch, 27, of West Des Moines, at the pro-life event. "The opposing view... I feel like that's totally against our values, especially regarding Christian beliefs."

Frisch said he thinks it's important for America to embrace a pro-life view and would not vote for someone who was pro-choice.

"You want to try to find a candidate who is as similar to your views as possible," Frisch said. "If that connection is there, that support is going to be there and it's someone that's representing you."

Kaleb Dammeier, 20, and Claire Birchmier,17, both from Des Moines, also said at the event they wouldn't vote for a candidate that was pro-choice.

"If (there are two candidates) and one is pro-choice and (one is) pro-life, I'm going with the pro-life guy every time," Dammeier said.

Both identified as pro-life, and said they saw abortion as murder.

"It's a potential life... It's not right to me. It doesn't ever seem right to me to kill something that can blossom into a human," Birchmier said.

The greatest amount of change however, is in the middle. In 2014, 21 percent of adults said they thought abortion was illegal in all circumstances, the highest it has been since 2002. This has led to those who think abortion should be legal in a few circumstances to be down to 50 percent, an all-time low.

"I feel like it's very important that American culture embraces a more pro-life view, and it's just crucial, in my opinion, to sustain the positive direction that this country is headed," Frisch said.

Andrew Clark contributed to this story.