Norway has been without an American ambassador for more than 850 days. It is time for Ted Cruz and his fellow Senate Republicans to allow crucial nominations to pass.

More than two years have passed since the American ambassador to Norway, Barry White, completed his tour and left the country. An uncontroversial candidate stands ready to assume the post, but Senator Ted Cruz (R-TX) has blocked the nomination.

As a Norwegian, a friend of United States, and a former employee of the American Embassy in Oslo, I am deeply concerned about the situation. Norwegians expect more from our most important ally, and we are right to do so.

The Tsunis Fiasco
In September 2013, President Obama nominated the Greek-American businessman George Tsunis to succeed Barry White as ambassador to Norway. In a notorious hearing before in the Senate Foreign Relations Committee, Tsunis showed a shocking lack of knowledge about my country.

In fact, he managed to offend one of the two parties in the government coalition, refer to the country as a republic run by a president (it's a constitutional monarchy where the king is the Head of State, and the government is run by a Prime Minister), and acknowledged that he had never even visited Norway.

Sam Heins, an uncontroversial candidate
Tsunis withdrew his name from consideration, and in his place, President Obama nominated an accomplished and uncontroversial candidate in the Minnesotan Sam Heins. The two former ambassadors, Ben Whitney (R) and Barry White (D) both support his nomination. Not surprisingly, the Midwestern attorney skated through his committee hearing last summer. Nothing has happened since.

Procedural tricks in the Senate
In an attempt to speed up nomination processes, the then-Majority Leader Harry Reid (D-NV) in 2013 invoked "The Nuclear Option", thereby eliminating the Filibuster Rule for certain appointments. Republicans have responded by slowing down nominations by using procedural tricks.

Placing a "hold" on nominees is one tactic that has been employed by several senators, including Tom Cotton (R-AR), Ted Cruz (R-TX) and Marco Rubio (R-FL). These holds have all been unrelated to the actual nominees or countries in question.

Cotton quickly came to his senses. Rubio seems to still oppose the appointment of a new ambassador to Mexico, America's third-largest trading partner. Cruz however, has taken it one step further and placed a blanket hold on all politically appointed ambassadorial nominations (non-career Foreign Service nominees) to protest the P5+1 Iran nuclear deal. He remains steadfast in his opposition.

Senate Majority Leader Mitch McConnell (R-Ky) have ways to get around the gridlock, by scheduling a floor vote, but he has not chosen to do so yet. 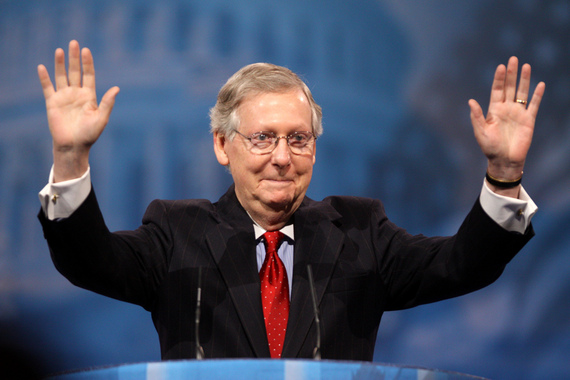 Mitch McConnell has the power to get ambassadors approved, but won't use it. Photo: FlickrCC, Gary Skidmore

The Senate has actually approved some career-appointees recently, but no political appointees. Around one-third of U.S. ambassadors serving abroad fall into this latter category. While one could debate the value of appointing Foreign Service professionals instead of campaign donors, people in the host country rarely make a distinction -- a political appointee is still viewed the same as any other U.S. ambassador. Norway has welcomed political appointees for the last forty years, without any noticeable effects on the bilateral relationship.

Does it matter?
The American Embassy in Oslo is staffed by very capable diplomats and very experienced local employees. However, no matter how you spin it, there is no equivalent representative to the president's appointed delegate to a country. Other diplomats simply cannot make up for the prestige that comes with having an ambassador present.

An absence like this is a bigger deal in countries where hierarchy and formal communication means more than in Norway, but former and current U.S. officials whom I have spoken with are concerned that Norwegians may soon view the prolonged lack of an ambassador as a direct affront to my country. And, let's be honest, why shouldn't they?

Not having an ambassador present also means that the embassy's efforts to promote cultural, educational and commercial ties are likely to slow. The ambassador often plays a symbolic role by attending several hundred public and non-public events every year. Often, the ambassador takes a personal interest in this work, and therefore drives such efforts forward. As such, the absence hurts U.S. trade relations and educational exchange, to name a few. 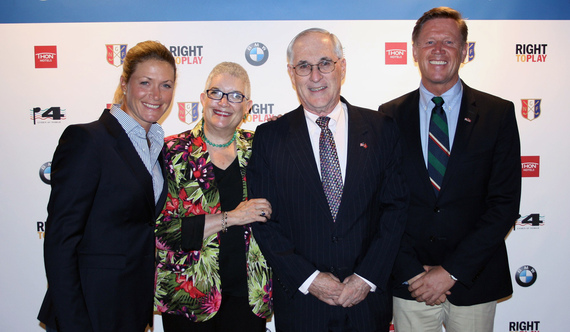 The former ambassador to Norway, Barry White (second from the right), at one of the many he events he hosted to promote educational opportunities in the U.S. Photo: Courtesy of the U.S. Embassy in Oslo

The Senate gridlock calls unwanted attention to the conflict between the congressional majority and President Obama, well beyond America's shores. For many Norwegians it seems downright odd that the world's foremost superpower cannot manage the simple task of deploying an ambassador to a close friend and ally like Norway.

U.S. National Security Interest
Former Vice President Walter Mondale recently wrote in the New York Times that it is in America's national security interest to fill such positions as the ambassadorship in Norway, and that especially "[i]n a time of dangerous international crises, we need to work with friends and allies, using all the tools of diplomacy."

While some may scoff at the thought of Norway as a "crucial ally" of the U.S., they would be wise to recall that my country recently played a big part in the transportation of 60 tons of raw uranium to Iran, a central aspect of the aforementioned nuclear deal. Two years ago, Norway had a similarily significant role in removing chemical weapons from Syria.

For over a decade, my country was a loyal contributor to ISAF, the NATO-led security mission in Afghanistan. Moreover, while other countries have reduced its original order of the new F-35 fighter jets, Norway has instead reiterated its commitment. Finally, my country is an active and constructive member of NATO, which by the way, is led by Secretary-General Jens Stoltenberg, a former Norwegian Prime Minister.

In other words, Norway has actively sought to support U.S. Foreign Policy goals in recent years, and has historically been a close and loyal ally. In today's turbulent international climate, America needs friends like Norway. I hope Senator Cruz and his Republican colleagues soon realize that, and stop holding our ambassador hostage.