Ghost In The Machine (blood robot selfie) from Ted Lawson on Vimeo.

Note: For those squeamish at the thought of blood, this post is not for you.

We should have seen this coming. Artist Ted Lawson has made a selfie out his own blood. Using a robot. Is the future scary enough yet?

For the life-sized piece, titled "Ghost in the Machine," Lawson wrote thousands of lines of code directing a CNC machine to draft his portrait, thus merging manufacturing and artistic processes. He then hooked himself up to a robotic arm intravenously, and spent hours literally pouring his blood into the work.

The visceral piece, a collaborative effort between man and machine, challenges those who consider digital or mechanical art to be more removed than traditional fine art fields like painting and drawing.

And here it is. 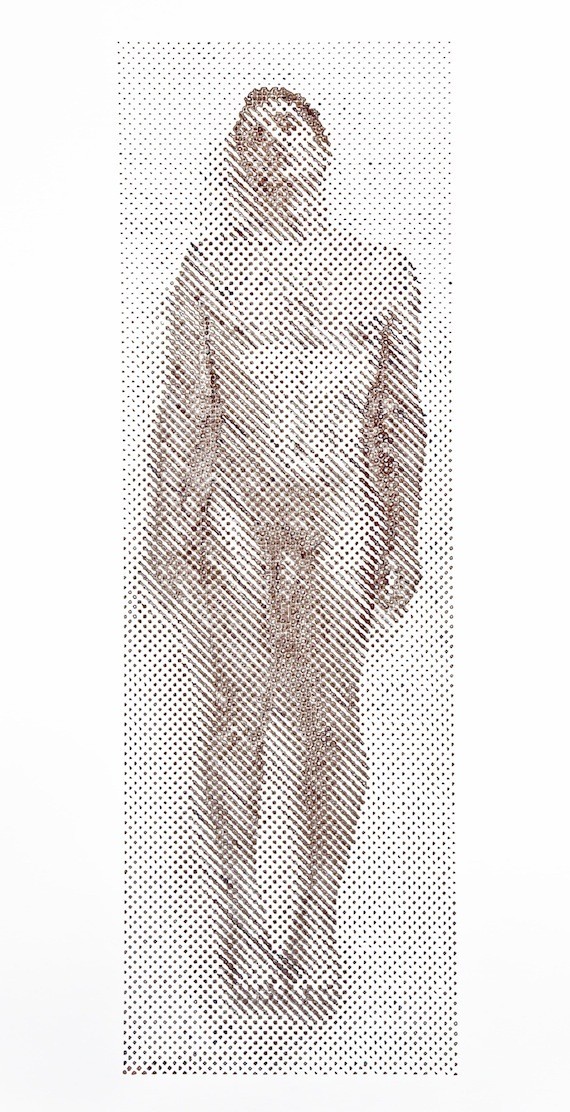 Lawson's work often teeters between computer programing and fine art, exploring the moments when human error makes its mark on mechanized perfection. In the space between realism and abstraction, Lawson explores the ways humans' creative and scientific endeavors have both extracted from and influenced the world as we know it. "Lawson is able to mount a nuanced exploration of human experience in the physical world, and the role art and technology play in our classification and understanding of it," Joseph Gross Gallery explains.

Lawson, surprisingly, isn't the first artist to attempt the blood self portrait. YBA artist Marc Quinn has an ongoing series of frozen blood sculptures in the shape of his own head. In an interview with The Huffington Post, Quinn explained another illuminating aspect of selecting blood as an artistic medium.

"I also think that the total self-portrait-ness of using my blood and my body has an ironic factor," he explained, "in that even though the sculpture is my form and made from the material from my body, to me if just emphasizes the difference between a truly living person and the materials which make that person up."

See Lawson's work in person at his exhibition "The Map is Not the Territory," which runs from September 11 until October 4, 2014 at Joseph Gross Gallery. Until then, take a look at Lawson's painstaking process in the video above. We hope you'll be inspired, but not too inspired, because this breed of selfie is definitely not something to try at home.