TEDx Women DC 2012, produced by The Paley Center for Media and its CEO Pat Mitchell and held at the U.S. Institute for Peace, was an inspiring and thought-provoking conference filled with remarkable women (and a few men) doing TEDTalks and musical or dance performances around the theme of "the space between." Their stories and insights provide tips for driving innovation as well. 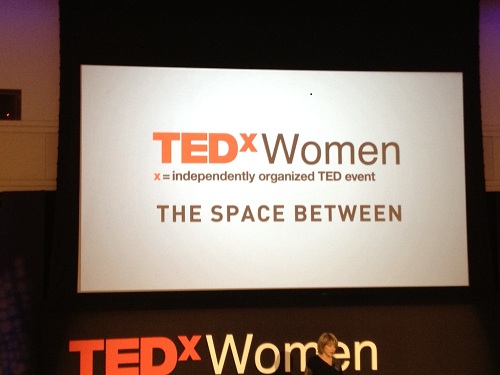 1. "Watch who you are becoming and how you're behaving." -- Former Ogilvy CEO Charlotte Beers cut to the chase when she said this. Success is three things, Beers continued: (1) personal clarity -- attitude, beliefs, what bubbles up inside; (2) memorability -- communication, "it's what they hear, not what you say" so focus on their response and share power; and (3) persuasiveness -- If you have passion and they believe you mean it, they will believe you.

3. "There's a real power in feeling lost. -- National Geographic Explorer and self-described "wayfinder" shifted the audience with her dynamic reflections and evocative photos on the benefits of going off track. "Something rich and potent is stirring beneath the surface... Feeling lost frees us from what we are trying to be to help us see what we truly need to be."

4. Women have to be more inventive. -- Women have enormous purchasing power, which is expected to reach $28 trillion by 2020 according to BCG, Gayle Lemmon said, yet they lack political and institutional power. Because of this paradox -- living in the space between poverty and plenty - women inherently need to be more innovative.

5. The world would be better with more women in leadership. -- That was one finding from the research presented by John Gerzema. In an exhaustive study of 64,000 people in 13 countries, called The Athena Doctrinehttp://athenadoctrine.com, Gerzema and his team found that 57 percent of adults are "dissatisfied with the conduct of men in my country." And, 66 percent of adults believe "the world would be a better place if men thought more like women."

6. "The definition of winning is now plural." -- Gerzema's pithy explanation of the importance of collaboration.

7. "We're in this together" men and women -- Jacki Zehner, CEO of Women Moving Millions http://womenmovingmillions.org, made the business/economic case for men and women to collaborate in order to "accelerate positive change". We need both masculine and feminine traits. Driving diversity requires male champions, and requires that women spend their capital - financial, political and human - thoughtfully, aware of its power.

8. "Laughter is great practice for being present." Was an insight comedienne Kate Clinton demonstrated by having us in stitches (and bringing wandering minds back into the room). Humor is disarming, helps people reframe what's on their mind, and builds camaraderie. Therefore, I would believe, it improves collaboration and stimulates creativity.

9. "It's about embracing every single part of who you are and wearing your flaws with pride. If you can't fix it, feature it." -- The brilliant musical talent Lourdes Lane brought a nearly audible sigh of relief from this Type A crowd when she implored us to embrace our flaws, sharing her poignant personal story through her violin, singing and storytelling. Admonishing us to find and give voice to our own superhero selves, she said running away from your flaws "will clip your superhero wings."

10. "Always allow for the possibility to hope. You can be the one who is visited with a miracle." -- Lee Woodruff inspired us, as she and her husband ABC News reporter Bob Woodruff recounted the harrowing story of his nearly fatal attack in Iraq -- and his miraculous recovery.

I came away even more convinced that women drive successful innovation. Maybe it's because women's trajectories are a series of reinventions, new choices, and adjustments, so they have to be flexible, adaptive and adept at forging new paths.

Innovation expert Dr. Francine Gordon told me that often simply by having women present, there is a new dynamic, a new perspective, and thus everyone involved is likely to see things differently. "The questions may be different, the answers may be different, and sometimes making people think about what they don't know can force people to question their assumptions." Identifying and releasing our assumptions can clear the way to seeing new solutions, maybe even great innovations.

This TED conference was an exhilarating exercise in thinking differently -- asking new questions, hearing answers to questions you didn't know you had, exploring new possibilities. That is what innovation is all about. 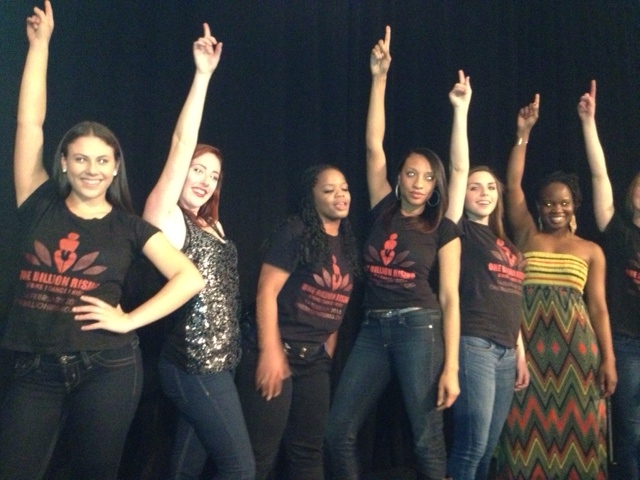