I always talk about the stories I'm working on with people I meet along the way: cab drivers, waitresses, hotel maids, TSA agents, family, and girlfriends. Their response typically ranges from casually interested to intensely curious. But the response to my latest NOW on PBS report -- about sexual harassment of teenage girls in the workplace, airing this Friday -- has been like no other. Nearly every woman I've spoken to instantly replies "that happened to me" or "that happened to a friend of mine." 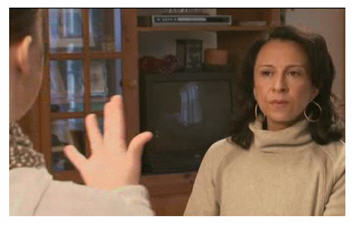 The five girls I spoke with for this Friday's NOW on PBS investigation (in collaboration with with the Schuster Institute for Investigative Journalism at Brandeis University) were 16 at the time they were sexually harassed at work. It was their very first job. Remember your first job? A first job is all about independence, freedom, and moving away from childhood. It's a rite of passage that helps our kids learn the value of work and money.

But for these young workers, it turned into something else, something very upsetting. These teenage girls had no idea about acceptable and unacceptable workplace behavior, much less their legal protections. How could they? Who would have told them? Employers don't want to spend money training transient part-time workers. And workplace rules aren't really taught in high school.

Meeting these brave young women -- who chose to tell their stories on national television for the first time -- was a moment I will not soon forget. Their trauma was real, and reflected as much in their faces as in their words. When these girls shed tears about what it was like to be groped and followed and threatened by their first boss, to have their shirts ripped or be forced to look at pornography, I felt more than sympathy. In fact, it brought up an emotion I didn't expect: pride. Through their actions, these young women were patriots.

Even though these young women were thoroughly embarrassed and afraid, they found the strength and courage to take their abusers to court. These young American teens understood that one of their basic rights is to try to right a wrong through our system of laws. Starting from a position of powerlessness, these young women eventually came to own their own power and exercise it. It's a lesson I will share with my own 13- year-old son and my ten-year-old daughter because I never want this to happen to them.

I will watch this show together with my children, and encourage you to do the same with your children and grandchildren.

I am proud of this show, and as much so, proud of these women. With this important investigation, NOW on PBS launches the first-ever beat of its kind on a network magazine show, one covering women, girls, and families involved in issues that affect and should concern us all. And it's about time.

Use this link to find out exactly when and where the full show airs in your community.

Below you can watch a short video preview of the program. In it, Ali Tomlin tells her emotional story of sexual harassment at the hands of a manager at a Jamba Juice franchise in Washington State. Ali, who was 17 when she worked there, recounts the inappropriate behavior that she says led her and her mother to file a lawsuit against the company. The case was settled, and Ali received $85,000. Jamba Juice fired the manager in question.