Today, 3,900 children under the age of 18 lit their very first cigarette. At least 950 of those children will become regular smokers. They are attracted to the colorful packaging and fun flavors that hide the truth -- tobacco kills.

To protect our children, the Chicago City Council passed a new proposal that restricts the sale of flavored tobacco products, including menthol-flavored cigarettes, within 500 feet of a school. As part of Mayor Rahm Emanuel's campaign to curb youth smoking, the new ordinance is good news for our children as it prevents Big Tobacco from enticing and capturing children in the very places they should be nurtured and cared for -- school zones.

Mayor Emanuel called on the Chicago Board of Health last summer to hold town hall meetings to help identify local policy options for curbing the use of flavored tobacco products among youth. This month's ordinance is an outcome of that community-driven process.

The people of Chicago know Big Tobacco uses candy and fruit flavors to hook youth. They also know this is nothing new. After the FDA removed candy-flavored cigarettes from the market in 2009, the tobacco industry immediately created candy -- and fruit-flavored cigarillos and cigars -- the same products that this ordinance removes from school zones.

Big Tobacco claims they don't use these flavors to market to youth. But look closer and the truth is easy to see. Phillies Sugarillo Cigarillos are advertised with the tagline, "when sweet isn't enough." Electronic cigarettes now come in flavors like gummy bear, cotton candy, bubble gum and Atomic Fireball. Swisher Sweets flavors include kid-friendly flavors like peach, strawberry, tropical fusion, chocolate, grape, and blueberry -- and they are called Swisher Sweets! 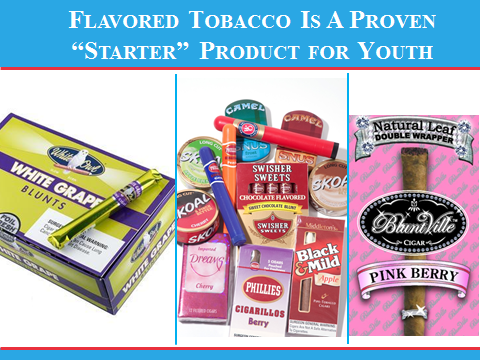 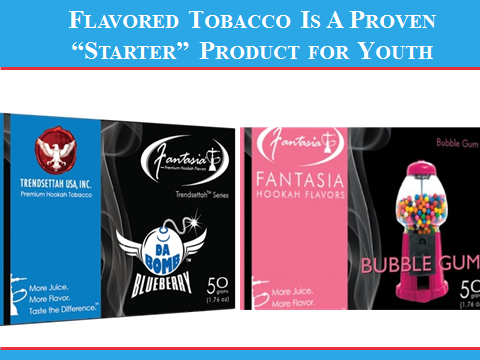 Furthermore, some products are sold individually or in two-packs, increasing their affordability and appeal to children. Because other flavored tobacco products are not taxed in many jurisdictions at the same rates as cigarettes, they are cheap. At less than $1 a piece, flavored cigars are accessible to even the youngest smokers and are an impulse purchase for many consumers. These dangerous and addictive products can cost less than a candy bar or an ice cream cone.

Mayor Emanuel and the Chicago City Council made it clear: Big Tobacco does not belong in school zones. We hope other cities will take notice and adopt similar legislation to restrict the sale of flavored tobacco without delay. Together we can keep more children from ever lighting up, which in turn will help them grow into healthier young adults.

Check out our new ads as part of Chicago's campaign and continue the conversation on Twitter #NoMoreMenthol. 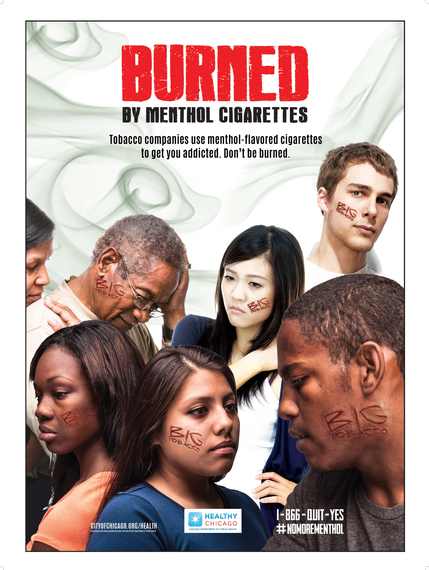