July 12 (Reuters) - The teenage survivor of a shooting attack in suburban Houston in which her parents and four siblings were killed told a memorial event on Saturday her family was "in a much better place" and that she was making a full recovery from her injuries.

Cassidy Stay, 15, spoke to a large gathering outside an elementary school three days after the shootings at her home. Police said Ronald Lee Haskell, 33, entered the house posing as a delivery man and searching for his former wife, the sister of Cassidy's mother. He then shot members of the family, authorities said.

Haskell is charged with capital murder.

Cassidy Stay wiped away tears but smiled as she spoke of her parents, Stephen Stay, 39, and Katie, 33, and her two brothers and two sisters, aged 4 to 14.

"I know that my mom, dad, Bryan, Emily, Becca and Zach are in a much better place and that I'll be able to see them again one day," Cassidy said in remarks televised by local media. "Thank you all for coming and for showing support for me and my family. Stay strong,"

Cassidy said she drew strength from the "Harry Potter" series of books and films.

"In 'The Prisoner of Azkaban,' Dumbledore says: 'Happiness can be found even in the darkest of times if one only remembers to turn on the light,'" she said.

"I'm feeling a lot better," she added, "and I'm on a straightforward path to a full recovery."

Cassidy, released from a hospital on Friday after treatment for a head wound, was credited by authorities with saving lives by calling the 911 emergency line and warning police the gunman was on his way to another house where relatives lived.

Police captured Haskell on Wednesday night after a four-hour standoff.

Doug Durham, Haskell's public defender, said his client had been in and out of hospitals in Utah and California with a history of mental illness and was not taking prescribed medication at the time of the killings.

Haskell collapsed in a Houston courtroom on Friday as details of the killings were read aloud. Harris County prosecutor Tammy Thomas told the judge that Haskell methodically executed the family, tying them up and then firing two bullets into each of them, starting with the mother. (Reporting by Kevin Murphy in Kansas City, Mo.,; Editing by Sharon Bernstein and Peter Cooney) 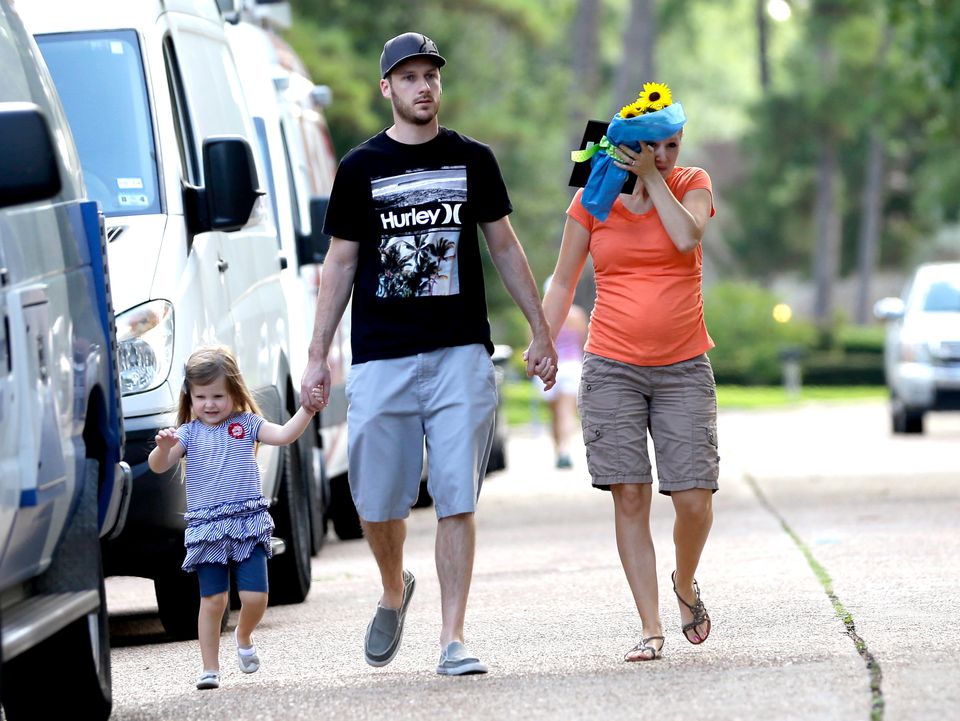 1 / 17
Houston Suburban Shooting
A family who identified themselves as friends of the victims, make their way to the house where six people were fatally shot to place flowers and a photograph on the porch Thursday, July 10, 2014, in Spring, Texas. The Harris County Sheriffâs Office says Ronald Lee Haskell was booked Thursday on a capital murder/multiple murders charge and held without bond. Authorities believe Haskell fatally shot two adults and four children on Wednesday night and critically wounded a 15-year-old girl, who called 911. (AP Photo/David J. Phillip)
ASSOCIATED PRESS