To teens, parents can be a bit embarrassing. So you can only imagine a 14-year-old's horror when both her mom and dad show up at her high school dance to surprise her ... and to capture her reaction on camera.

Earlier, Beth Bagley, a freshman, had made her parents promise not to chaperone the school dance, perhaps to ensure there would be no awkward parental run-ins.

And so Beth was happily dancing to the music with her friends, having a fabulous time, when she was suddenly interrupted by both her parents. They were at first just filming her dancing -- but then found themselves filming her truly epic reaction.

"Get out!" was the only thing the mortified teen could muster.

Beth's father, Judd Bagley, said he and his wife, Kristen, thought it would be fun to surprise their daughter -- not to embarrass her -- and to watch her having fun.

Judd was not only surprised by his daughter's reaction, he's also been blown away by the video going viral.

He posted the video online just over a week ago and it has since gotten over 750,000 views on YouTube.

"I'm shocked anybody beyond the few friends I put the video online for would see it," Judd told The Huffington Post.

As for folks concerned about Beth's embarrassment, just know she isn't hiding under a rock somewhere.

"Beth is having a great time with this," Judd said. "Her spunk and sense of humor are both the reason she comes off so hilariously in the video and the reason she's able to laugh at this situation and the unpredictable nature of the Internet." 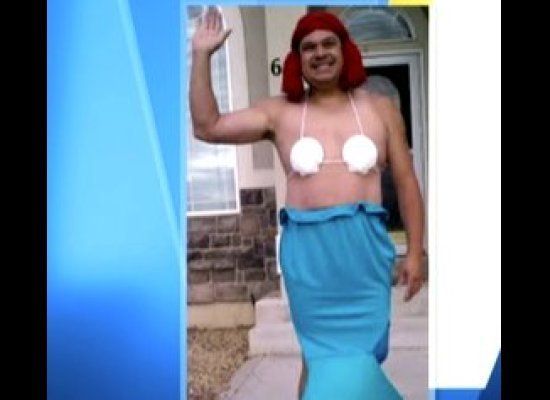