Every American parent has experienced the "epic fail" moment of parenting, when over a decade of child rearing meets the teenage ground zero attitude of resistance. Parenting a teen is without discrimination. Regardless of race, religion, creed, or ethnicity, all is viewed as equal, and in a world where the teenage mindset will compromise even the well-planned and effective parenting philosophies one has, it shows no prejudice. Dedicated and loving parents scramble to regroup after what one may call a parenting "encounter of a third kind." They begin to question the very goals in which they've practiced and instilled in their child for years -- of endless sacrifices and resources to prepare their child to identify and achieve success. For most parents, that is the ultimate parenting goal. 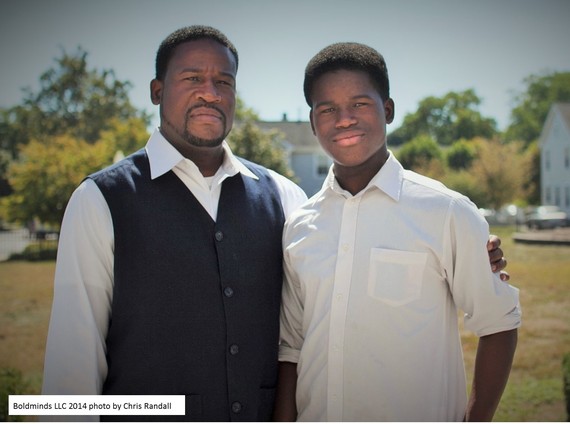 Parent or not, most adults have experienced the "been there done that" phase of life. This is the same trial and error acts of experimentation that got them through the survival of their young adult years. For those who had children, it ultimately lead them to the level of "Jedi" parenting status. But not everything is how it once was. Familial structures have changed, and so it seems values and dreams have as well. The unofficial economic American dream has been to make sure that the next generation moves ahead more successfully and rapidly than the one that came before it. Parents want their children to be better off than they were on every level. This desire has often been embedded in the family traditions in the way families have raised their children; however, over the past 20 years, the American family structure has changed from the traditional two parent family households with extended family members that included grandparents, aunts and uncles. As of 2014, it was estimated that 34 percent of American households were headed by unmarried single parents compared to the 46 percent of homes that still had traditional two-parent structures.

There have been plenty of hot topic debates, both politically and culturally, over the disadvantages of homes headed by a single parent. Many skeptics have claimed that the greatest disadvantage of single parent homes is the economic loss because these household are forced to operate on a limited and most times insufficient income. In addition, absent fathers have been cited as a major factor that has contributed mainly to the failure of urban males of color who eventually grow into young adults.

Recently, a new trend has begun among couples which is best described as common law marriage, or the cohabiting of parents without a formal marriage. These are often two people in a long-term live-in dating relationship in which they share children. Though it could be assumed that since the structure mimics that of a traditional marriage, it would deliver the positive effects and benefits of traditional married couples. On the contrary, in 2012, a new study released by National Marriage Project and the Institute for American Values, revealed that children who were a product of such a live-in situation showed very disturbing performances in their education, social life, self-esteem, and often explored risky behaviors.

There is a common trend in the homes of these progressing teenagers when it comes to general behavior development. In the years past, families that had dreams of their child attending a four-year college has changed to them being content with their child successfully graduating from a two-year junior college. Religiously conservative parents have had to reset moral footnoted protocols to a condensed moral life message to spell out "no children before marriage," when the no sex clause fails under their millennium life pressures. Even under wealthy, and presumed perfectly plan, family conditions, parents and age-old parenting strategies are under fire and scrutinized by volatile teenaged debates on every level.

Parents of all socio-economic, educational, religious, and ethnic backgrounds are faced with a new front on parenting. Unlike the children of the past, many of them have been raised by parents who were apprehensive to spank them. In addition, the new-age teenagers have moved far beyond using the threat of calling 911 to avoid house punishment rules, regulations, and teenage sanctions. They have crafted elaborate behaviors born out of conscious and sub-concision habits of rebellion and self-entitlement that is often played out through their expression on social media. Is the new millennium teenager's goal to outwit their parents? Not knowing in doing so, they are shortening their own destiny of success that they yearn to one day possess as an adult. However, it is quite possible that this teenage war on parenting is merely a misread development stage in the physical, mental and emotional state of the culture of young Americans struggling to read a non-existing blue print for success that they misunderstood to be a battle plan to protect their personal liberty.