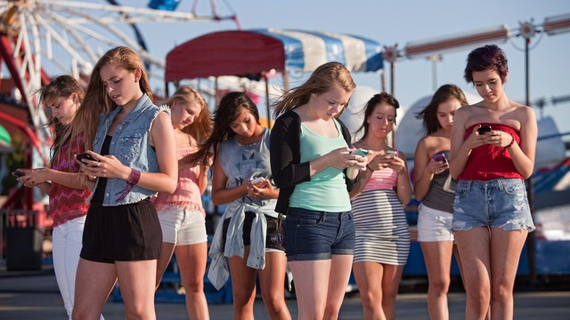 I attended an interview with Nancy Jo Sales about her book American Girls: Social Media and the Secret Lives of Teenagers, at the 2016 Woodstock Writers' Festival. Her research, based on conversations with over 200 teen girls from across the country representing all different demographics, painted a very disturbing picture of the world our teenage girls are living in:

Advertisement
During the Q&A, an articulate 13-year-old girl confidently shared her point of view. She thought parents are out of touch when it comes to their concerns about the over-sexualization of teens. She said she feels empowered that she can send nude pictures of herself on the internet and saw that as an expression of her agency over her own body. She likened parents worrying about their kids sending nude selfies to parents "in the 80's" who were afraid of their kids listening to rock n roll - they just don't understand.

As this young girl spoke with such certainty of her point of view, my heart hurt and was saddened and I was scared for her and this generation. As you will see, I hold a very strong opinion myself on the matter. But, what I would really like to come of this is not to make each other wrong, but rather to find a way to truly hear each other's concerns and evolve a cooperative response to this situation.

Here are my specific concerns:

Where do we go from here? How can we, as a society, help these children? I welcome your thoughts on this.

If you would like to know more about me, and my work please visit my website or email me at judithjohnson@hvc.rr.com