Around 2:30 am Sunday night, a truck traveling on Ohio's 1-71 hit, and killed, 17-year-old Leelah Alcorn. Her mother first posted to her Facebook account, alluding to her daughter's death as an accident. But later, the world would discover from a scheduled Suicide Note, that Leelah, born as Josh, had actually committed suicide.

The media has been fairly responsible in the reporting of Leelah's death, using proper pronouns and the name she felt most comfortable with. They've also made sure to reference help centers for transgender communities and suicide hotlines, because as research shows, suicide is preventable, if those around the suicidal person pick up on the signs.

Back in 2005, Chris Neukirchen, a 17-year-old from Germany, created a system, then known as Tumbleblogs, for short blog posts. Later, David Karp would become inspired by the teen's creation and create what we know as Tumblr today. To date, the site boasts a huge audience and a place among the top 10 most-visited sites in the U.S. With a website not only popular among digital outlets, but also optimized for mobile use, it's not a surprise that teens, the digital natives of the world, have developed a liking to the platform.

I began using Tumblr as a high school student myself, but with the Facebook and Instagram boom plaguing my brunch-obsessed generation, I've let it fall by the wayside. Still, I remember how much the Internet opened up to me during my time on the site and the endless amount of text, blogs, and images that flooded the feeds I searched daily. What I didn't remember -- until looking through Leelah's feed, that is -- is how dark Tumblr really is. In fact, within five minutes of scrolling through the 17-year-old's blog posts, the red flags were glaring back at me like a rabid, snarling animal.

Prior to her suicide note, Leelah posted photos of a man holding two pieces of paper to either side of his head -- one of a gun, the other blood splattering. As I went on, the messages (which have since been taken down) became even more disturbing.

"awwhhh! I don't know what's so inspiring about a gross tranny who has a weirdly proportioned body and sucks at make-up, but thank you, I wish you the best of luck"

And a flat-out statement of a planned suicide.

Leelah's death was not solely due to those on Tumblr who knew her and didn't see or know to reach out to her -- because even if they did, Leelah obviously needed more help. But the nature of Tumblr as a dark place does make suicidal thoughts and warning signs too commonplace.

Just a quick Google search of "tumblr" "dark" and "suicide" rendered over 18 million results of blogs and images related to these terms. Digging through the posts tagged as such rendered posts even more startling than the amount of search results. Images glorying "cutting," or self-harm, flooded the feeds as well as short posts from teens unveiling their depressed and utterly hopeless thoughts to a computer screen. 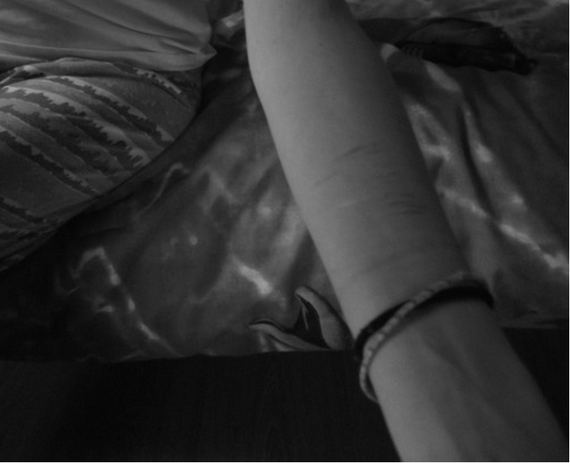 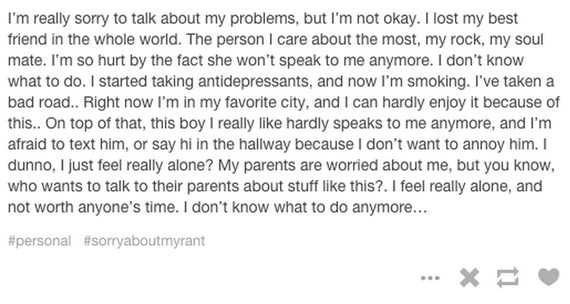 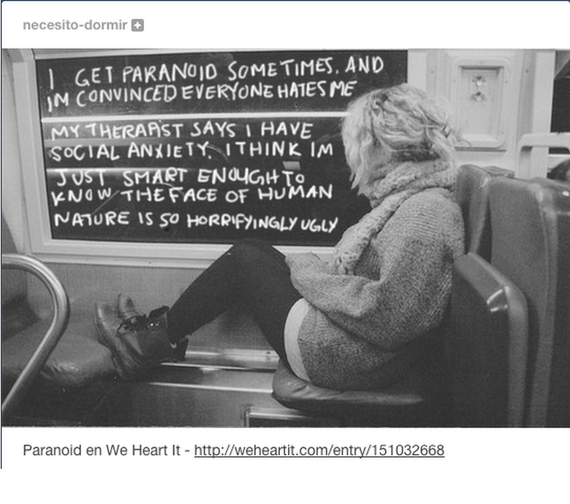 Young brains aren't fully developed, and they're stereotyped and often written off for their emotional behavior while hormones are still leveling. But with suicide the third cause of death in the U.S. for 10-24 year-old's per the CDC and 12 self-harm cases for every suicide, their temperament shouldn't be brushed off. Yet with 85 percent of teens' Internet usage unmonitored, the warning signs in plain sight often slip through the cracks and a whopping 80 percent of depressed teens don't receive help at all. Leelah was one of them.

"My death needs to be counted in the number of transgender people who commit suicide this year. I want someone to look at that number and say 'that's fucked up' and fix it. Fix society. Please," Leelah wrote, as a last plea in her suicide note.

What's also fucked up is the fact that teens are writing and blogging about their own suicides before they even happen, and that deserves to be fixed, too.