Sixteen teens have been arrested for allegedly holding a party in an empty Southern California mansion and stealing or destroying over $1 million worth of property.

High school students tweeted about plans to party in the backyard of a multimillion-dollar La Habra Heights mansion while the home owner was out of town, Lt. Arthur Scott of the Los Angeles County Sheriff’s Department Industry Station said to The Huffington Post. During the Nov. 23 party, the teens broke into the home and destroyed and stole over $1 million worth of property.

Stolen items include a mounted, taxidermied snow leopard, a suit of armor with a helmet and shield, military hats, nine Armani and other designer suits, Rolex watches, jewelry, electronics and more, according to the department.

“They just had a free-for-all once the place was broken into,” Scott said to KTLA. “Once entry was made, it was like, ‘Oh, this is fun.’”

Scott called the incident a "ghost-hosted party" and said that it was the first in the area that he's aware of. He said parties in general have become more of a problem because social media helps them grow quickly.

"There were beer bottles and cans everywhere. They were thrashing stuff all over the house," Scott said to HuffPost. "They think it's fun. But it's malicious mischief, and they don't understand the severity of it."

When the snow leopard was recovered, the suspect said he only grabbed it because all the “good stuff was gone," Scott said to the Los Angeles Times. Upon finding out that the leopard was worth more than a quarter of a million dollars, the suspect reportedly asked, "How many zeros is that?" 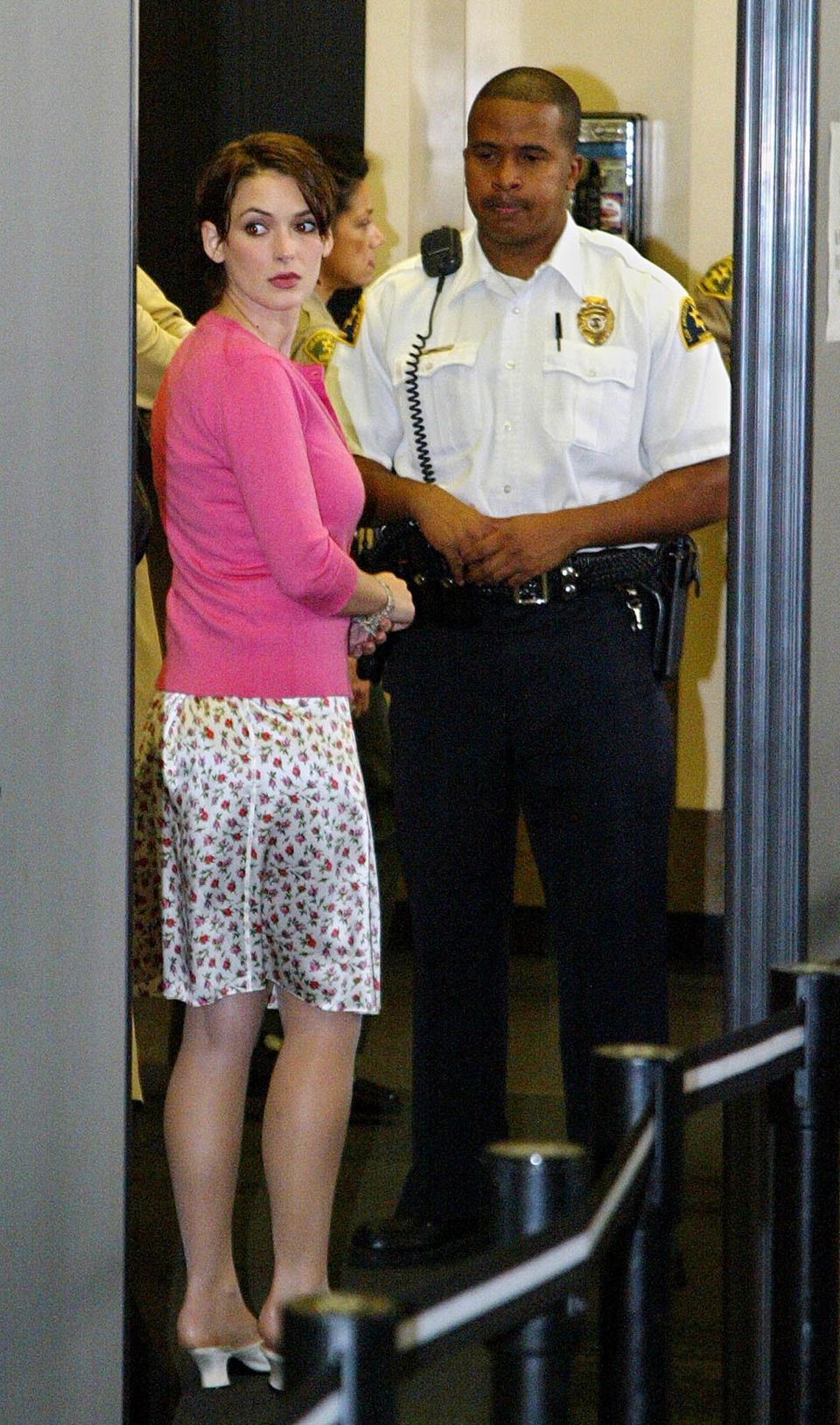 1 / 13
Winona Ryder's Illegal Saks Visit
In perhaps one of the most memorable celebrity lapses ever, Ryder was charged with shoplifting and illegal drug possession after security guards at the Saks Fifth Avenue in Beverly Hills suspected her of shoplifting $5,500 worth of clothing and accessories from the store in 2001. Ryder was charged with four felony charges; at the end of her trial, she agreed to reimburse Saks for the stolen goods. She was also sentenced to three years probation, 480 hours of community service, $3,700 in fines, and she was ordered to to attend psychological and drug counseling.
Getty