HuffPost Teen blogger Patrick Mott wrote in his latest post: "Our social networks can tell a story about us and, if you're like me, you want to make sure that the story your Twitter or Facebook tells about you is a good story."

Patrick was definitely on to something. According to a 2012 study, teens who use social media are more sympathetic to other people; about 55 percent of teens from the ages of 13 to 17 said that Facebook and Twitter opened their eyes to what others are experiencing.

And if anyone understands how to inspire others through their own personal experiences, it's this list of teens. From challenging a major corporation, to promoting equality at school, to touching the hearts of thousands of strangers through song, these young people recently used the power of social media to change the world. Scroll down to read their incredible stories.

1. Benjamin O'Keefe
Eighteen-year-old Benjamin O'Keefe was angered by Abecrombie & Fitch's CEO, Michael Jeffries, when his controversial remarks resurfaced from a 2006 interview about the brand only targeting "cool kids." In response, Benjamin wrote a blog for The Huffington Post and created a Change.org petition calling for consumers to boycott the company until the CEO issued an apology. Both went viral and the petition collected over 74,000 signatures. This caught the attention of Abercrombie executives who met with the teen to discuss future changes they plan on making.

"It's become so evident when people come together behind something they believe in, change really can come," Benjamin told HuffPost Live.

2. Minddrive Students
In May, a group of high school students from Missouri who are involved in an after-school program called Minddrive -- a non-profit that inspires at-risk teens by focusing on electric car design -- built a car fueled entirely by social media.

The teens restored an older car and programmed it to be powered by social media interactions like hashtagging #MindDrive on Twitter and Instagram, liking their Facebook page and watching their YouTube video. The students then used all of the social fuel they accumulated to drive from Missouri to Washington D.C. in order to meet with elected officials to raise awareness about the benefits of this innovative kind of education.

3. Calliope Wong
When Calliope Wong, a transgender woman, was rejected from Smith College because financial aid documents still registered her as male. The teen posted the rejection letter to her Tumblr. As a result, Smith College students created a Facebook photo project of women posing with signs supporting Wong. Calliope's rejection from Smith on the basis of her transgender identification also inspired a Change.org petition for Smith to "End Trans Discrimination in Admissions." After collecting over 4,000 signatures, students delivered the petition to administrators in May.

"I continue working so that others who care about equal rights have access to the truth," Wong told The Huffington Post. "And, most importantly, I do this for the transfolk after me, so that they might inherit better policies and a more just system of education.

4. Zach Sobiech
Last December, cancer patient Zach Sobiech posted a song he wrote for his friends and family onto YouTube as a way to say goodbye. The song, "Clouds," ended up inspiring thousands of people across the country, and his family started the Zach Sobiech Osteosarcoma Fund to support research into the rare form of cancer Zach suffered from.

“['Clouds'] was originally written for just my family and others who I love, but it’s meant to raise awareness for childhood cancer because I often think it gets forgotten about," Zach said.

5. Issak Wolfe
Transgender high school senior Issak Wolfe from Pennsylvania wanted to run for prom king, but school officials switched his name to the prom queen ballot instead. After his story was posted on the "Have a Gay Day" Facebook page in April, a Change.org petition was created to get his name on the prom king ballot as well as his correct name read at graduation. After getting shared on Reddit, the petition eventually collected over 4,000 signatures.

"I would like an apology, at a minimum," Issak told the York Daily Record. "I wasn't given a fair opportunity. I mean, if I don't win, I don't win but I'm not a queen."

Do these teens inspire you? What is the coolest social media campaign you've come across lately? Tell us in the comments or tweet at @HuffPostTeen.

PHOTO GALLERY
10 Most Positive Places On The Internet

Teens And Social Media: Young People Who Used The Internet To Do Major Good (VIDEO)
10 Most Positive Places On The Internet 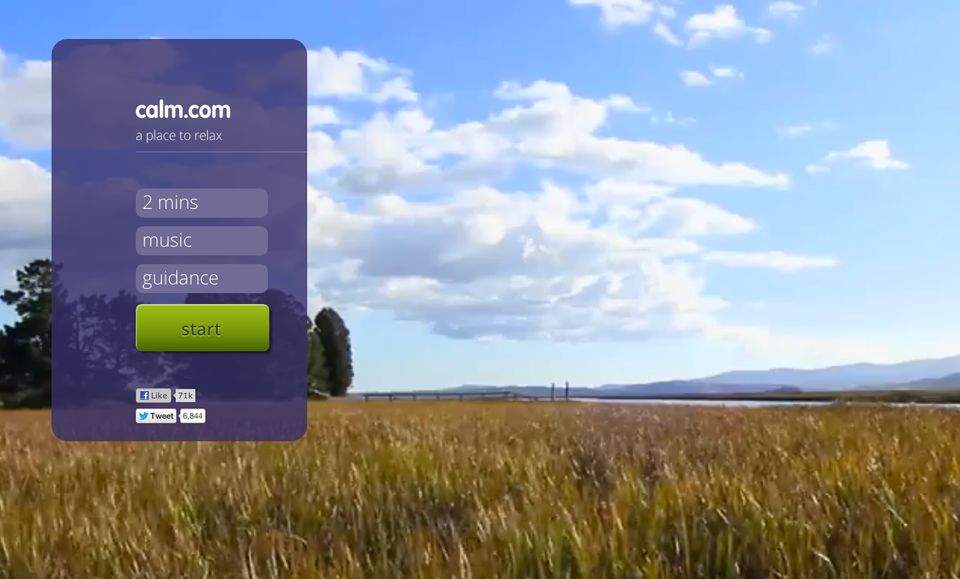 1 / 10
Calm.com
When you need a quick breather, there's no place like <a href="http://calm.com">calm.com</a>. With a soothing nature backdrop, the site allows you to choose between two-minute and 10-minute meditations, with our without music and auditory guidance.
calm.com