Evidence of religious practices dating back to the early days of King David and the Kingdom of Judah have been discovered at excavations run by the Israel Antiquities Authority in Tel Motza, west of Jerusalem.

According to the Israel Ministry of Foreign Affairs, the finds -- which include 2,750-year-old pottery figurines of men and horses -- provide rare evidence of a ritual cult at the beginning of the period of the monarchy.

“The ritual building at Tel Motza is an unusual and striking find, in light of the fact that there are hardly any remains of ritual buildings of the period in Judea at the time of the First Temple,” excavation directors Anna Eirikh, Hamoudi Khalaily and Shua Kisilevitz told The Times of Israel.

The Jerusalem Post noted the rarity of the find, given that "around the time of Hezekiah and Isaiah, Judaism abolished many ritual sites" so the Temple in Jerusalem could concentrate its symbolic power.

During this time period, the city of Jerusalem was also the region's main hub and the home to King David and King Solomon, according to the Times of Israel.

This is not the first time archaeological artifacts have been discovered at the Tel Motza site, however, the Jewish Telegraphic Agency reports, as previous finds have revealed artifacts from a number of periods.

An IAA statement described the walls of the religious structure as "massive," according to the Jewish Press, and described it as including a wide, east-facing entrance, which would be typical of temple construction for that time period and region. The structure also included a square structure -- possibly an altar -- in the temple courtyard. 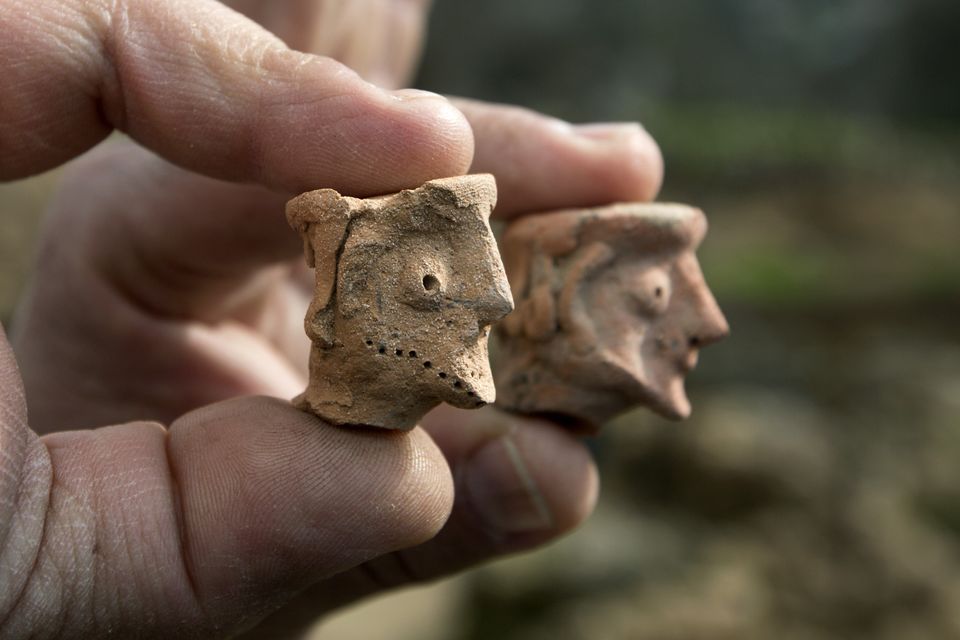 1 / 10
An Israel Antiquities Authority archeologist displays on December 26, 2012 clay figurines used for religious rituals and practices, dated to the early monarchic period (9-10th century. BC) of the Judaean monarchy, uncovered in Tel Motza near Jerusalem during rescue excavations.
Getty Images