Many states are experimenting with telemedicine to address health disparities that can depress student achievement.

ELKRIDGE, Md. — In late November, on the first cold morning of the season, a second-grader at Ducketts Lane Elementary School had trouble breathing during recess.

When the school nurse, Veronica DeSimone, examined the girl, she heard wheezing in her chest and noted her low oxygen levels. DeSimone determined that the child was having an asthma attack.

The nurse would have administered relieving medication, but the girl’s parents hadn’t yet signed a permission form or delivered their daughter’s medicine to the school. The girl’s father, the only parent available, was at work at least an hour away. There was not time to wait for him to come get his daughter.

Not long ago, DeSimone would have had to call an ambulance to take the child to the emergency room, forcing her to miss the rest of her classes that day.

Instead, DeSimone set up an online video and audio link to an emergency room pediatrician at Howard County General Hospital. With earlier permission from the girl’s parents to participate in the school’s telemedicine program, DeSimone examined her with a digital stethoscope, which allowed the pediatrician to listen to the girl’s lungs remotely.

The doctor quickly confirmed DeSimone’s diagnosis and directed her to administer the necessary medicine. Within 10 minutes, the child was breathing normally and back in class.

Telemedicine, increasingly used in prisons, nursing homes and remote areas, is becoming more common in schools. According to the American Telemedicine Association, at least 18 states authorize Medicaid reimbursement for telemedicine services provided in schools and 28 states plus Washington, D.C., require private insurers to cover telemedicine appointments as they would face-to-face doctor visits.

Telemedicine can’t always replace an in-person examination — a doctor often has to touch a patient, for example, to diagnose the cause of abdominal pain — but it does make it less likely that a child will have to miss class for a visit to the doctor’s office.

“The piece for me that is so exciting is how many more kids are able to stay in school,” said Heidi Balter, principal of Ducketts Lane, which was outfitted with telemedicine equipment a year ago.

Lawmakers and educators around the country echo that enthusiasm. “School telehealth will be a game changer in terms of children’s health, keeping them in school and improving educational outcomes,” said Democratic state Rep. Kip Kendrick, who helped pass a new Missouri law that allows Medicaid payments for telemedicine in the schools.

Many states still limit Medicaid reimbursement for telemedicine, and, according to the American Telemedicine Association, 24 states specify settings, such as a doctor’s office, where a patient must be in order to participate in a telemedicine appointment.

In Texas, the state Medical Board is involved in a legal dispute over its insistence that “a doctor-patient relationship” be established before telemedicine can be used. The dispute, however, doesn’t apply to school telemedicine as long as a school nurse is present.

But as state policymakers become more accustomed to telemedicine and familiar with its benefits, “we’re seeing many of the restrictions falling to the wayside,” said Latoya Thomas, the director of state policy for the American Telemedicine Association.

The impetus for school telemedicine in Howard County, where Ducketts Lane is located, came from former County Executive Ken Ulman. Ulman believed that health disparities in lower-income areas of the county were depressing student achievement, and that telemedicine might help.

In 2015, the county chose Ducketts Lane and five other elementary schools to be the first to offer telemedicine services. All of the schools drew students from economically disadvantaged areas and all had full-time nurses.

The county found a willing partner in Howard County General, which was looking for ways to expand access to its services. The hospital agreed to pick up the costs of making its emergency room pediatricians available for telemedicine calls from the six schools during school hours.

The county picked up the tab for the $27,000 in telemedicine technology that each school required. The equipment included a video monitor, a camera, and digital stethoscopes and otoscopes, to check ears, noses and throats and transmit the images.

Two local pediatric practices also agreed to make their doctors available. Unlike Howard County General, which is forgoing reimbursement, the practices bill private insurers when the children they treat have that coverage. Maryland Medicaid only covers telemedicine when a doctor or nurse practitioner (not a registered nurse, like most school nurses) is present during the exam.

Even when kids must miss school because they have contracted a contagious illness, such as strep throat or conjunctivitis, telemedicine allows remote doctors to make a quick diagnosis and prescribe medicine, hastening the child’s return to school, said Sharon Hobson, the head of telemedicine in Howard County schools.

Often telemedicine doctors are able to rule out a contagious condition, recognizing, for example, that reddened eyes are the result of allergy rather than conjunctivitis. “We used to have to send them home in the chance that it was pink eye,” said DeSimone. “Now we can keep them.”

Other school systems have reported similar results. Studies have also shown that telemedicine in schools reduces trips to the emergency room.

“Not having to pull my child out of school & take him to the pediatrician is a huge benefit,” one parent wrote in a Howard County schools survey. “Saves time & money.”

In the future, Hobson hopes that telemedicine in Howard County will be able to not only address acute health conditions — the sudden onset of symptoms — but also help students manage chronic conditions, such as asthma, attention deficit hyperactivity disorder and obesity. She also hopes to use telemedicine to provide mental health counseling.

The Medical University of South Carolina, in Charleston, provides telemedicine services to 47 schools. James McElligott, the medical director for telehealth at the hospital, said he is most gratified by the work the hospital does with Pace Academy, a school for children with multiple disabilities.

In the past, many of those children simply had to endure minor ailments, such as rashes and earaches, because it was just too difficult to transport them to a doctor or hospital. Now, using telemedicine, the Medical University can provide almost immediate relief.

Some doctors say they actually prefer telemedicine encounters to face-to-face exams with children. David Monroe, medical director of the Children’s Center at Howard County General, said the images provided by the telemedicine instruments are often better than what he can see using conventional equipment on a squirming child. “It’s easier because you get this high-definition picture, which I never get otherwise,” Monroe said. 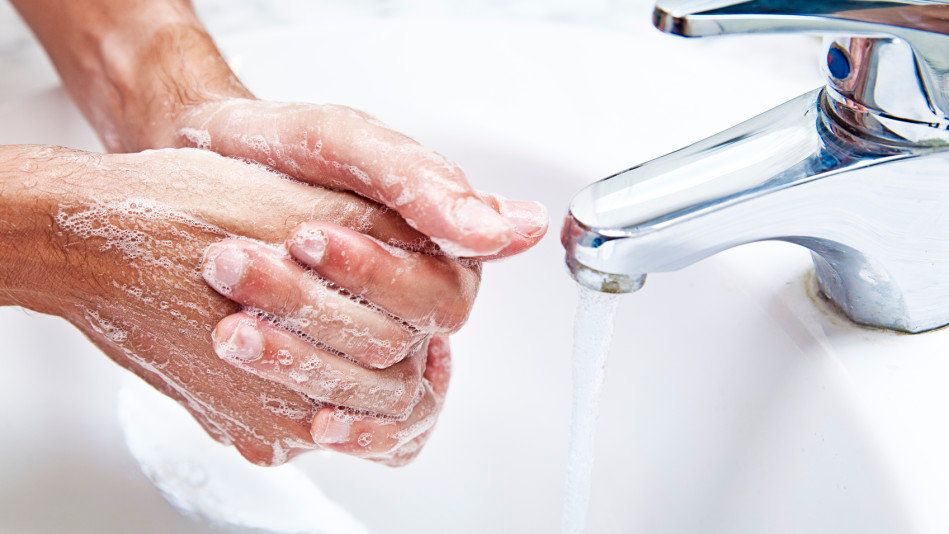 1 / 5
Keep Your Hands Clean
Doctors wash their hands a lot&mdash;before and after we see each patient. Scrubbing in for surgery, we typically wash all the way up our arms and under our nails. You don't need to be that extreme; a 20-second session with soap and warm water should do the trick. But make sure you're at the sink often enough. Of course, I wash before preparing food and eating, and after sneezing and using the bathroom. But I also suds up after eating and cleaning up. And I carry an alcohol-based hand sanitizer. (Look for a formula that's at least 60 percent alcohol.) Keeping your hands clean helps prevent the spread of not only flu but also other germs, like those that cause stomach bugs.
Credit Alija/Getty Images