Televangelist Joel Osteen told an evangelical Christian website that he follows the so-called “Billy Graham rule” ― suggesting that, in an attempt to protect his marriage, he won’t spend time alone with women other than his wife.

In an interview with the Christian Post, Osteen, a bestselling author and pastor of Houston’s 45,000-member Lakewood Church, was asked if he followed the rule, and how else he stayed accountable at a time when sexual assault scandals have brought down a slew of prominent pastors.

“I do and I always have, and my father did too,” Osteen said about the Billy Graham rule.

Osteen’s father, John Osteen, was also a writer and televangelist. The elder Osteen founded Lakewood in 1959.

“I think it’s important to be honest before God every day and check the reasons why you are doing what you are doing,” Osteen said. “To me, when I stand before God having a pure heart, I can go out and be my best.”

The Billy Graham rule, named for the famous late American evangelist, is meant to help Christian men avoid temptation and even the appearance of infidelity. It is still practiced by some conservative pastors. Vice President Mike Pence has also suggested that he follows a version of the rule.

But the rule also been criticized by some women, who claim it treats women as sexual objects and also prevents them from advancing in their careers.

HuffPost has reached out to Osteen’s staff for confirmation and additional comment.

Graham adopted his namesake rule, also called the Modesto Manifesto, in the late 1940s, while spending long days on missionary trips away from his family. In his 1997 autobiography, he wrote about how he and others in his ministry team heard that fellow evangelists had “fallen into immorality” while on the road.

“We pledged among ourselves to avoid any situation that would have even the appearance of compromise or suspicion,” Graham wrote in the autobiography, Just As I Am. “From that day on, I did not travel, meet or eat alone with a woman other than my wife.”

In response to the Me Too movement, some evangelical pastors again started encouraging people to follow the Billy Graham rule.

But others aren’t convinced that this is the answer.

Advocates for sexual assault survivors have long advocated for churches to set up clear and transparent accountability structures that encourage victims to report sexual assault in religious settings.

Earlier this year, a sexual assault scandal unseated the leadership team at Illinois’ Willow Creek Community Church. The autonomous, nondenominational evangelical church was criticized for giving too much power to its now disgraced Pastor Bill Hybels, who has been accused by multiple women of sexual misconduct.

Osteen told the Christian Post that he has a board of directors and an advisory board that oversees pastors at Lakewood, which is also a nondenominational evangelical megachurch.

Rev. Angela Denker, a Lutheran pastor, thinks the Billy Graham rule is an outdated practice that keeps women powerless and silent. It has “nothing to do with Jesus and everything to do with male superiority complex,” she wrote in an article for the Christian website Sojourners.

Denker said she’s been mentored by numerous male pastors over the years who advised her and helped her to advance in a male-dominated field.

The answer to Me Too isn’t “an antiquated, unfair-to-women, patriarchal dividing of the sexes,” Denker wrote. “The answer is to lift up the men who get it, the men who love and respect women.” 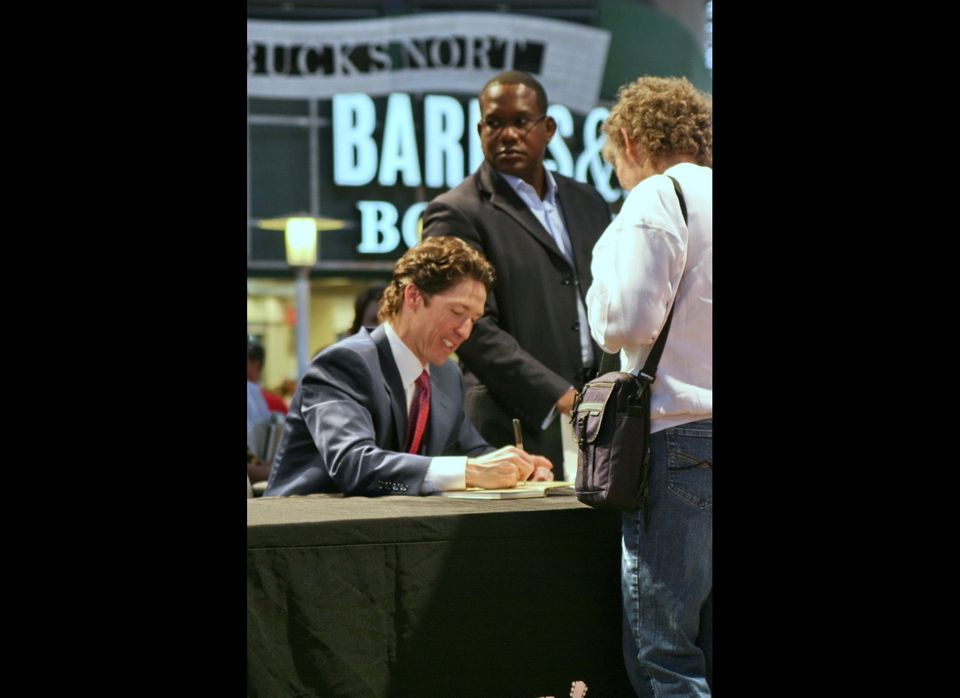