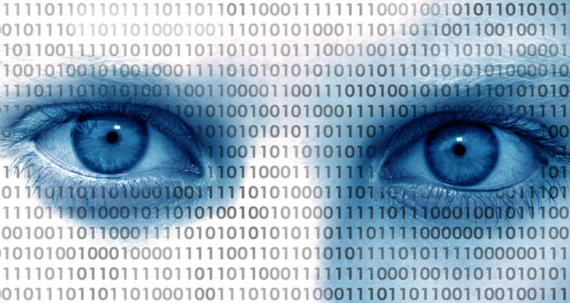 At the Upfronts (the week of madness in May where the broadcasters gather in New York to lay out all their coming attractions for the advertisers), almost every broadcaster and cable network this year included themes of "big data", "audience metrics" and "know your audience" in their pitches. NBCUniversal, Viacom, ABC Disney, CBS, Turner, Reelz, Fox, Discovery and AMC are turning to "audience data" to extend beyond old measurement models in order to provide refined metrics and brand affinity data to advertisers, who are beating down the doors demanding the better ROI that the new data-driven marketing affords them.

This is Television 2.0: An ambitious and vital step that needs to be taken by the television industry to generate, aggregate and deliver layers of meaningful audience metrics on each of their TV shows. Television 2.0 will be just like Television 1.0, except it will be powered by granular data. This transformation will drive dynamic ad insertion and addressability, but it will also have real-time second-screen addressability and transaction ability. Television, as a media, is about to grow up.

In terms of knowing your audience, for the once elusive linear TV show, this sounds like digital measurement. Because that is essentially what it is.

This is digital's doing.

Digital has changed the behavior and expectations of marketers, so much so that significant ad dollars are shifting away from television coffers and into the internet stew. Targeting, retargeting, cookies, niche content, etc. have all allowed marketers to get their message in front of their desired audience with greater precision and cost effectiveness during the most opportune time (in the customer's buying cycle) and then follow that customer straight through the buy button and beyond. The question isn't so much about why advertisers are shifting their spend, but more, why wouldn't they?

Television, serving up its traditionally small block of demographic information, has been in danger of becoming the nine hundred pound gorilla, sitting on the sidelines of a game played by bees. Everyone sees the gorilla, and it makes a lot of noise, but it's still a gorilla, and the bees are the ones making the honey.

Now, however, amidst an industry battered by changing viewer behaviors like time-shifting and emerging distribution models like OTT, television has found a way to hammer home its primacy as the de facto premium content provider that it has been for more than half a century. Great stories will always lead to great ratings; but now they will have granular audience data to back up the ad spend.

Television networks are busy "populating their audience data cloud" by adopting new tools and platforms that allow for enhanced audience measurement. Once the individual TV show starts to "know its audience", through audience segment demographics and even brand affinity profiles, the stage is set for both optimizing ad spend and targeted marketing.

The most progressive companies in Television 2.0, and I am proud to say that iPowow is one of them -- if not the leader in real-time TV audience data -- recognize that media companies are data companies. What TV or Ad execs wouldn't want the ability to see deep data and analytics on their viewers watching and participating right now, at this moment, during each program? Creative tools, like iPowow's Participation TV platform, have made the layering of data over linear television a breakout success, effectively bridging the "air-gap" between linear television and digital analytics.

This means advertisers no longer have to choose between the power and scale of television and the precision targeting of digital. By adopting and properly executing with such tools, TV networks are uncovering new opportunities for advertisers to find relevant customers.

Nielsen ratings are still the currency whereby transactions are measured in TV Land, and that is not likely to change soon. It would be like banks abandoning Wall Street and moving to Silicon Valley -- sure there's a lot of there there, but the history, experience and inertia within the industry guard against disruptions that could threaten the status quo. Instead, the data driven initiatives of Television 2.0 are going to be smart enhancements that provide audience insights and improve the buying of advertising space on television. At the same time, Television 2.0 is likely to expand the value of television content across all platforms, simply by "knowing the audience".

Knowing the audience, through engaging with the viewers in real-time during the TV show, leads to better targeting and eliminates waste. Coupled with the opportunity to generate ad revenue, that such enhancements like the iPowow platform provide, and it's no wonder that the world's largest TV networks are signing up to ride on the audience participation train.