An autism educator told me recently that she could think of only two reasons a parent wouldn't tell their child about autism: that they were ashamed of their child or that they thought the child was incompetent.

You know what's unhelpful? Assumptions like that. If you can't imagine a parent's love for their child so great that they would rather absorb all the hurt in the world than have their child hurt, you probably shouldn't be talking to parents at all.

Every time I've read about a parent telling a child about autism it has been The Big Talk. The parent sits the child down and tells them that their strengths and struggles are because of autism. Sometimes they read a book together about autism, then reveal the diagnosis to the child. It sounded Dramatic and possibly Tragic. If I sat my child down for A Talk, he'd think something was wrong.

So I started talking to my autistic friends. Lettuce told me that it should NOT be A Big Talk. Ibby agreed, saying that if it's big, it feels bad. The information should be in trickles, a little bit of at a time. And, Ibby added, make sure to throw in positive references like, "There's not enough train movies because there's not enough Autistics to think of it." Nick pointed out that we should avoid framing autism as a disease ("You have autism"), and instead use "You're autistic" in our descriptions. Nick also emphasized that in a family with more than one child, it's important to tell the child first before the siblings. Ibby suggested that we ask our children if they want to talk to other autistic people, either in person, online, or by typing.

And then it made perfect sense. I've already handled important issues with Jack without ever having A Big Talk. When Jack had seizures, I told him, eh, some people have them. I described what his looked like. I told him what usually brings them on. And when we have to go to the hospital, I make it a big adventure to see the ambulances. And he's fine. No Big Deal.

When some of our friends got married recently under newly-passed marriage equality laws, I said, "Oh, look, Jack! Our friends Xander and Ezekiel just got married." Jack said, "Two husbands?" I said, "yep" and life went on. It's a little new information that doesn't change anything about our two friends. No Big Deal.

When Jack says, "Tell me the story of when you got me" -- I absolutely LOVE how he phrases that -- I tell him that it took me a long time to get pregnant. I waited, it didn't happen, and I needed help from the doctor. I don't tell him the details -- he doesn't need to know all that -- but he knows that I had to have shots and medication. No Big Deal.

And finally, I got it. I got it! It's the same thing! A little new information, but No Big Deal. And then I got absolutely excited about telling him. Especially since I could finally say, "You know how you think model trains should be sold everywhere and for a lot less money? Well... if there were more Autistic people around, they would be."

So we've had some little conversations like this the past few days. My child is listening. No Big Deal. 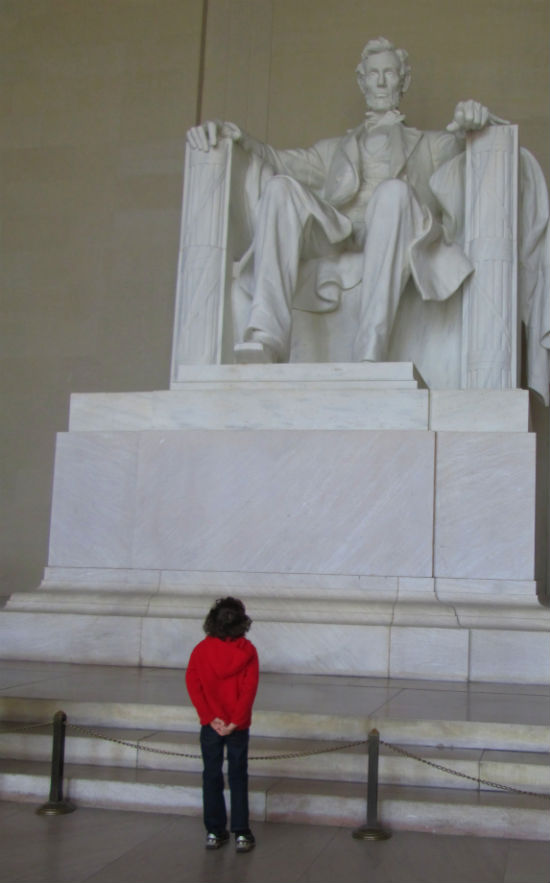 More:
ParentsAutismParenting autism spectrum disorder
Newsletter Sign Up
Raise the kind of person you'd like to know
Subscribe to our parenting newsletter.
Successfully Subscribed!
Realness delivered to your inbox

Writer at Mama Be Good