On New Year's Eve all clocks are synchronized for the epitome of countdowns. The clinking of champagne glasses and the first kiss of the New Year will all be coordinated to the descent of a twelve-foot-wide glowing geodesic sphere stationed on top of One Times Square. When all of its 11,875 pounds reach the bottom of its pole, we will know that the New Year has officially begun.

It wasn't always that way. But thanks to a time-honored tradition involving a lowered ball, a one-shot opening celebration has morphed into a spectacle that attracts 1 million revelers to Times Square each year.

One Times Square, formerly the headquarters of the New York Times, stands on an isolated triangle of land at Broadway, 7th Avenue, and 42nd Street. It has been the site of a major New Year's Eve party every year since the building opened in 1904, the same year the first subway line opened in Manhattan. The inaugural celebration was to fete the opening of the brand-new Times Building, which at the time was the second tallest skyscraper in Manhattan. However, the New Year of 1905 was kicked off with a display of more traditional fireworks set off from the top of the imposing building.

The great success was the party itself. Times Square instantly replaced downtown's Trinity Church as the new go-to place for New Year's jubilation. But shooting fireworks off the building ended only two years later when the city banned them, forcing the Times to find a different symbol for starting the New Year.

In an era of wind-up time keeping, a daily adjustment was needed to keep your clock in harmony with real time. The Western Union Company on Lower Broadway dropped a metallic ball from a spire atop their building every day at noon so that people on the street and in ships in the harbor could synchronize their watches. Similarly, a ball drop happened every day at England's Royal Observatory in Greenwich.

Therefore, in 1907, the association of a dropped ball with time-keeping was commonplace. The Times adopted the custom and even took it a step further by adorning their ball with 100 20-watt bulbs so that it could be seen at night from the ground far below.

Since 1907, the ball drop has signified the start of the New Year in all but two years, 1942 and 1943. During those war years, New York was subject to a "dimout" of lights intended to protect the city from Axis bombings. But even in wartime, enormous crowds still gathered in Times Square to usher in the New Year.

The New York Times no longer occupies the building at One Times Square, but the tradition they started now extends far beyond the geographic boundaries of the square or even the Eastern time zone. It is estimated that over one billion people around the globe watch the ball drop each year. 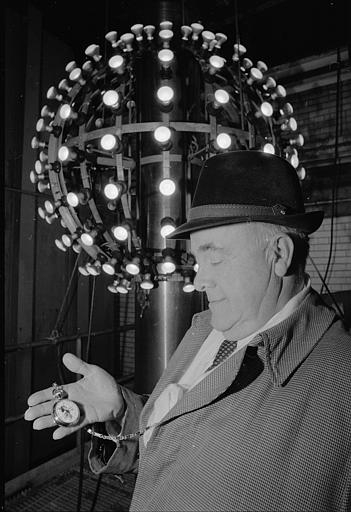 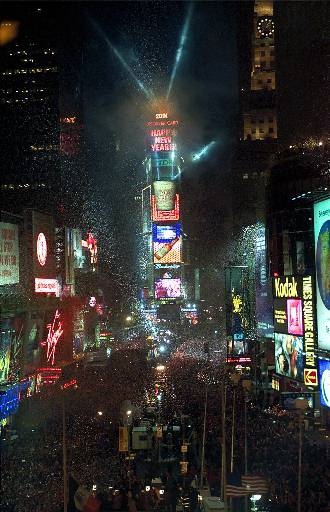