The Jerusalem site known to Jews as Temple Mount and to Muslims as the Haram al-Sharif, or the Noble Sanctuary, is not large -- less than three times the size of New York's Liberty Island. Nevertheless, it is once again at the center of a heated conflict.

Tensions between Israelis and Palestinians in Jerusalem have been particularly high since Oct. 29, when a Palestinian man tried to kill Yehuda Glick, a prominent American-born advocate for greater Israeli control over the contentious site. Since then, violent clashes and attacks have left several Palestinians and Israelis dead, and put Jerusalem and the West Bank on edge. Shortly after Glick's shooting, Israeli police barred Muslim men under age 35 from entering the sacred compound for over two weeks in what they said was an effort to avoid further violence. 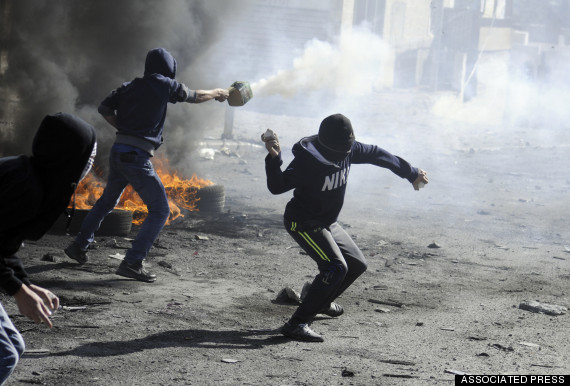 Muslims consider the Haram al-Sharif the third-most sacred site in Islam, after the holy cities of Mecca and Medina. The platform on the eastern edge of Jerusalem’s Old City is home to Al-Aqsa mosque and the Dome of the Rock, the shrine built on top of the Foundation Stone. According to Islamic tradition, this is the place where the Prophet Muhammad rose to heaven accompanied by two archangels to meet with the preceding prophets and with God.

The Foundation Stone has religious importance for Jews as well as Muslims. Jews consider it to be the place where creation itself began, as well as the site where Abraham went to sacrifice his son Isaac. Temple Mount also bears importance in Judaism as the site of the First and Second Temples, built respectively under the Kings Solomon and Herod. It is believed that the stone tablets with the Ten Commandments were kept in the Ark of the Covenant on top of the Foundation Stone during the time of the First Temple. While nothing is left of that First Temple, the Western Wall, on the southwest side of the compound, is a remnant of the Second Temple. 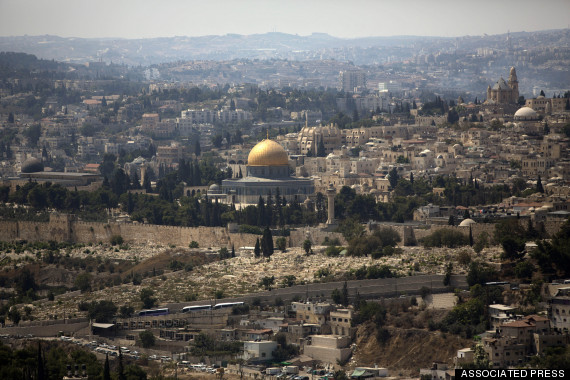 The Dome of the Rock mosque in the Al-Aqsa mosque compound, known to Jews as the Temple Mount, is seen in Jerusalem's Old City. (AP Photo/Sebastian Scheiner, File)

During the Six-Day War of 1967, Israel captured the area surrounding the compound from Jordan, but left control of the Muslim holy sites in the hands of religious authorities reporting to Jordan. In an effort to minimize tensions, Israeli authorities restricted Jewish prayer to the Western Wall and enforced a ban on non-Muslim prayer inside the compound. Today, non-Muslims can access the platform by a certain gate, but they can't pray at the site.

However, there's a growing movement that's calling for Jews to be able to pray inside the compound. A small yet impassioned group wants to take it even further and facilitate the creation of a Third Temple, something that only a minority of Israeli Jews support. Glick, the activist who was targeted on Oct. 29, is a prominent figure within this movement. 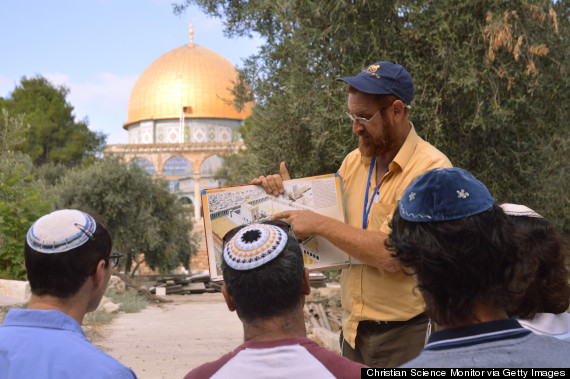 On a tour of the Temple Mount, Yehuda Glick shows religious Jews a diagram of the Jewish temple, which once stood where the golden Dome of the Rock is now, on Sept. 17, 2013 in Jerusalem. (Photo by Christa Case Bryant/The Christian Science Monitor via Getty Images)

The number of Jewish worshippers visiting the compound has steadily increased in recent years, stirring suspicion among Palestinians that Israelis will try to assert greater control over the site -- something a number of far-right Israeli lawmakers have also called for. Israeli authorities' recent refusal to let young Palestinian men pray at the site has also exacerbated worries in the Palestinian community.

Israeli Prime Minister Benjamin Netanyahu promised Jordan last week that there will be no changes to the status of the site. On Thursday, Netanyahu met with U.S. Secretary of State John Kerry and Jordan's King Abdullah II in an effort to calm tensions. On Friday, Israeli lifted the ban on Palestinian men under 35 entering the compound. 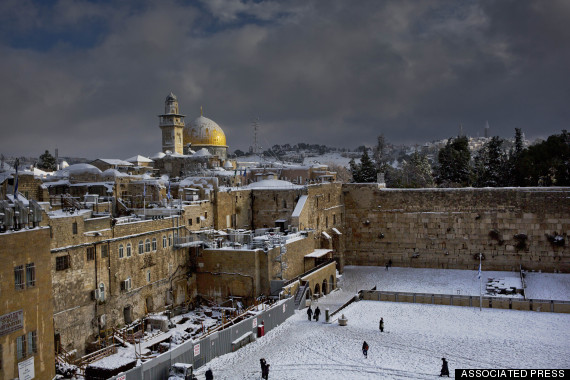 In this Dec. 13, 2013 file photo, the Western Wall, right, and the gilded Dome of the Rock, among the holiest sites for Jews and Muslims, are seen covered in snow. (AP Photo/Dusan Vranic, File)

For evidence of how events at the complex can have enormous implications, one need look no further than the controversial visit in September 2000 by then-Israeli opposition leader Ariel Sharon. On that occasion, Sharon, who would later become Israel's prime minister, walked around the complex with several right-wing members of his party. While he claimed to bear a message of peace, BBC correspondent Hilary Andersson reported at the time that the visit was clearly intended to underline the Jewish claim to the city of Jerusalem and its holy sites. Many have since characterized Sharon's visit as a deliberate provocation, and an instigating event of the yearslong conflict known as the Second Intifada. 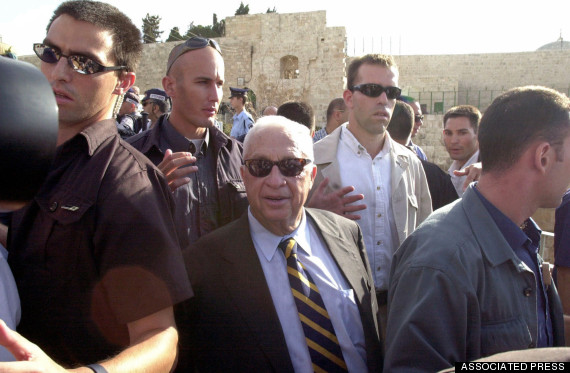