Call Them What They Are: "Regressives"

It has been a bad couple of weeks for regressives (the accurate term that we all should start using for the people who inaccurately label themselves as "conservatives").

Indeed, the 10-day period from June 18 to June 26 has been such a disastrous time for regressives that it may be looked back upon as the time when it became clear that history has passed by the "Conservative Movement" and left it untenable.

The series of earthquakes that have shaken the Regressive World's foundations began on June 18, when Pope Francis issued his encyclical on the environment and climate change, Laudato Si', and continued through the racist gunman's terrorist attack on Emanuel AME Church in Charleston and the reaction to it, to the Supreme Court decisions on the Affordable Care Act and same-sex marriage on Thursday and Friday and President Obama's remarkable speech in his eulogy to Rev. Clementa Pinckney a few hours after the latter decision was announced.

Going Up Against Science and Religion 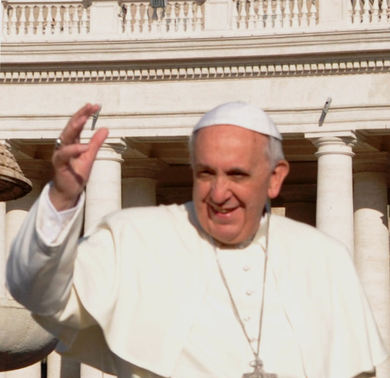 The Pope's encyclical links destruction of nature with such other injustices as inequality, poverty, and hunger. He called upon people around the globe to hear "both the cry of the Earth and the cry of the poor" resulting from "compulsive consumerism" and the pursuit of profit above all else. He chastised "obstructionist" climate change deniers who "seem mostly to be concerned with masking the problems or concealing their symptoms."

The encyclical amounts to a nearly complete condemnation of regressive economic and social policy.

The Pope's words made climate change a religious, as well as a scientific, issue. It is a question on which regressive Republicans are totally identified with the other side. As leading Catholic commentator Father Thomas Reese put it: "Suddenly, you're not just doing it for the polar bears, you're doing it for God."

Surely the Pope's powerful declaration will shrink further the number of Americans who agree with the climate change deniers. A Pew poll taken before the papal encyclical found that only 25 percent of Americans believe that global warming is not happening and a Gallup poll in March found that 55 percent of Americans believe we are already experiencing the effects of global warming. Yet Republican presidential candidates are obliged to reject both science and the Pope in order to appeal to the party's regressive base.

The "Southern Strategy" Has Become a Liability 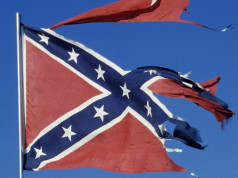 The Charleston horror left Republicans scrambling to distance themselves from the Confederate flag and other symbols of racism that many of them have been embracing since the 1960s. There is, though, no sign that they plan to ease up on their efforts to prevent minority people from voting. They understand that the emerging diverse America is not one in which they can win elections with their current positions -- but the regressive base of their party insists that they stick with those positions. Republicans sold their soul to the devil in the late 1960s in a pact called the "Southern Strategy." It enabled the party to win several national elections. Satan is now demanding his payment.

"The Sixties" Have Won<

To put it another way, Republicans have identified themselves since 1968 as the "anti-Sixties party." Now, though, on one issue after another, the Sixties have won.

Beyond the justice of the two huge Supreme Court decisions this week, they leave Republicans desperately trying to appease their base by embracing increasingly unpopular positions.

The percentage of Americans who think the Affordable Care Act should be repealed has been noticeably declining in recent months, falling to 31 percent in a CBS News/New York Times in mid-June. That poll also found, for the first time, more Americans approving (47 percent) than disapproving (44 percent) of the health care law. And in this poll prior to Friday's decision, a stunning 70 percent of all Americans (and 70 percent of independents) said the Supreme Court should allow the government to "continue to provide financial assistance to help some low and moderate income Americans buy health insurance."

That's right: 70 percent of Americans support the Obamacare decision that every Republican presidential candidate denounced in the harshest terms. And it is almost certain that support for Obamacare will grow between now and the 2016 Election.

Equal Rights for ALL: An Idea Whose Time Has Come 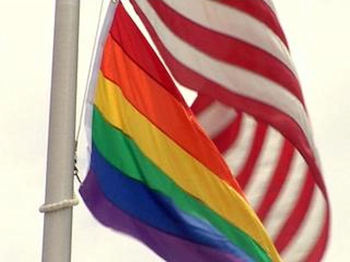 What about Friday's decision? Recent polls consistently show that 57 percent or more of Americans (and, significantly, 59 percent of independents) favor same-sex marriage.

And young Republicans, like young Americans in general, are overwhelmingly in favor of same-sex marriage and full equality for LGBT people. Yet Republican presidential hopefuls are furiously competing with each other to appeal to the party's regressive base and so digging themselves ever deeper into a hole out of which it will be exceedingly difficult for them to climb.

Then there were President Obama's superb speeches following the SCOTUS decision on the ACA on Thursday and, particularly, at the funeral of Rev. Pinckney on Friday. If they, combined with the continually improving economy and the extraordinarily good week the President had, do not result in his popularity increasing, it will be very surprising.

A Bleak Political Landscape for Regressives

The political landscape on other major issues is similarly bleak for regressive Republicans. A CBS News/New York Times poll in May found that 66 percent of Americans believe that "the money and wealth in this country should be more evenly distributed among more people," 67 percent think "the gap between the rich and the poor in the U.S. is getting larger," and 65 percent believe that "the gap between rich and poor in this country is a problem that needs to be addressed now."

On one major issue after another, Republicans have shown themselves to be regressives who want to go backward instead of forward. And they are out of step with growing majorities of Americans on every one of them.

It was, as Judith Viorst would put it, "a terrible, horrible, no good, very bad" 10 days for Regressives and the Republican party that they dominate. They find themselves on the wrong side of history on issue after issue and would have to change their positions across the board in order to have much hope of avoiding being consigned to the dustbin of history.

Robert S. McElvaine is the author of ten nonfiction books and is completing his first novel, "What It Feels Like."