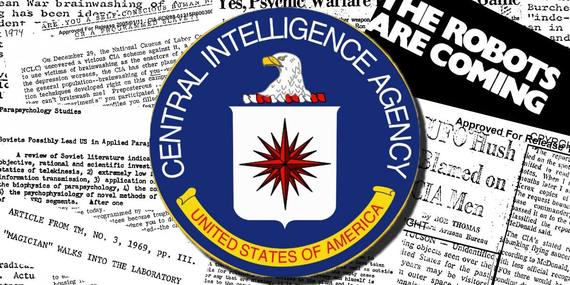 On Tuesday, the CIA uploaded 12 million declassified pages onto a searchable online database -- the first time that these documents had been viewable anywhere other than on four computers in a single room in Washington D.C. The CREST database, which stands for CIA Records Search Tool, contains an astounding number of documents on a variety of topics dating back to the 1940s.

Some of these documents are about important, world-changing topics. Others are truly weird and mundane. Here are ten of the strangest ones that Inverse found while searching through the database. It's not immediately clear why the CIA had all these documents, many of which were newspaper or magazine clippings, in its archives. All that matters is that they were important to the agency, for whatever reason, at some point in time.

1. A Washington Post article titled "Yes, Psychic Warfare Is Part of the Game"

This 1981 article reports that the Pentagon had spent $6 million on psychic warfare, including attempts to crack Soviet codes with ESP, and a proposed missile defense system over the north pole that would suck enemy nukes into the past. These missiles would then kill dinosaurs, or something, leaving present-day America unscathed.

2. A list of jokes about the Soviet Union meant for the deputy director of central intelligence

Don't let it be said that the CIA doesn't have a sense of humor. This document, simply titled "Soviet Jokes for the DDCI" lists several knee-slappers about the U.S.S.R. Maybe they were funnier at the time.

3. "Are you a self-conscious human being or a programmed slave?"

This, uh, interesting 1974 document was produced by the National Caucus of Labor Committees after it "uncovered a vicious CIA scheme against it, a scheme which was to use victims of brainwashing as the enactors of assassination." It's a lot to take in.

4. An experimental psychic probe of the planet Jupiter

This document from 1973 records the attempts of two men, Harold Sherman and Ingo Swann, as they attempted to conduct a psychic probe of Jupiter in order to test their abilities and see what the gas giant was really like. The pair conducted their probes separately, and then shared their results with one another. They hoped that NASA's Pioneer 10 module, which was about to pass Jupiter, might be able to verify some of their psychic claims.

5. A 1969 testimony from a Russian engineer about a local psychic who could supposedly heal people with his hands

This document, titled "'Magician' walks into the laboratory," is a translated document about a "magician" who can create windows into unknown worlds in Tbilisi, Georgia. It is enthusiastic, and utterly bewildering.

6. An entire issue of a magazine called Flying Saucers UFO Reports from the 1960s 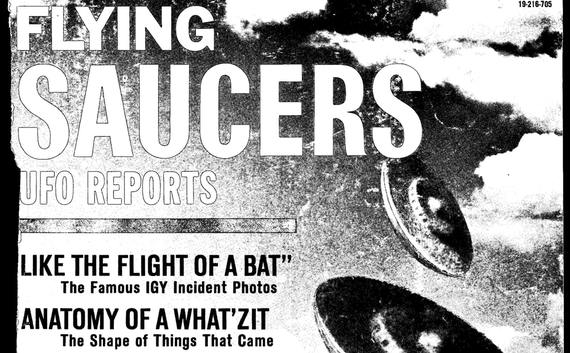 You know how in the movie Men in Black, Tommy Lee Jones's character reads trashy tabloid magazines because they often have the real scoop on whatever crazy alien activities are happening on Earth? Well, the CIA had this cheap-looking magazine in its classified archives. Just something to think about.

7. A newspaper clipping accusing the CIA of suppressing talk about UFOs

This 1966 article from the Arizona Republic was headlined "UFO Hush Blamed on CIA Men," which is a pretty perfect headline, in my humble opinion.

8. A report warning that Soviets might be beating the U.S. in "applied Parapsychology Studies"

This 1975 report from the Weekly Surveyor reports of "a review of Soviet literature" from the 1960s indicating that the Russians were leading the United States in the crucial areas of "electrostatics of telekinesis" and "the construction of remote physiological monitors," among other things.

9. A state department memo warning that anti-American propaganda in Soviet media was accusing the U.S. of stealing Nazi gold

This memorandum, which reached Secretary of State Henry Kissinger, lays out a laundry list of propaganda at the U.S.' expense, including reports of racial unrest in the States and American soldiers committing war crimes in Asia. (To be fair, there probably was some truth to that.) It also notes that Americans supposedly stole Nazi gold in 1945.

10. An internal CIA memo about a shortage of Coca-Cola bottles

On August 4, 1954, someone at the CIA had to send everyone a message instructing all employees to return their empty Coke bottles to the vending machine when they were done drinking them. In other words, the weirdest thing we learned about the CIA is that its got petty office politics, just like any mundane office job.