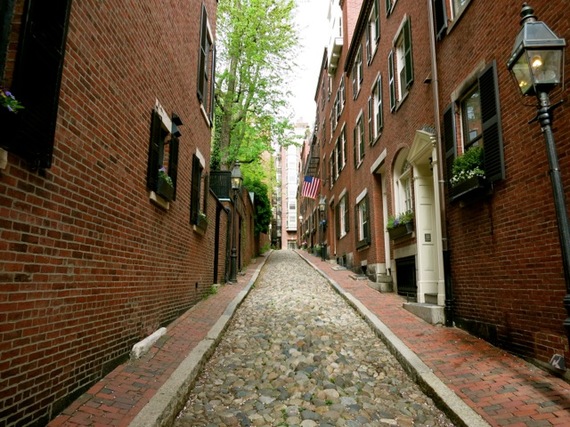 You've done the Freedom Trail, you've gone to the museums, now discover what some Bostonians don't even know about their own city. Here are ten secret spots. How many are you familiar with? Want a bit more? The Getaway Mavens take a deeper dive. 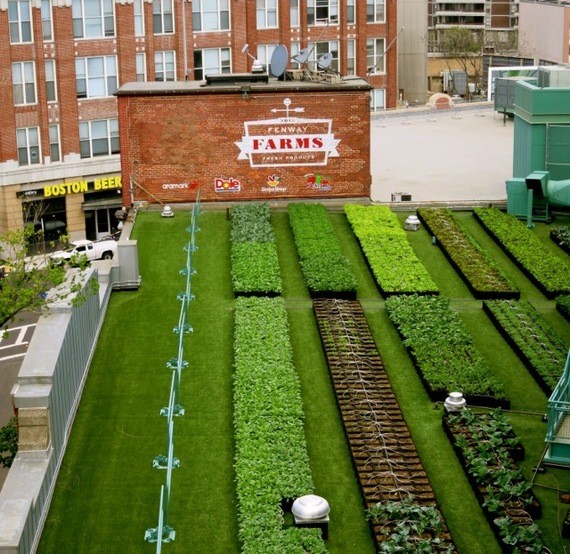 1. Fenway Farms @ Fenway Ball Park. The home of the Boston Red Sox, now grows its own vegetables. Utilizing 18,000 sq. feet of dead space, Fenway Farms grows much of the produce for EMC Level (suites) catering and food service for the stadium. You'll discover this little known tidbit on an enlightening tour of the field where one of America's first baseball dynasties has played since 1912. Another secret: There's a decades-old message hidden in the scoreboard. Take the $18 tour to find out what it is. 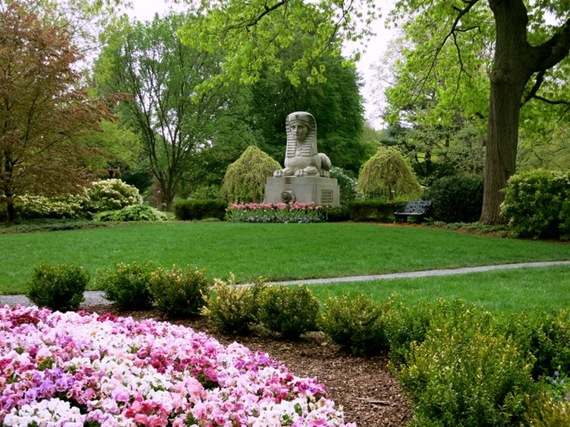 2. Mount Auburn Cemetery in Cambridge is a bird-watching hotspot. Opened in 1831, and predating city parks, the still active, 175-acre Mount Auburn was the first "Garden Cemetery" in the nation. Currently the resting place of 93,000 souls of all faiths, Mount Auburn was fashioned for the dead and living alike, inspiring public park starchitects like Frederick Law Olmsted to design the likes of Central Park in New York. Mount Auburn is open to the public for free, and you can drive or walk its beautiful acres. Another fact known to most birders - Mount Auburn happens to be a favorite of those winged creatures during migratory seasons - so you just might bump into nature lovers going for their Big Year.

3. High Tech geniuses might be plotting the next groundbreaking "disruption" over lunch on the hard-to-find Kendall Square Roof Garden. Though its official address is 4 Cambridge Center, the garden can be accessed from the parking garage of 80 Broadway in Cambridge. 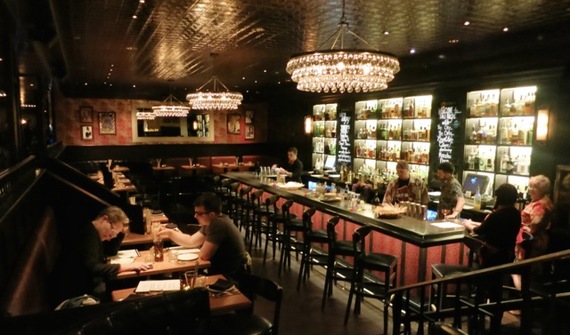 4. Wink and Nod is a speakeasy -- and a pop-up restaurant. A new concept on the restaurant scene, Wink and Nod, a below street level, dimly lit, doorman bar, also serves as a place where up and coming chefs explore, experiment and build a following over the course of six months. 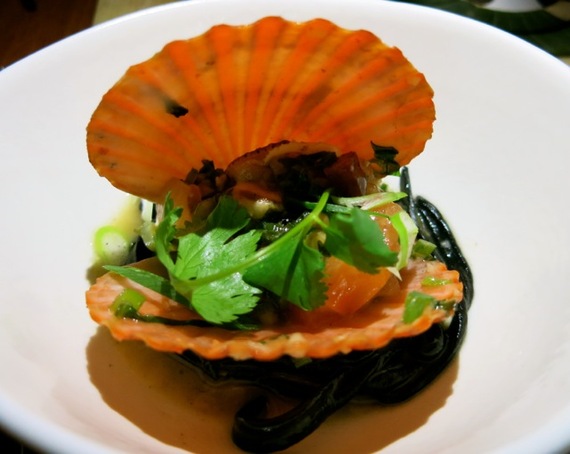 5. He's not exactly a "spot," but Chef Patrick Enage is a hidden treasure and a culinary genius to watch. Formerly chef de cuisine of City Landing and Twenty-Eight Atlantic at the Wequassett Resort, you'll now find him creating some of the most exhilarating and fantastically flavored Southeast Asian cuisine at his pop-up spot, Akinto, in the Wink and Nod speakeasy (see #4). Enage's forte is perfectly balanced tastes and textures culled from the land of his birth, the Philippines. Each dish is a masterpiece. Hopefully, after September 2015, he will have his own restaurant. 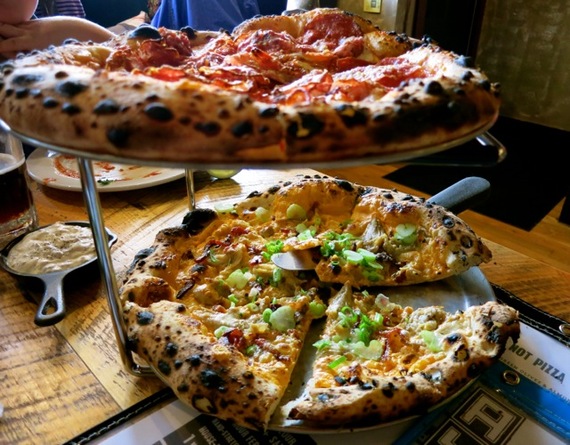 6. A4 Pizza, Somerville. Most Bostonians know about Area Four in Cambridge. But this outpost is the rustic bar-scene to Area Four's futuristic family place. Wood-fired pizza comes out bubbled and blistered with sourdough crusts described by one food writer as "somewhere between New Haven and Neapolitan Style." However, Matty S, a very astute 12-year-old, describes the crust here as "Naan-like." Pair up a pie with an order of the decadent Garlic Knots for the perfect meal before heading half a mile down the road to... 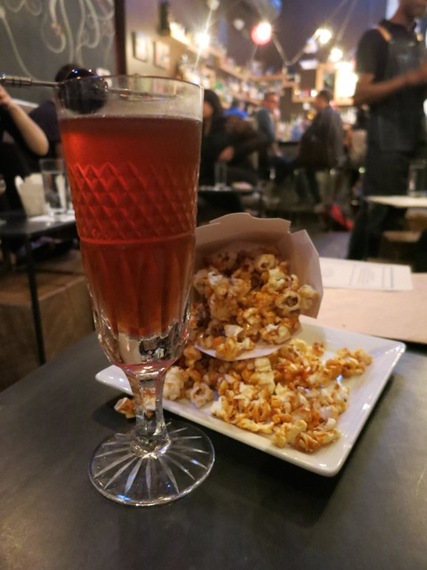 7. Backbar, Somerville. Backbar is tough to find, but getting easier now that the word is out. Find the red door in the back of a strip of shops and restaurants, which leads you down a hallway to a second door. Pass through to find a cool, spacious room decorated with funky finds, bottles of spirits stacked on wood shelves behind a welcoming bar, and bartenders shaking up concoctions like "Whittle Litaly," "Pina Pepper Colada," and the signature Jim Beam Black "Model T." Ask for the irresistible Spicy Caramel Popcorn ($3, $5) with or without bacon. Wow. 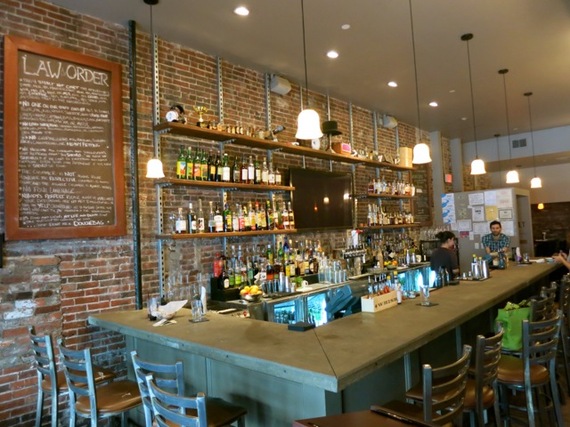 8. The secret room in the back of jm Curley. A block from The Boston Common, jm Curley is known for it's cocktails, burgers and nervy "Law & Order" laws. But what most people don't know is that there's a hidden room in the back with its own name - Bogie's Place -- it's own décor (leather banquets), and its own cosmopolitan steakhouse menu. So private I was not allowed to take pictures, you'll have to make a reservation to score one of 16 seats. 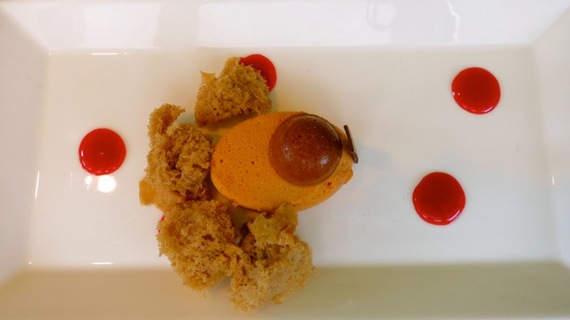 9. Bees on the roof of the Taj Hotel make the honey used in Taj Café desserts. Yes, there are hives atop this swanky hotel on Newbury St. across from the Public Gardens. The Taj Café has been tweaking its menu from "ladies who lunch" salads to deeper and more exotic offerings. As an India-based hotel, the Café offers a "Duel Menu" - with both New England and Indian cuisine. Just leave room for one of the house-made fresh-honey desserts. 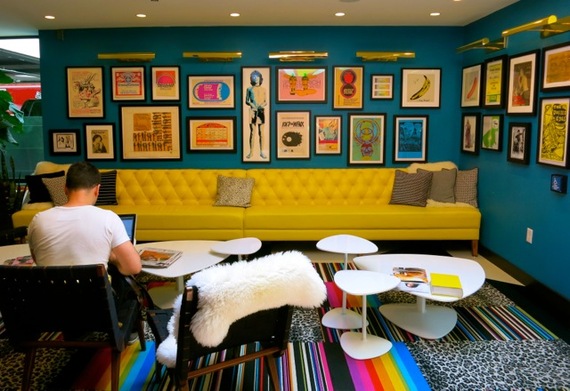 10. Verb Hotel. Speaking of bees, the buzz has been growing about this Rock and Roll boutique hotel in the shadow of Fenway Park, opened since August 2014. Many people don't know that The Verb is actually the renovated and "upcycled" Howard Johnsons, which stood on the same site. Situated on incredibly valuable land, developers first intended to knock down the HoJo and build a high-rise before they got all nostalgic for its role as a hangout for the area's music scene. Now bright, beautiful, and fun, the Verb's 93 rooms are generally sold out during Red Sox games and concerts, and increasingly booked off-season as well due to the hotel's astonishingly cool vibe.