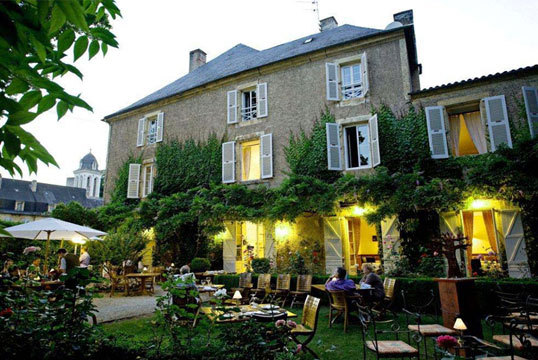 Tucked away in all corners in France are delightful inns offering warm hospitality, rural tranquillity and, in many cases, excellent food. Here, The Good Hotel Guide picks ten of its favourite hotels from its collection of hidden gems in France - the kind of hotels that are recommended by friends rather than travel guides. 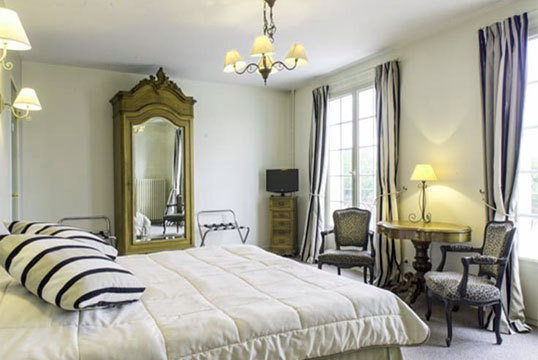 Set on the banks of the Vienna River, below the impressive 10th century Royal Fortress Castle, Hotel Agnes Sorel has newly renovated and stylish rooms in two buildings - one overlooking the river and the other set around a charming patio. They describe their rooms as 'luminous', and they're not far off - what's more, they're excellent value too. 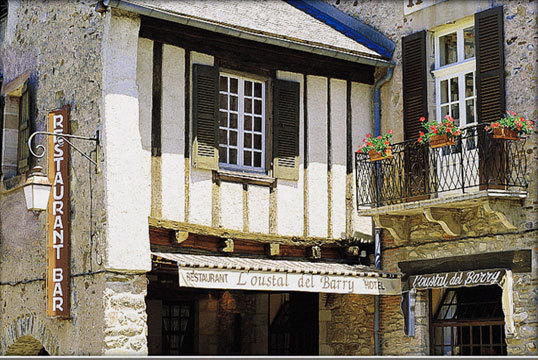 In a remote spot above the Aveyron gorges, the well-preserved bastide village of Najac (population 250) was founded in the 13th century below a hilltop fortress, now a ruin. In the village square is L'Oustal del Barry, a rustic restaurant-with-rooms offering much-admired cooking, a dining terrace, and simple but comfortable rooms, some with views over the garden. 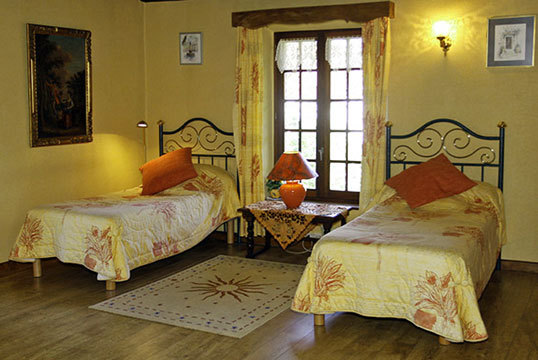 In a rural setting just outside a small village, La Commanderie has a garden bordering on the pretty little Créquoise River. The two rooms, furnished in French country style, face the garden and river. One has a conservatory and kitchen and the other, a suite with two bedrooms, bathroom and a games room, is ideal for a family. Delicious breakfasts with homemade jams are served in a room with a log fire. 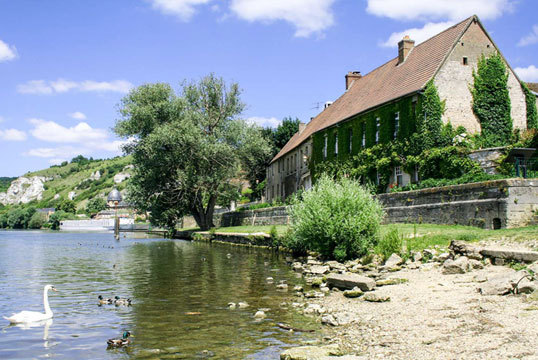 Originally an 18th-century coaching inn, La Chaine d'Or stands on a loop of the Seine, by the village square; above are the ruins of Château Gaillard, built by Richard Cœur de Lion in 1196. The 12 elegant and traditionally furnished rooms look out onto the river, garden or village church. In the charming beamed restaurant, most tables have a river view; the regional fare is excellent. 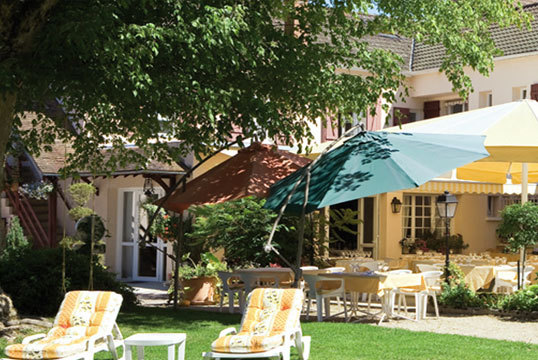 In a village in rolling Burgundy country, Hotel Les Fleurs, run by a friendly husband-and-wife team, is a small white-fronted restaurant-with-rooms. Most of the seven quiet bedrooms are at the rear, facing the pretty garden, full of trees, shrubs and flowers. The small but excellent menu specialises in fish, and there's a terrace for summer dining. 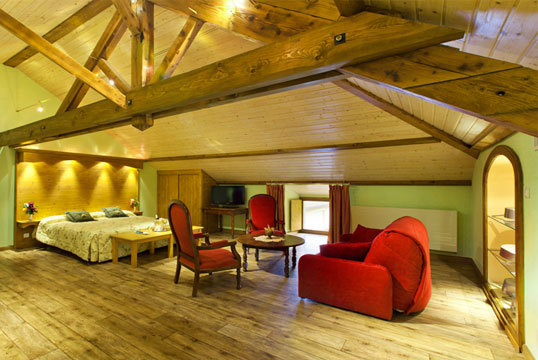 Smart and stylish, Hostellerie Bressane offers tranquillity, good value and excellent dining: regional specialities are served in the light, modern, semi-conservatory dining room or in the garden under a 200-year-old plane tree. The quietest bedrooms are in a bungalow around a pleasant flowery garden with a pond; others are in the old main building. 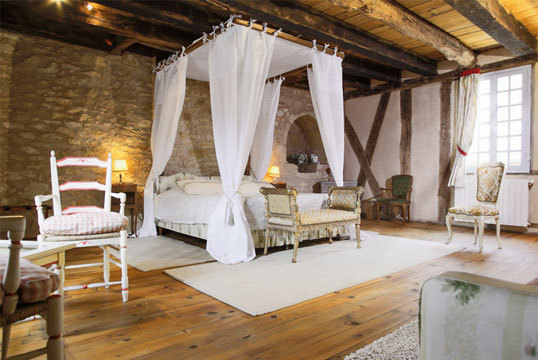 By the River Vézère in the medieval village of Montignac, Hostellerie La Roseraie is a very stylish hotel set in a handsome 19th-century building surrounded by ivy-covered walls, mature trees, a goldfish pond and lots of roses. There's also a swimming pool. Some of the rooms face the river; the best have four-poster beds. Drinks and snacks are served on the terrace, or under parasols on a lawn. 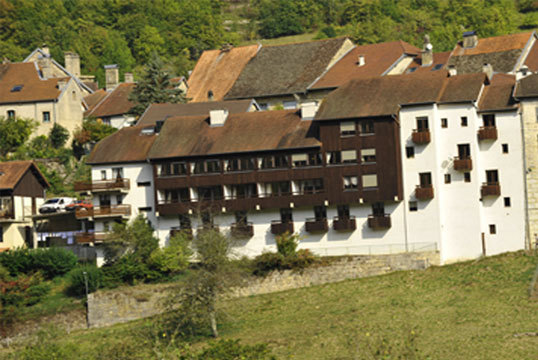 Hotel La Cascade is a traditional country inn set on a rocky outcrop in a village in a beautiful part of the Jura. Most of the simple rooms have balconies overlooking the River Loue flowing through a fantastic limestone gorge, and there's a restaurant with panoramic views and a terrace. The set lunches and dinners include local produce. 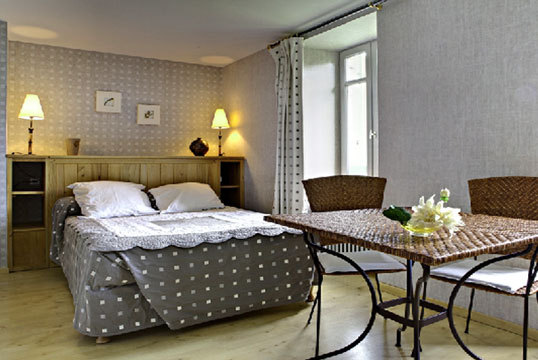 Set in a pretty village high on an escarpment above the valleys of the Lot, Auberge du Fel is a rural ivy-clad inn with only ten rooms. Four are in the original part of the building, up creaky stairs, the rest are newer, and most have a balcony, high above the chestnut trees. There are amazing views from the dining room, and several areas for outside eating. Good, family cooking based on traditional menus is on offer. 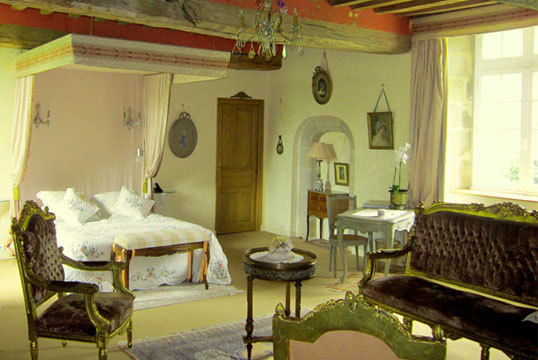 Manoir de la Hazaie, a rural, stone-built manor house, has just six romantic bedrooms; some have a fireplace and beamed ceiling, and two are in a watermill by a lake. A fixed menu dinner is served every evening at 8pm in the elegant dining room, and breakfasts are excellent. In the grounds are fountains, a medieval garden and a large swimming pool.

This selection is taken from the Good Hotel Guide's Hotels in France.