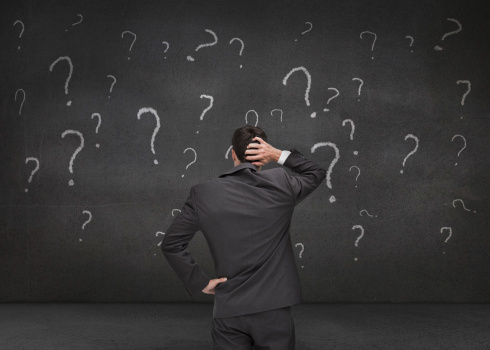 1. What is late discovery adoption?

Late discovery adoption refers to a person learning in adulthood that they were adopted as children. Those of us who discovered their adoption status as adults are sometimes called late discovery adoptees, or LDAs, though not everyone embraces this label.

2. How do people discover as adults that they were adopted?

The discovery can happen in many ways, at any time, any place, and at any age. Parents or other relatives can inform the adoptee, or the adoptee can discover it themselves, sometimes accidentally. Some make the discovery over the internet, while tracing their genealogies, while looking through family records, and more.

3. Why might a parent not tell a child that they were adopted?

There can be many reasons. Some might hold back in an effort to help their children integrate into their families. Some do so to in hopes of protecting their children, such as from potential stigma. Some, like my mother, do so in the hopes that they can avoid overwhelming them, such as if the child and family are already struggling to cope with other events or crises. Others may do so out of self-interest, fear, or to cover feelings of shame and guilt. Still others may do so out of a combination of these and many other reasons.

4. How many late discovery adoptees are there?

There are no official records or statistics about how many late discovery adoptees there are, but it's estimated that about 2 percent of U.S. citizens, or about 6,000,000 people, are adoptees. Most adoptees learn of their adoptive status during childhood.

5. Are there resources about late discovery?

Thanks to the internet, many resources are available. The Child Welfare Information Gateway has useful information, as does the American Adoption Congress and the Donaldson Adoption Institute.

6. I'm a late discovery adoptee. How can I connect with other adoptees?

In addition to the resources above, there are many adoption related websites, like Secret Sons and Daughters and Lost Daughters and organizations like the Adoptee Rights Coalition. There are many good adoption blogs out there, too, such as Amanda H .L. Transue-Woolston's The Declassified Adoptee and JaeRan Kim's Harlow's Monkey. Social media, such as Twitter and the hashtags #adoption and #FlipTheScript, can also help make your voice heard and connect you to the adoption community.

7. I just discovered as an adult that I was adopted and it's overwhelming. How do I cope?

No two people are the same; therefore what's best for you depends on your unique needs, experiences, and circumstances. You might, for example, wish to reach out to the adoption community, to a trained professional, and to friends and family for understanding and support. Take your time to discover and decide what is best for you. Know that your feelings are valid and that you're not alone.

8. What is best way for an adoptive parent to tell an adult that they were adopted?

While most people would likely agree that it is best to disclose a person's adoption status in childhood, there is no easy or single "right" way to have this discussion at any age. The vast majority of resources focus on discussions between one or more parents and an adopted child, a challenging discussion that can be magnified considerably when those involved are all adults. Be prepared for a lot of questions and for a broad range of complicated emotions. You may wish to enlist the help of family, friends, and trained professionals when needed and where appropriate. Try to be forthcoming, open-minded, understanding, and supportive. Everyone has a right to know who and what they are.

9. What are consequences of discovering as an adult that you were adopted?

Everyone experiences something unique. Some find it brings them closer to their adoptive families and loved ones. Others experience a range of emotions like shock, denial, depression, anger, and anxiety, while some may have few or no problems at all. For some, late discovery can require a renegotiation of the person's identity (such as resolving an identity crisis) and it can affect their family and intimate relationships. The discovery can have far-ranging effects, such as on a person's medical treatment and family planning. It can also mean a redefinition of the person's racial and ethnic identities for those whose true ancestral origins were hidden.

The effects of late discovery can vary widely and can impact the adoptee's psychological wellbeing and medical health. Experiences and reactions can also change over time, with new challenges presenting themselves at different points in an adoptee's life.

Everyone has a unique experience and perspective, all of which deserve to be heard. Many see themselves as no different than anyone else, fellow adoptees included. Some have few or no problems with their late discovery, viewing it as a positive experience. For others, such a discovery can be devastating. For some, being an adoptee is central to their identity and life's work while for others it's one small part of a much larger picture. Some support adoption, some oppose it, and some fall in between these two extremes. Some come to celebrate National Adoption Awareness Month (November) and National Adoption Day (Nov. 21st this year) while others may view it as a painful reminder of loss and trauma.

In my own experience, accidentally discovering that I was adopted was earth shattering. I found myself in an identity crisis in which everything I thought I knew about myself, including my family, my ancestry and cultural identity, even my hopes for my religious freedom, were redefined. I still wrestle with the impact of the discovery nearly two decades later, but the experience has also taught me a great deal. It taught me the importance of supporting adoptee rights and that family often transcends blood. It also taught me that what matters most is not "what" we are but "who" we are.

DaShanne Stokes is an author, speaker, and commentator known for his work advancing civil rights and social justice. He recently completed a memoir about his experiences.