1) "Native American" is a universally acceptable and honorable name for the same people that the current name disrespects and dishonors.

2) Washington can keep the same logo. No, it is not depiction of modern Native Americans any more than the Minnesota Viking resembles a modern Scandinavian. But it's not an offensive cartoon like the Cleveland Indian, either. And it can always be upgraded at a later date, like the outdated and goofy "Boston Patriot" became the modern, stylized "New England Patriot."

3) It would mock the "America's Team" moniker of their arch rival. It would give Cowboys haters one more reason to root for Washington.

4) In addition to referring to the original inhabitants of the American continents, the name applies to the citizens of the nation for which Washington is the capital.

5) There is no risk that that the U.S. Patent and Trademark Office will declare the name to be invalid. It would never be confused with American Airlines, American Express, American Telephone and Telegraph, American Furniture or the American Broadcasting Corporation.

6) The next time Washington wins the Super Bowl, it would be the Americans beating the top team in the American Football Conference for the American championship.

7) Sportscasters would be able to utter the team's name on live TV without sounding like ignorant racists.

8) The sport is called "American football" on other continents, where "football" refers to soccer.

10) They can still appeal to right-wing football fans by accusing their opponents of being "anti-American."

11) And finally, the only argument likely to appeal to a cynical owner: It's a name that would unify and almost certainly bring new fans (including many Native Americans, I suspect).

Washington's gain in popularity would more than offset any loss of unfaithful fans who would ditch their team over a name change. So it's the right thing to do, even if money were all that mattered. 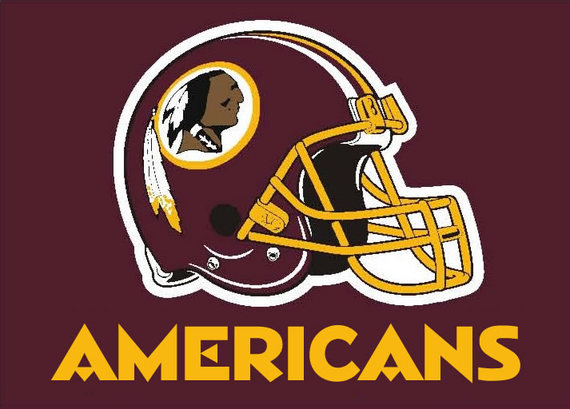