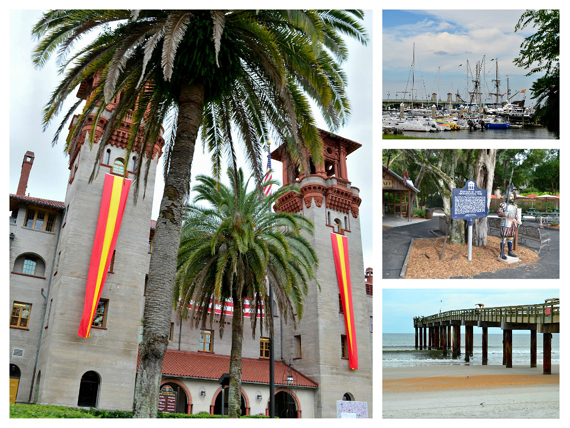 Proudly laying claim as America's oldest city, the historical and charming St. Augustine was founded in in 1565 and is also considered by many to be America's most romantic destination. The brick-lined streets are reminiscent of the old town districts of European cities. Horse-drawn carriages carry tourists past grand historical architecture. The pleasant, sometimes humid, subtropical climate and coastal location combine to create an alluring, warm and sunny environment.

Enjoy the celebration without the crowds

This year, St. Augustine celebrates its 450 anniversary of the city's founding. The official five-day Street and Music Festival was held from September 4th - 6th. The city was jammed with tourists during that time. But it's not too late to celebrate the city's milestone birthday, and in fact, without the crowds, a more authentic vibe can be experienced

See why Flagler was so impressed

Henry Flagler arrived in St. Augustine in the 1880's. Flagler fell in love with St. Augustine was instrumental in turning the city into a winter resort for wealthy northerners. Flagler created the Florida East Coast Railway, and established its headquarters in St. Augustine. He also hired the well-known architectural firm of Carrère and Hastings to design the Alcazar Hotel, the Ponce de León Hotel and several other beautiful buildings in St. Augustine. The city's historic buildings, landmarks, and other notable sites are best seen on the Old Town Trolley Tours, where you can hop on or off at any of the stops for more in-depth exploration.

Go to jail for disturbing the peace 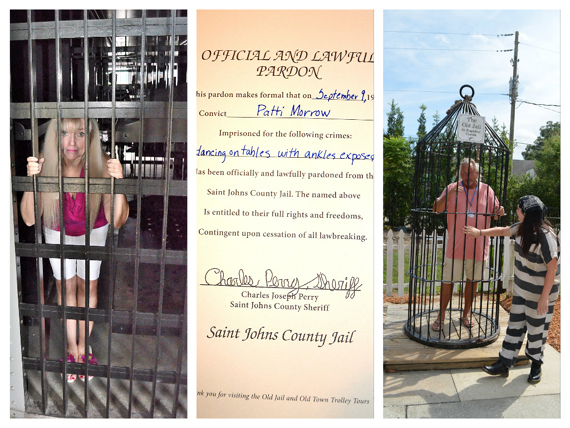 Henry Flagler paid the county $10,000 to finance building the (new) Old Jail in 1891 in order to take over the land where the former jail stood. He needed the land to build the Ponce de Leon Hotel. The Spartan prison was originally built to hold 72 prisoners, including eight men who were hung from the gallows on the grounds outside. The Old Jail is now a museum (some say haunted), with period-garbed tour guides and several settings for humorous photo opportunities. At the end of the tour, you can receive a written sheriff's pardon if you happened to get caught "dancing on the tables with your ankles showing" or "bringing horses to the fourth floor." 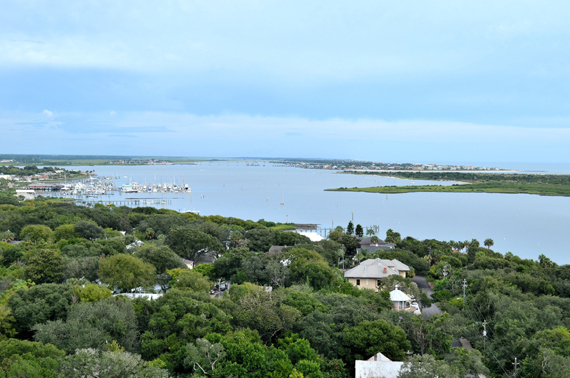 For those with the endurance to climb the 219 spiraling steps to the top of the lighthouse, be prepared to be rewarded for you efforts with stunning 360-degree panoramic view of the city and the Atlantic Ocean.

The Castillo de San Marcos is the oldest masonry fort in the United States. The impressive structure, built by the Spanish in the late 1600's, stands sentry on the coast of the Old City. The walls of the fort are constructed from coquina - a kind of rock made from compressed shells harvested from the coastline.

Stroll on the beach

42 miles of pristine beaches invite guests to swim or simply take a walk on the shore or under the pier. 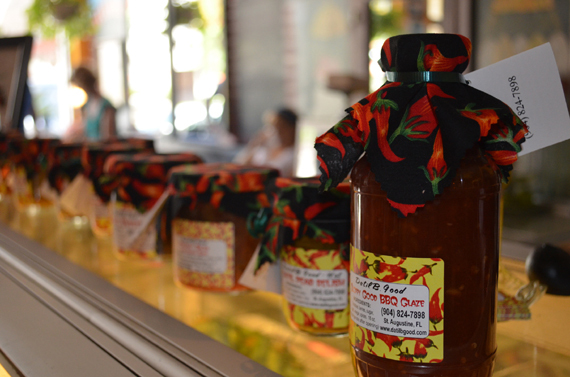 While in historic downtown, stop in at the Hot Shot Bakery for some delectable non-traditional panini such as the delicious "Hubba Panini " - turkey, cream cheese, provolone, sliced apples, and spicy Datil jelly. Sherry Stoppelbein, the shop's personable owner, is known for her award-winning sauces made from the Datil pepper, unique to St. Augustine. The café has a gigantic "Wall of Flame" with photos of everyone who has been brave enough to eat a chocolate-dipped Datil pepper.

Whether fact or fiction, the most likely 1513 landing site of Spanish explorer Ponce de Leon is thought to be St. Augustine. Despite the lack of clear, substantial evidence, the Fountain of Youth Discovery Park contains an artesian well claimed to be the freshwater source sought by Ponce de Leon. While the story may well be a myth, it's still fun to visit the attractive gardens and grounds, and drink from the fountain and hope for an extended future.

Stay in a historic B&B 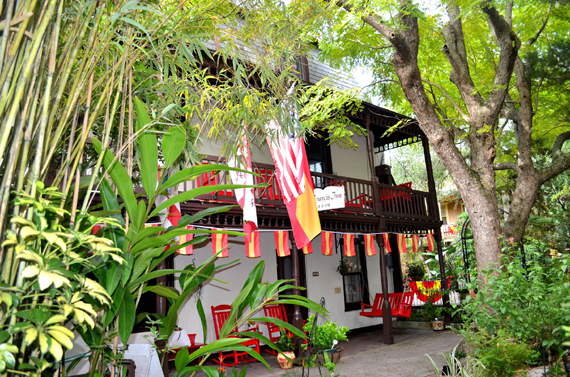 Combine the perfect ingredients of ambiance and location, and you'll find yourself at the picturesque St. Francis Inn. Built in 1791, the B&B is set on a quiet street but a mere few minutes' walk to the hub of activity, restaurants, nightlife and shops of the pristine downtown area. The spacious rooms are tastefully appointed with antique furnishings, and some have fireplaces and balconies offering pleasant views. The common room welcomes guests to daily buffet breakfast, wine and cheese in late afternoon, and deserts at 9 pm.

Take in a "Night of Lights"

St. Augustine's Nights of Lights will begin the Saturday before the Thanksgiving holiday, November 21st, and runs through January 31, 2016. The festival is magical, with millions of tiny white lights glowing everywhere in sight. The event mimic's the Spanish Christmas tradition of displaying a white candle in the windows, symbolizing the city's 450th year. The festival was named by National Geographic in 2011 and 2012 as one of the ten best holiday lighting displays in the world.

Disclosure: The author was honored to be the guest of the St. Francis Inn during her stay in St. Augustine, but as always, the opinions, reviews and experiences are solely her own.