Fathers, feel you lost contact with your teenage sons and you would like to reconnect - and show them that there is more to Dad than they think, seeing you crumpled up in front of the TV at the end of a long working day? 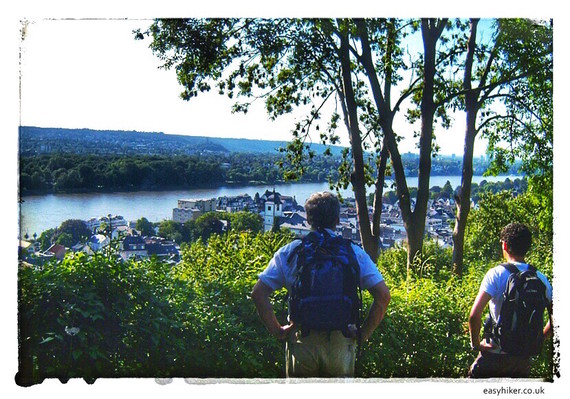 Help is at hand! An easy hiking trip of several days can provide father and son the perfect opportunity for getting to know each other. As long as you respect the following rules:

1. Do not try too hard
Don't let your holiday collapse under the sheer weight of your expectations. You've been neglecting the relationship with your son a little - and sometimes feel you hardly know him anymore. You wouldn't be able to say much more about him than that he likes to sleep till 3 p.m. and listens to something that he calls "music" and that you'd classify as "noise". So, don't expect a miracle, like a tearful embrace at the end of a three-day hike: "Dad, you're the greatest Dad in the whole wide WORLD!" This only happens in Hollywood movies.

Instead, tell yourself: I'm going to have a good time with somebody who is very dear to me. We will enjoy the fresh air, good food and a drink or two in the evenings. Anything beyond that would be a bonus.

2. You're still Dad, he's still Kid
He's not your friend, he's your son. He knows it, and you should know it, too. He expects you to take the lead, and it's your responsibility not to disappoint him. It's obvious and natural: you plan, you pay, and you're in command.

And don't give him make-believe assignments: "I decided that you'll be the map reader for our journey." Only to grab the map away angrily from him after the first wrong turn.

3. But listen to what he's got to say
Taking command doesn't mean that you should behave like Attila the Hun. Take your son seriously when he makes a suggestion - or a point. And do not flare up in a fit of pique when he appears to disagree with you whether you should turn left or right. Not least because he may be correct. Leadership, never mind good leadership, is not the same as furiously insisting that everybody respect your "Authoritaah".

4. Do not over-organize the trip
Most of the fun - for both of you, but particularly for him - comes from the feeling that the two of you are setting out into the unknown. This is an adventure. Don't spoil this.

Do not, for example, pre-book any accommodation along the trail. You'll find something, don't worry - just bring enough cash for all eventualities. And a mobile phone. The golden rule of all successful family holidays applies even more urgently for this one: give your holiday the space it needs to breathe.

5. Do not overreach yourself
You've never done any hiking before? Then, don't expect to get through more than 10 miles/15 km a day. Plan a three-day trip, ideally with a nice country town at the end where the two of you can relax a little before you go home. And take it easy: spend your nights in the comfort of a hotel or a youth hostel. 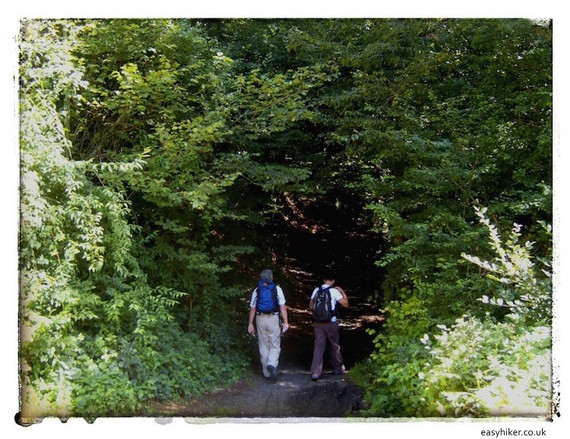 6. Do not compete
If he is in his mid or late teens and you are over forty, chances are he will outpace you on any climb or ascent. Accept this, gracefully. When it comes to stamina, however, you may still have the edge. Don't rub this in. Behave, for once in your life, like a mature individual.

7. Do not pretend to know something you don't know
Not a great outdoorsman? Don't know how to survive in the wilderness - and can't even read a map properly? Well, welcome to the club. Do you really think your son knows you so little that he thinks you are the reincarnation of Daniel Boone? Be upfront and honest about your limitations - and don't worry: your son will forgive you.

8. Shut up
Do not abuse your privilege of seniority and the captivity of your audience to give long lectures about trees, birds and rare beetles that you may have spotted along the way, local rainfall patterns or local history.

It should also go without saying that you must refrain from opening up old wounds (and school reports) or half-forgotten family quarrels.Don't make your son regret he ever agreed to come with you.

9. And listen
If you have done everything right, it is just a question of time until your boy will begin to open up. He will not be sharing something personal-personal, about which girl he fancies, for example. Boys simply do not operate that way.

It will be something semi-personal instead, something about a video game that he has played recently, or about the reasons why he prefers a certain style of music to any other. What this means is that he is opening the door a little bit to see whether it would be a good idea to let you into his world.

Now, don't ruin everything with snide remarks about the soullessness of contemporary pop music. Or something along the lines of: "Videogames? When I was your age, we didn't need that sort of crap to have a good time!"

10. Interested? Sell the idea carefully
Do not offer it out of the blue - only for the son to think: OhMyGawd, Dad must have read something about father-and-son bonding on the Internet. Instead, wait for the right opportunity to come up - this could be a TV programme about hiking, for example. Say: "That looks like fun." Or "I have always wondered what that would be like." The whole idea will work best if the suggestion comes from him.

More:
hikingfather's dayHolidaystripsfather and son
Newsletter Sign Up
An essential daily guide to achieving the good life
Subscribe to our lifestyle email.
Successfully Subscribed!
Realness delivered to your inbox