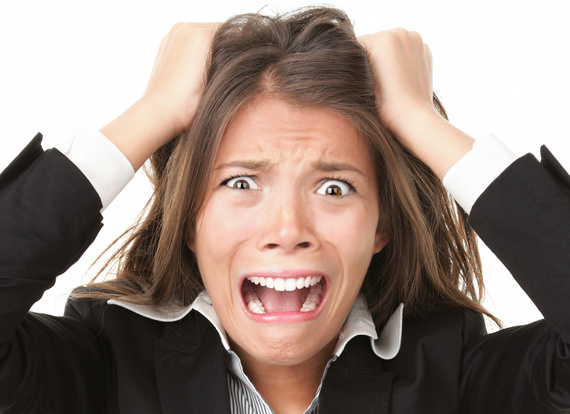 The hardest part about being vegan is dealing with other people. While some questions and comments are truly genuine, many are not. Anyone who has been vegan for any length of time can probably relate to being annoyed by some of the most frequently reoccurring questions and statements. Below are some of the most common things vegans hear on a daily basis and what we are all thinking in our heads:

1) Where do you get your protein?

Ugh, not this again! The protein myth has been dispelled for decades. Really, I promise, if you're eating enough calories and a varied diet, you are getting enough protein. I know you're super-concerned about my health, but I'm really fine.

I don't care that you attempt to rationalize your participation in the senseless killing of other beings by spending more money to buy "happy" meat and eggs. If you are seriously concerned for the well being of animals, make a move towards eliminating animal products. It doesn't even cost anything!

No, and I don't even like salads! I think the last time I ate a salad was as a last resort at a restaurant that apparently thought that was an accommodating item for vegans. Surprisingly, I too like to eat food that tastes good. Honestly, I eat the same stuff as you. I literally cannot even think of one thing that can't be made vegan.

4) My friend went vegan and all her hair fell out.

I'll entertain this one even though I'm pretty sure your friend is also friends with many other people I know. You know, it could possibly be that perhaps she was not eating a well-balanced diet that lead to her deteriorating health issues. Anyone can be a vegan and be healthy. Seriously, your hair won't fall out. Trust me.

5) I could never be vegan, but I respect your decision.

Thanks. You know I am doing this because it really is all about me. It's a personal choice that has no affect on anyone else! I am sure the animals really respect that you respect my decision. Carry on.

Can we just stop with the fucking bacon? Seriously, we get it. You're a jerk and you like to run around announcing to the world that you eat meat and you're definitely not vegan. You don't care about animals and you think pigs are yummy. It almost sounds like you're a closeted vegan.

Who doesn't love cheese? That's why there are a plethora of vegan cheeses available on the market and vegans have discovered how to veganize every cheese-laden dish on the planet. There's life after cheese, I promise. It's called vegan cheese and it has all of the taste and none of the suffering.

Thanks, you too. I know, you were expecting me to look like a skinny hippie and throw red paint on you, but believe or not, I am "normal" just like you! I get sunlight, go to the gym, and even know how to communicate with others in an appropriate manner!

Are you a member of the NRA? I know it may sound shocking, but you don't have to be a member of any organization to be vegan! That's right, you can do it all by yourself on your own freewill. For the record, I don't even like PeTA.

I know, you love your dogs and cats to pieces and you rescued them. Heck, you even donated to a late-night TV commercial to help animals (dogs and cats). You're almost there! Now, if you can just stretch that empathy to include all animals you'll be an ethically consistent person.