It's January and I live in the Northeast, so snow does not come as much of a surprise to me from now until, let's say, the end of March. We had our first decent storm this past weekend, and they are predicting another one coming in today. No surprise -- after all, it's not July. The storm coming in today is expected. We have been told for days that snow is coming. In fact, we have been told that it is going to be "historic," "epic," "KABOOM-worthy." I woke up, made my coffee and turned on the news. All I could think of was, am I the only one who heard snow was in the forecast? Even the news anchors were acting like it was breaking news that white snowflakes were in fact dropping from the sky. School is getting out early and I am mentally preparing myself to have the kids home for two full days. I've have learned a thing or two from snowstorms in the past. I do no expect this storm to be any different.

1. No one has a snow shovel. Seriously, no one has one. So everyone rushes to the nearest Home Depot and everyone buys at least five, causing them to run out within mere minutes.

2. The media thinks it is news that no one has a shovel so they interview every Tom, Dick and Sally who are in the parking lot leaving with their five shovels. Oh and there is always some idiot in the background on his cell phone waving to his friends. "No, I did not get my shovel, they were all gone, but can you see me, bro? Yeah, that's me!"

3. Every household in the eye of the storm is out of milk, bread and eggs. The grocery stores are packed with people buying all three of these items. I can only assume that there is some secret ritual of making French toast for your entire neighborhood during a snow storm and no one has shared this with me. To be honest, the only things I fear running out of are toilet paper, wine and shows to watch on Netflix.

4. Facebook is filled with status updates about the snow. Sally: Oh my god it's totally snowing you guys. Tom: Crap it's flipping snowing the ride into work should be a real pain in the ass. Jessie: Yay snow! Linda: I'm nice and cozy in my house and getting ready to make French toast. John: No one knows how to drive in the snow. This sucks! Cousin Jimmy: Snow DAY!!!!!!!!!!!!!!!!!!!!!!

It's a whole day filled with status updates that revolve solely around the snow.

5. After all the status updates come the pictures. (I'm guilty of this myself) Kids in the snow, dogs in the snow, Grandma in the snow, rulers on the deck in the snow, and of course just the snow with the caption "beautiful," or "It's really coming down now." 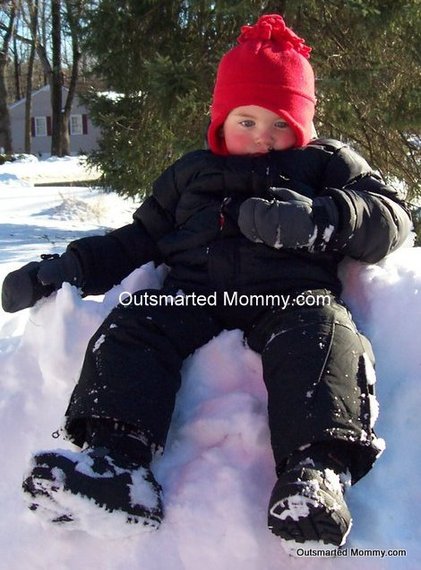 6. Kids all want to play in the snow and I relearned that it takes approximately six hours 10 minutes and 43 seconds to get them and you dressed properly to go play.

7. Kids get out into the snow and complain within mere minutes that they have to pee and they are cold.

8. Parents scream "OH NO!" We are staying out here if it kills us. I am literally sweating from trying to get you guys dressed, so you are going to play and have fun while you do it."

9. Kids think playing means making giant snowballs and throwing them in one another's faces, which will result in crying and heading inside.

10. It takes another six hours and 15 minutes to undress after playing in the snow and suddenly, you realize maybe all those people buying shovels are doing it to avoid this fiasco.

Well, the epic snowstorm is on the way and I'm pretty sure we are out of shovels, eggs, milk and bread, so I think I will volunteer to get those this time and my husband can get the kids ready to go out and play. 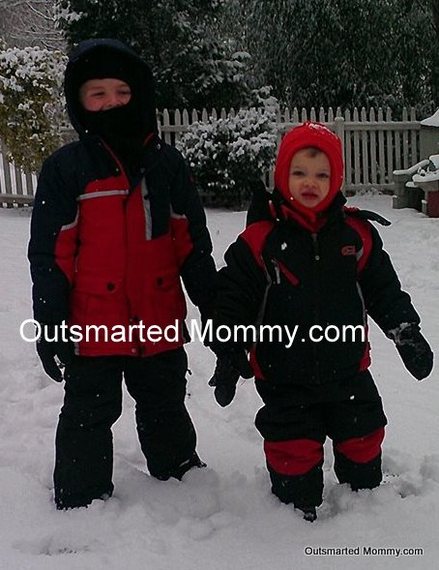 A version of this originally appeared on Outsmarted Mommy http://www.outsmartedmommy.com/2013/12/ten-things-i-learned-during-snowstorm.html