Here are the ten artists who stole the headlines while they held art back this decade....

PHOTO GALLERY
TEN MOST OVERRATED ARTISTS OF THE DECADE
Download
Calling all HuffPost superfans!
Sign up for membership to become a founding member and help shape HuffPost's next chapter
Join HuffPost 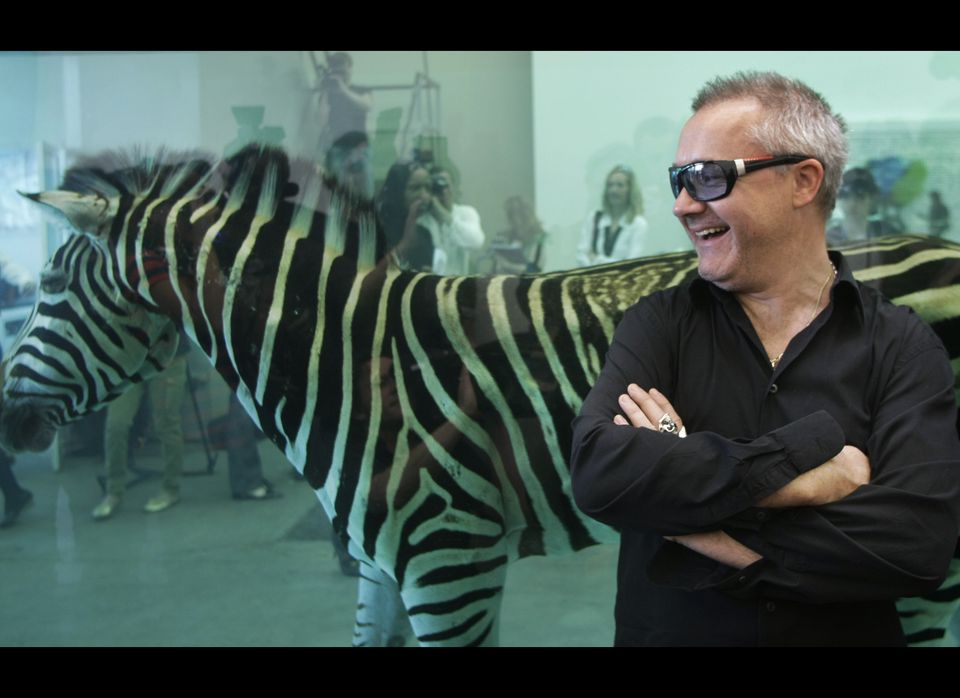 1 / 10
DAMIEN HIRST
A cross between Elton John and Myra Hindley, <strong>Damien Hirst</strong> epitomized the decade that fetishized money as an indicator of artistic quality. Like an intern at Prada, Hirst spots what rich people consider to be a good trophy to award themselves for having money. His September, 2008 auction allegedly raised $200 million . . . and yet with the disappearance of Lehman Brothers the very same day, you have to wonder how many of those sales were really ever completed. Suffice to say, his sculptural output, clinical meditations on mortality at their most generous, never even rise to the sophistication of a Bernie Taupin chorus.
AP