A fascinating geological feature that graced a Marin County beach for decades crashed to the ground in mere seconds over the holidays.

The arch at Tennessee Beach at Tennessee Cove was the subject of hundreds of photos over the years, often when the sun would shine though the hole beneath, creating a beam of light that landed on the beach.

But on Dec. 29, after several storms drenched Marin, the natural archway came crashing down onto the beach below.

(SCROLL DOWN TO SEE THE BEFORE AND AFTER)

"When we got to the beach, we noticed a few rocks tumbling down," said Robert Wills, a graduate student at the California Institute of Technology who was on the beach with his family for a holiday walk. "I pointed my camera toward the arch thinking some more rocks might come down. The next thing I knew there was a flow of debris."

Wills snapped several photos of the collapse from about 300 feet away which he then posted on his blog. It was his first time at the beach.

"It was pretty exciting," Wills said of the massive collapse, which occurred at about 2 p.m. "It was definitely a rush to see it."

Wills' father, Chris -- who coincidentally is an engineering geologist with the California Geological Survey -- was with his son to witness and document the rockslide.

"The whole thing was kind of 'wow,' especially given my background," Chris Wills said. "I have been at landslides

before, but those can be very slow moving. This was so fast."

Chris Wills said it was likely that weaker rock had fallen away from the cliff over the years, creating the hole and the arch. After several decades of pounding surf, water intrusion and good old gravity, the arch itself finally gave way.

Both men reported that the crashing of the rock was so loud it drowned out the sounds of the nearby waves. The event also left a pile of rubble at the base of the cliff and a cloud of dust. Much of the rock that fell has washed into the ocean, turning the surfline a milky brown that was still evident Monday morning.

Anne Lamott of Fairfax strolled on the beach Monday and was amazed at what Mother Nature had done.

"It's kind of something that can't be, yet there it is," said Lamott, a well-known Marin author, as she surveyed the new cliffside terrain. "I have been seeing the arch for almost 50 years. It's like someone came down and erased it with a big eraser. So many people will come out and wonder what has changed. It was beautiful before and now it's beautiful in a different way."

See the arch before, courtesy of Robert Wills: 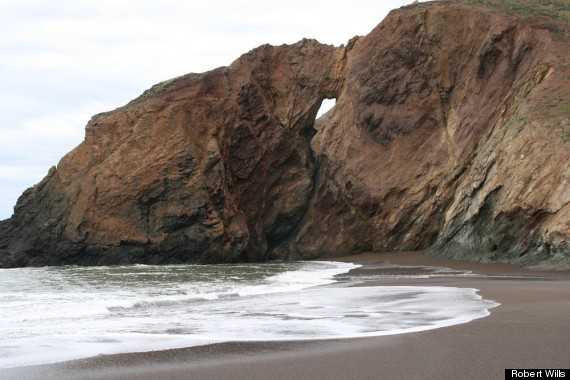 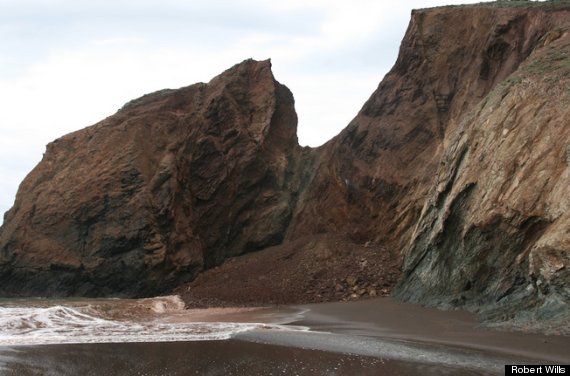 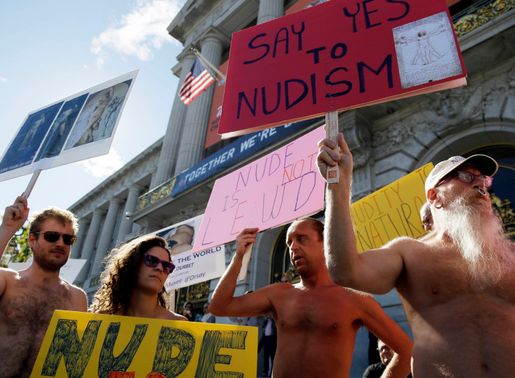