Tennessee football fans reacted bitterly last night to the news of Lane Kiffin's departure to coach the USC Trojans after just one year on the job as head coach of the Tennessee Volunteers.

Scroll down for NSFW pictures and video.

Riots broke out across the Knoxville campus and flames are visible in some photos posted on Twitter. Fans even went so far as to deface the legendary Tennessee Rock, scrawling numerous obscenities and threats ("Die Lane" is one) across the fabled stone. In one video, students can be heard chanting, "Fuck you, Kiffin."

Kiffin leaves Tennessee as the university is under heightened NCAA scrutiny due to allegations that school "hostesses" inappropriately partook in the recruiting of high school athletes. Scroll down for pictures and video. Warning: inappropriate language. 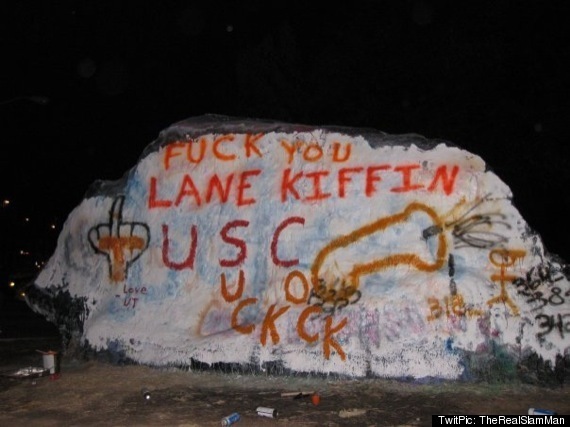 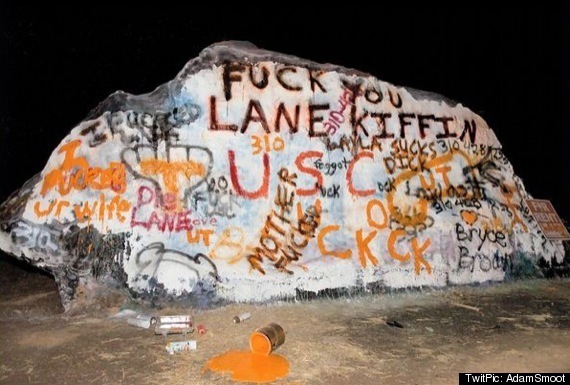 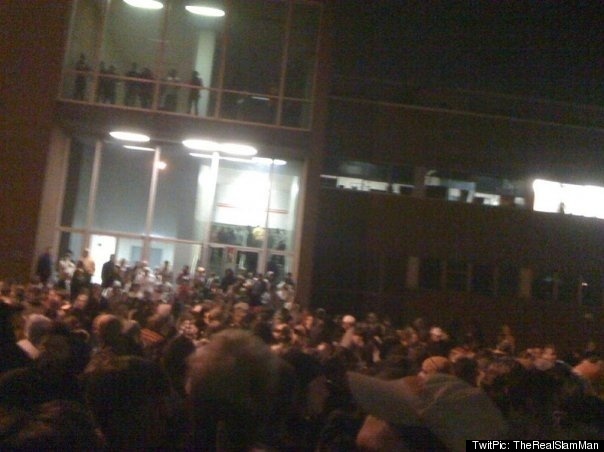 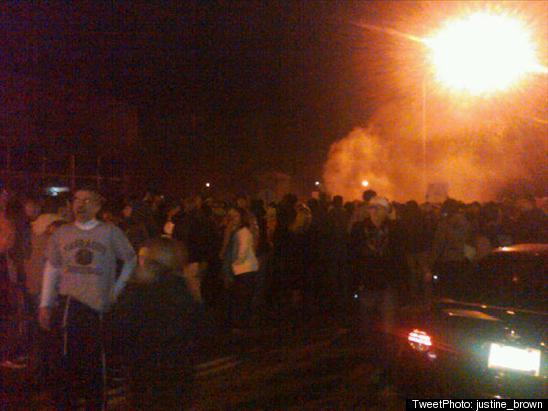 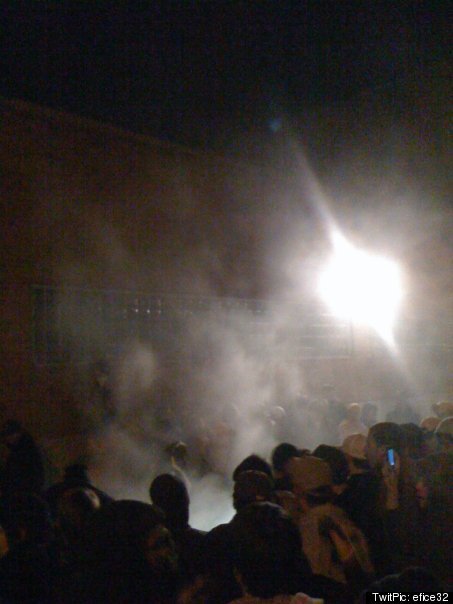 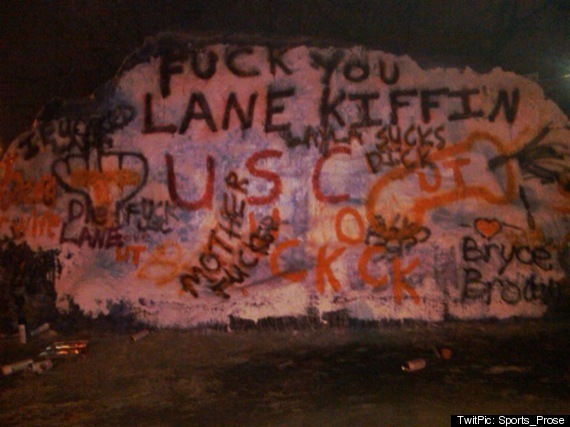 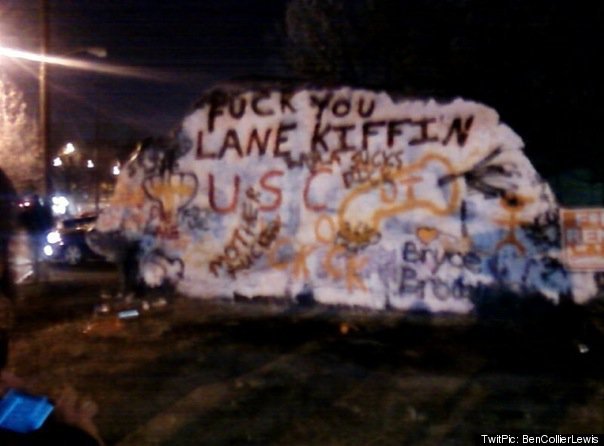 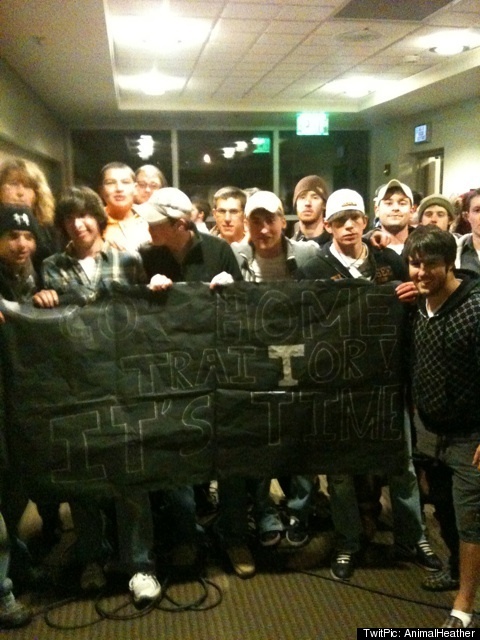