Denver indie-pop group Tennis are busy. They recently performed live on both the Late Show with David Letterman and The Tonight Show with Jay Leno, a big leap forward for any indie band. Tennis are also in the middle of touring in support of their beautiful new album Young & Old, the follow up to 2010's Cape Dory.

And even with nearly eight weeks left of live shows to go before they can return home to Denver, Alaina Moore--the singing third of the band that also includes her husband Patrick Riley on guitar as well as James Barone on drums--took some time out to chat with The Huffington Post about touring, recording and being married to music as well as a band member.

(SCROLL DOWN TO STREAM YOUNG & OLD, PHOTOS, VIDEOS OF THE BAND)

How long have you and Patrick been in Denver?

Patrick and I both moved to Denver as kids, and met years later in college. Our families all live elsewhere, but Denver is where we became adults, and will always feel like home.

What's it like being an artist in Denver with such a rich, diverse music scene?

Honestly we are still figuring that out. Admittedly, we were not involved with Denver's music scene--or any other music scene for that matter--when we started writing music. But things happened with our band all at once, and we found ourselves having to work backwards in an effort to build relationships and get connected to Denver's music community. It took some time to find our place, but we've developed a network of friends and colleagues that are invaluable to us.

What are some of your favorite Denver venues to play?

Our favorite venue to play in Denver is The Hi-Dive. We kind of cut our teeth playing there, so it will forever be a source of fond memories.

What are the must-visit places that you go to once you return from touring?

We always look forward to getting a drink at Forest Room 5 or Colt & Gray. We also spend some time catching up with friends and former colleagues from our previous jobs--Common Era, an amazing boutique owned by my dear friend Debra Mazur, and the Museum of Contemporary Art.

How did you arrive at this style of music?

While Patrick and I were sailing, we found ourselves at a divey, tiki bar in the Florida Keys. The song "Baby It's You" by The Shirelles was playing. We hadn't been listening to music much at the time, so we were quite taken with the song. We found ourselves so excited by the way it was mixed and recorded. Every instrument had so much character. I asked him why no one recorded to simulate that aesthetic anymore. He told me he didn't know, but that we should try it. I guess that was the moment our band and our sound was born.

You and Patrick are husband and wife, how did you meet?

Patrick and I met in a philosophy class my senior year of college. We met almost specifically because I was one of two girls in a 25 person class. We became instant friends, but our bond was formed around a shared interest in philosophy and adventure. We didn't play music together or share that part of ourselves until we had been together for years. It came as a complete surprise when I discovered Patrick played guitar. I had seen it lurking in his closet -- but every guy I ever met had a guitar in his closet, and I had no desire to hear another guy play "Satellite" by Dave Matthews, so I never asked him to play until years later!

Being married and working together presents its own challenges, but it doesn't make being in a band harder. The most important thing is to preserve a distinction between our working life and personal life. It's difficult, but it prevents those burdens from heaping up on each other. Whenever the stress from the band becomes too much, we know it's time to turn off the working relationship and spend time together as a couple instead.

How does the songwriting process work for you and Patrick?

Patrick and I contribute equally throughout the song writing process, although every once in a while, a song will mostly be written by one of us. The only strictly relegated tasks are guitar parts, and vocal melodies and lyrics. I don't play guitar and Patrick doesn't sing, so we trust those parts to each other.

When putting an album together, do you seek out a theme or does it sort of come together organically?

I don't feel comfortable with an album being a collection of unrelated songs. I always seek out some sort of theme, even if it is only vague and implicit, as it is with Young & Old.

You just performed on David Letterman, a huge TV moment for any band, how was that experience?

Playing a late night TV show was a huge milestone for us. It still doesn't seem like it actually happened! We were able to play The Tonight Show two weeks prior to Letterman, and it was most interesting comparing the two late night experiences. New York and LA are so different!

What bands/artists influence you the most or you think are just making interesting music?

We cycle in an out of what genres or recording artists influence us most. Our interests vascillate along with our life experiences. Right now we are listening to a lot of Phil Collins, Fleetwood Mac, Patti Smith, and Gandalf. As long as we are writing, we don't keep up with contemporary music. However, I've been listening to Chairlift, Real Estate, Spiritualized and The Walkmen to name a few.

What's next for Tennis?

We plan on touring as much as possible this year, something we didn't really do for our debut LP because our set was so short at the time. We felt the need to write a bit more before committing to a long period of time on the road. Now that we have two full-lengths, we're ready for it. 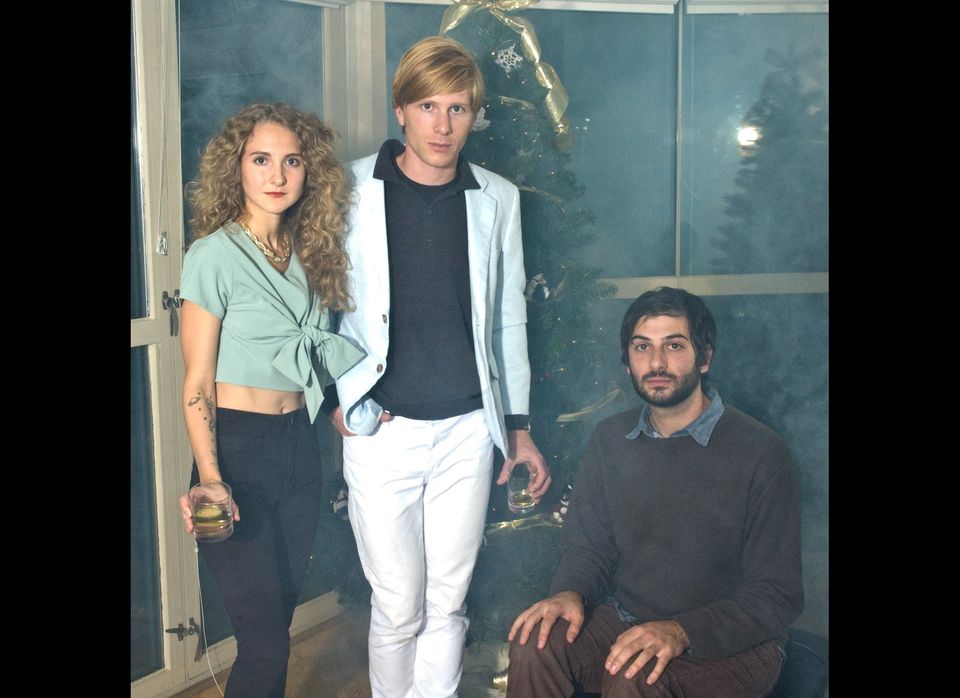