On June 26-29, San Francisco Symphony presents a semi-staged production of Benjamin Britten's Peter Grimes. Conducted by Michael Tilson Thomas, the three performances will feature heldentenor Stuart Skelton in the title role. Stage direction and costume designs are provided by James Darrah and cinematographer Adam Larsen has created digital imagery that will project onto a scrim surrounding the stage. The cast also includes Elza van den Heever (Ellen), Alan Opie (Balstrode), Eugene Brancoveanu (Ned), John Relyea (Swallow), and the SF Symphony Chorus. The production is the final salute to composer Britten whose centenary has been celebrated throughout the 2013-14 Season.

Peter Grimes premiered in 1945 and starred Britten's life-partner, Peter Pears. It is a masterwork among 20th Century opera. The score is richly layered, with four orchestral Interludes that inform and illustrate the complexities of the plot and the turbulent atmosphere of a small seaside village on the English coast. Its deeply religious inhabitants are once again disturbed that another of Peter Grimes' boy-assistants shows evidence of physical mis-treatment. His last boy supposedly drowned at sea. I asked Stuart if contemporary audiences might flash on sexual abuse. Does Peter Grimes' brutality come out of cruelty or not? 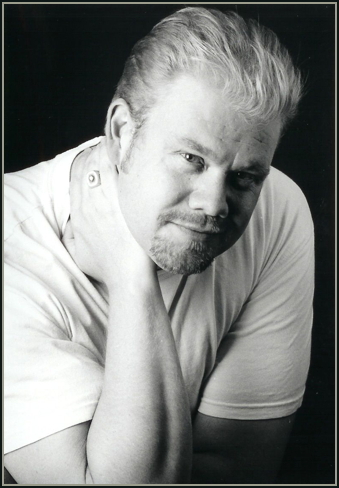 "I don't think that Britten or Pears or Montagu Slater who wrote the libretto for this opera ever had any second thoughts about Grimes being a child molester," said Stuart. "I think the reason - and it's a bad reason - that people started to conflate Grimes with being a child molester was that the tenor for whom the opera was written and the composer were a gay couple. Yes, Grimes is brutal. The defining thing for me about Grimes is that there is this level where he does not understand why other people are not as capable as he is - in terms of his physical strength and stamina. To a certain extent, that strange demon which drives him to work harder and longer and more ferociously than anyone else - that frustration - is borne out every time he has a young apprentice. He expects the apprentices to cope with the same things that he can cope with. Why are they not as capable of standing up to the physical punishment that the job requires and that he can mete out? Grimes does not have the intellectual capacity to get his head around that. And so, he acts out of frustration. What Britten and Pears gave us in the opera is a much less malevolent force than was the character as written by George Crabbe in the epic poem, The Borough. In the opera, Grimes is a much maligned character in many ways and he is not able to sort-out those issues without it leading to some kind of physical explosion." 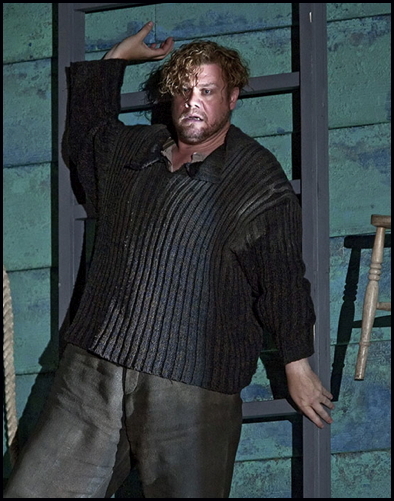 "The only time he's genuinely at home, at peace within himself is when he's staring into the face of a storm. There's something in the mirror there, I think, using that incredibly turbulent soul of his - and he looks into the eye of that storm and what he sees reflected back is the storm that is within him. That is when he feels most connected to something. But he's always at loggerheads with the village, with Ellen, with Balstrode, the weather, the good fortune and the bad fortune, the good or bad haul of fish on any given day. He's not really one hundred per cent of himself unless he's got something to be antagonized by and to antagonize at the same time."

Stuart has been performing Peter Grimes since 2004, including productions with the London Philharmonic Orchestra, English National Opera, in Tokyo at the New National Theatre, Opera Australia, and in the BBC Proms. I asked him if the role had been on his wish list or if it just happened to come his way.

"I don't know that it's a role I always wanted to do - only because, on a certain level, the people that have sung it before have cast very long shadows over it. Certainly, it was written for Peter Pears. At the polar opposite of that spectrum is John Vickers in performances such those at Covent Garden, Tanglewood and more. When you take on a role, there's always something that's synonymous with two or three singers. I was working at Frankfurt Opera as an ensemble member when it came up as a role they wanted me to take on as part of my contract. I thought it was a perfect opportunity to do that. In a house like that, where you are ensemble, you get full access to the music staff. It's the best possible set of circumstances within which one can operate - to get the role learned and to get a real chance to develop your own take on how to portray that role with your own physical and vocal strengths. I think the challenge with Grimes is finding the way into the darkest parts of the character - be they the brutal parts or the broken parts - those parts of him that literally just shatter in front of your eyes when he goes to pieces at the end of the opera. They are the hardest to get into because you know you don't want to be there all of the time. You have to get into it to the point where the part is believable for you. If it's believable for you, it will be believable for the audience. You also need to find a way back out when the curtain comes down." 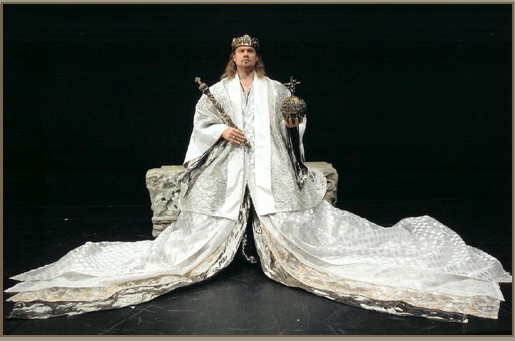 This past April, Stuart received the International Opera Award for "Male Singer of the Year". The award is for a body of work presented since the previous April, not for a specific performance or specific role. The panel of critics and judges honors the singer for having contributed something special to the profession during the year. Holding the award he said, "I have never been on the radar for this in my head. So this is just more than I could have ever thought possible. I am speechless - and that is a rare occurrence. So, I think we should savor that."

Stuart was asked to sing. He had not come prepared with anything, but the sheet music to Franz Lehár's very familiar aria, Dein is mein ganzes Herz was on the piano.
"They surprised me with having to sing," said Stuart. "Apparently they had asked some people who knew me if there was something I could do at the drop of a hat. It was all a bit of a shock, but it was good that they had this piece at the piano. At the end of an awards ceremony, the last thing you want to be doing is to send people home on a downer. It's nice to have a couple of fun things in repertoire that you can pull out occasionally. The award was a huge shock and a massive honor, so it was a fun way to finish off what was a really terrific night."

"The list of roles and performances you have accumulated is astounding," I said. "Are you a quick study? Do you enjoy the learning process? Is it easy for you to retain a role? What is your dream role for the future?"

"I was always a quick study - which certainly helps. The other thing that helps is that the list of roles I've got under my belt doesn't expand very often, so I tend to do many different productions in the same roles - lots of Lohengrin, Parsifal, Siegmund, Florestan and Peter Grimes. So, every time I do them I am more and more at home with them because I'll have another run of six or seven performances. I think I'm just shy of a hundred performances as Erik in The Flying Dutchman and in the low eighties with roles such as Florestan in Fidelio. They are with me - somewhere in my brain, in my body - all the time. My dream role is Tristan. I have some Tristans in my calendar now, so I'm in the process of putting it into the body. When I get to the first rehearsal, I want to feel really confident physically and vocally so I can give everything I have to the performance. It's a marathon. It's gargantuan. So, I've got quite a jump on the vocal preparation."

Stuart's friends and colleagues know that he has a fondness for Cuban cigars and that he's a great cocktail maker. I asked him about his favorite cocktail of choice.

"Almost without exception, it's a Negroni - if it's really well made. It's equal parts gin, sweet or red vermouth, and Campari - stirred over ice, strained into a cocktail glass, with a little bit of orange rind. It was invented at Harry's Bar in Florence and is very much tied with the Tadich Grill in San Francisco. I do fancy a good cocktail and a good Cuban cigar. Obviously, when I'm working, I can't do that after every performance." 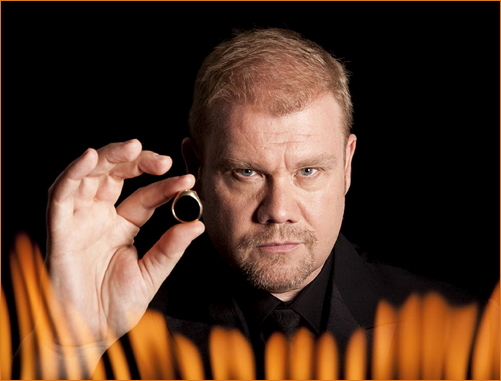 "It's all about discipline and timing. You cannot smoke a cigar every night - particularly if you've got performances every two days. You have to be more disciplined than that because the body is the instrument - you've got to look after it the same way you would an expensive instrument you can put away in a case. When you've got time off you can do those things that make your life fun and fulfilling. But you have to constantly keep yourself in good shape. As long as your body is healthy, your voice will be healthy along with it. You work so hard to get your voice to behave and to do all those technical things, all the languages - you can't be counter productive and have a lack of discipline let you down."