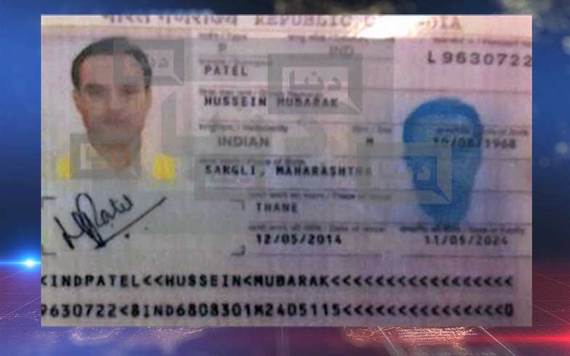 On March 24th, the Pakistani security officials, backed by the civilian authorities, said they had arrested an Indian national somewhere in Balochistan and now they describe it as the "evidence" of Indian involvement in the restive province. The Indian Ministry of External Affairs has also confirmed that Mr. Kulbhushan yadhav, a former Navy officer, has been arrested. While Islamabad says Mr. Yadhav worked for the Indian intelligence agency, the Research and Analysis Wing (RAW), on a high position, New Delhi has denied his affiliation with its premier intelligence agency.

The circumstances surrounding the arrest of the Indian national are still elusive. Nobody knows how and where he was arrested and who arrested him. Likewise, the Pakistanis have leveled all kinds of allegations on him soon after the news about his arrest broke out. They say he was involved in providing training and weapons to the Baloch insurgents and engaged in promoting unrest in Karachi. One wonders how much time it took the Pakistani officials to extract so much information from Mr. Yadhav when they are saying that he has been moved to Islamabad for further investigation. Regardless the authenticity of the Pakistani charges, the arrest of Mr. Yadhav will significantly help Islamabad in embarrassing India and discrediting the Baloch nationalists for what they bill as a homegrown liberation movement.

For the past several years, Pakistan has been accusing India of interfering in Balochistan, but it never brought in public any evidence to substantiate its claims. The alleged Indian involvement in Balochistan has become an integral part of the talking points the Pakistani officials use whenever they meet with the Indian officials. The meeting between former prime ministers Manmohan Singh and his Pakistani counterpart Yousuf Raza Gilani at Sharm-el-Sheikh in Egypt in 2009 was the first occasion when Balochistan was mentioned at a high level. Afterward, the Pakistani officials also provided dossiers to the United Nations -- which were not made public -- in October 2015 to prove the Indian hand in fomenting trouble inside Pakistan. The Indians, on the other hand, say they have no interest in destabilizing Pakistan.

No matter what the Pakistani and the Indian authorities say, this episode will somewhat benefit the Baloch nationalists who have been marching in world capitals and meeting with leaders and activists desperately seeking international support for their liberation movement. The Baloch leaders have expressed anguish and frustration over the lack of support from the international community amid the slow motion genocide of the Baloch people by the Pakistani security forces. All the Baloch leaders and activists need at this point is more and more international attention. Unlike their vocal support for the Bengalis in 1971, the Indian politicians and the media have not demonstrated any serious interest in the Baloch matter. The episode embroiling Mr. Yadhav would at least help the Indian authorities to have a serious briefing about the conflict in Balochistan and what is actually going on. Likewise, the row between India and Pakistan in the backdrop of this episode is unlikely to escape the attention of the United Nations, the European Union, the American and the British diplomatic corps in Islamabad and New Delhi. The more noise is made on Balochistan, the better it is for the Baloch because beneath this incident lies a mountain of human rights abuses, repression and exploitation of the Baloch people committed by the Pakistani authorities.

This incident will also richly benefit the Pakistani security establishment in justifying its tight grip over the province. Similar to the 2011 Raymond Davis episode when an American citizen and a contractor for the Central Intelligence Agency (CIA) was arrested in Lahore for killing two Pakistani nationals, this event will also tremendously feed the conspiracy theorists in the Pakistani military and the media. Even if Mr. Yadhav had no connections with the Indian government, his arrest from Balochistan (if that actually happened) is still an extraordinary development because the Pakistani authorities do not normally allow foreign nationals to travel to Balochistan. The alternative routes are the borders with Iran and Afghanistan. According to the initial reports, the Indian national sneaked into Balochistan via Iran.

This incident coincided with the first visit to Islamabad of Iran's Hassan Rouhani since becoming the President. Iran has suddenly become an active player in the region after the lifting of the sanctions because of the successful deal with the P5+1 nations. Tensions between Tehran and Riyadh have also skyrocketed in the recent months because of differences on Syria and Yemen. The Pakistani officials have reportedly mentioned Mr. Jadhav's case with the visiting Iranian leader and sought Iran's cooperation on border security. (The Iranian leader denied discussing the matter with the Pakistanis). The Iranians, on their part, have even a worse record than the Pakistanis when it comes to treating the Baloch people. For instance, last month Shahindokht Molaverdi, Iran's vice president for women and family affairs, conceded that "we have a village in Sistan and Baluchestan (province) where every single man has been executed."

When Pakistan and Iran treat their Baloch population as third class citizens, it seems obvious why the latter reaches out to the international community for support. They are willing to facilitate the entry and lodging of anyone who is willing to get the word from Balochistan out to the rest of the world. It is not only foreign "spies" who are eager to know the truth about Balochistan but even foreign journalists, human rights activists and researchers want to have access to Balochistan. When the Baloch people have no objections to anyone coming from anywhere in the world to visit Balochistan, why should Islamabad have a problem? Islamabad should be more transparent and accountable about its policies and actions in Balochistan.

The row over the arrest of the alleged Indian spy now provides the Baloch nationalists an opportunity to demand an international investigation into the matter that is ideally led by the United Nations, the United States or the European Union. After all, the Baloch people should not be sandwiched in a war of words between India and Pakistan. The Baloch conflict has its own history, context and significance. It cannot afford to be overshadowed by the Pakistan-India rivalry. The Baloch leadership should come forward and assert its position on this matter because neither Islamabad nor New Delhi are entitled to speak on the behalf of the Baloch. The Baloch should speak for themselves and they should be heard because Islamabad is the aggressor, certainly not the victim, when it comes to Balochistan.