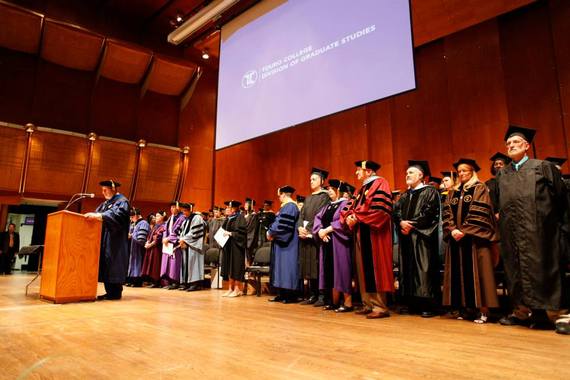 Wisconsin Governor Scott Walker is following through on his efforts to weaken faculty tenure at his state university. Since Governor Walker--who just formally announced his intentions to seek the 2016 Republican presidential nomination--began this discussion, much has been made about academic freedom and job security for professors, as well as the low wages and overwhelming odds against success for adjuncts. The president of the American Association of University Professors, Rudy Fichtenbaum, went so far as to say that that the proposed tenure changes amount to a "direct attack on higher education as a public good."

But what of the impact of tenure on the success of student learning? Is that not the ultimate end goal of higher education? Tenure was instituted to foster the free exchange of ideas by enabling professors to speak their minds on any topic, however controversial, without fear of losing their jobs. Additionally, tenure was seen as a way of rewarding professors for their service to an academic institution by offering long term job security.

And yet, many have argued that tenured professors have too much freedom and not enough incentive to perform their academic duties at the highest level. The advantages and disadvantages of tenure protection for professors is, of course, crucial to this discussion, but ignoring its effect on students is not the right approach. Before we can form an educated opinion on the subject, the higher education community must take the time to research student outcomes and determine what is most beneficial to those who should be central to this debate. While tenured professors are generally thought to be of higher quality, non-tenure or part-time professors may be more focused on teaching and retaining their positions and thus more focused on student outcomes.

Looking at the data that currently exists, it is clear that new and more comprehensive research is required. A 2004 Cornell study that used graduation rates as a measure for student success found that the increased usage of non-tenure track professors at American colleges over the last two decades does not adversely affect graduation rates of students at four-year colleges.

A more recent study conducted by Northwestern University, which measured success by student behavior, found that students were significantly more likely to enroll in a second course on the same subject when the first course was taught by an adjunct professor.

These studies seem to indicate that students may actually be better served by non-tenured professors. That may be the case, but in order to arrive at a reasonable conclusion, we must embark on more exhaustive research. If we are to properly evaluate the true impact of tenured vs. non-tenured professors on students, we should consider other potential outcomes that might be more telling, such as communication skills, critical thinking ability, scientific literacy, ethical knowledge and quantitative reasoning, for starters. Also relevant to the debate is whether non-tenured professors who teach part-time but spend the rest immersed in the real world, can bring more current knowledge of a given field than tenured professors whose lives and careers have been shaped in the ivory tower.

The mere mention of tenure evokes strong reactions. However, a more measured and data-driven approach is necessary. As Scott Walker moves into the national spotlight and this debate's scope is broadened, we all must remember that it is the needs of America's students that must be placed front and center. After all, protecting the right of professors to speak out is important, but it only matters if we consider the impact on those who are listening.