For centuries, Mexico's ancient city of Teotihuacan has concealed a mysterious secret, only recently revealed by the help of robots equipped with lasers and infrared cameras.

The small, remote-controlled devices have explored several rooms beneath the Temple of the Feathered Serpent, a structure described by Discovery as a "six-level pyramid decorated with snake-like creatures." The probes revealed hundreds of mysterious yellow orbs that range from four to 12 centimeters across. Indiana Jones would most certainly approve.

According to a release from Mexico's National Institute of Anthropology and History, the clay spheres are believed to have originally been covered in pyrite, a yellow-colored mineral known as "Fool's Gold," which oxidized over thousands of years to become jarosite, an amber mineral crust.

Jorge Zavala, an archaeologist at the excavation, called the metallic orbs an "unprecedented discovery," adding that the scientists "do not know their meaning," via Discovery.

LiveScience notes that the odd spheres were found deep within the temple in three burial chambers that are believed to house some of Teotihuacan's ancient leaders.

According to a report by NBC's Today Show, the tunnel concealing the three rooms had been sealed off 1,800 years ago and was rediscovered in 2003 after a heavy rainstorm caused the ground to sink, revealing the hole.

At its peak between 300 and 600 A.D., Teotihuacan is believed to have been home to a population of about 100,000. The city was abandoned for unknown reasons around 700 A.D., leaving behind an estimated 14 square miles of development, centered around the "imposing" ceremonial center and its immense pre-Columbian pyramids. It was designated a UNESCO World Heritage site in 1987.

Teotihuacan 'Orbs,' Metallic Spheres, Found By Robot Under 'Temple Of The Feathered Serpent' In Mexico
Mysterious Spheres Found By Robot In Mexico's Ancient Temple of Quetzalcoatl 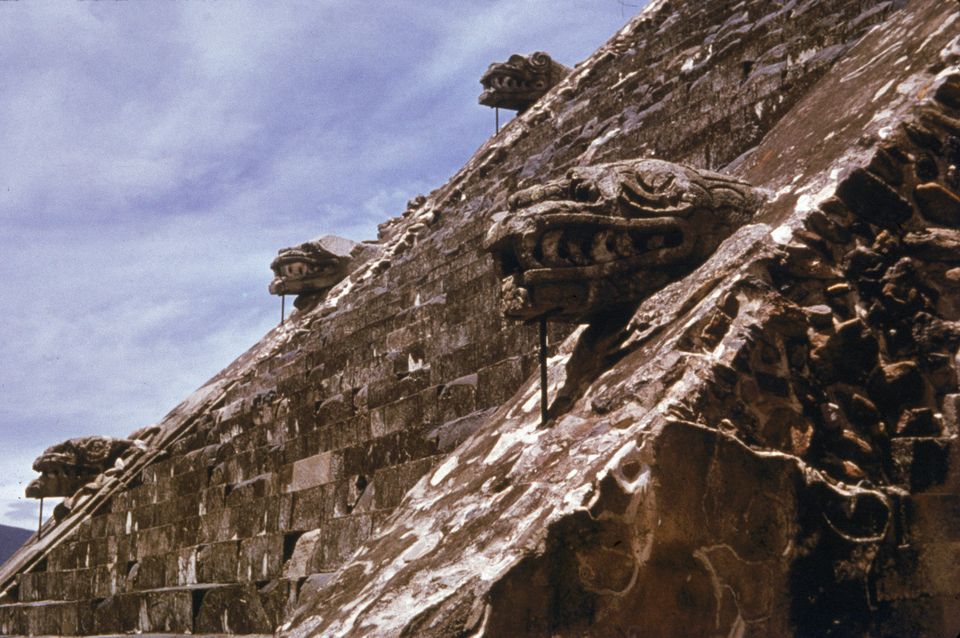 1 / 7
The outside of the Temple of the Feathered Serpent is seen in Mexico, 30 miles outside Mexico City.
Getty Images