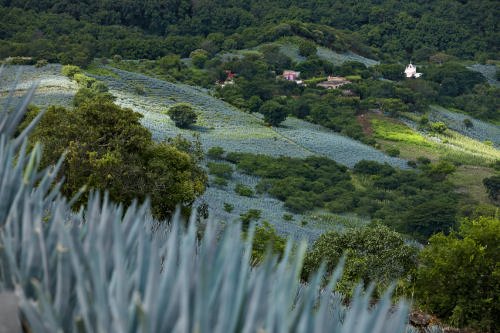 WHEN you hear "tequila" what's the first thing that comes to mind? Maybe that long-ago college party where you downed countless shots of Cuervo between licks of salt and squirts of lime? Or that killer hangover after indulging in one too many frozen margaritas on spring break in Cancun?

Tequila's reputation has long suffered in the United States, where it's mainly been thought of as a way to get as drunk as possible as quickly as possible. That's changing though, as premium tequilas have made their way across the border. High-end brands such as Herradura, Patron, and Don Julio have, in the last decade, introduced the American market to the terms blanco, reposado, and anejo -- categories of tequila defined by their aging processes.

But other than calling for a top-shelf margarita with Patron Silver, most folks have no idea what tequila is: that it's produced from a specific type of agave plant, that it was the first distilled spirit in the Americas (in the 1600s), that it can be sipped and savored as you would a fine single-malt scotch.

I, too, was among the tequila illiterate, and so, what better place to educate myself about this spirit than to travel to where it originates, in the Mexican state of Jalisco.

As with Champagne in France, true tequila, by law, can only be called tequila if it's distilled and bottled in Mexico, in a designated region, using the native blue agave species. The majority (80 percent) is produced in Jalisco, in and around the town of Tequila. 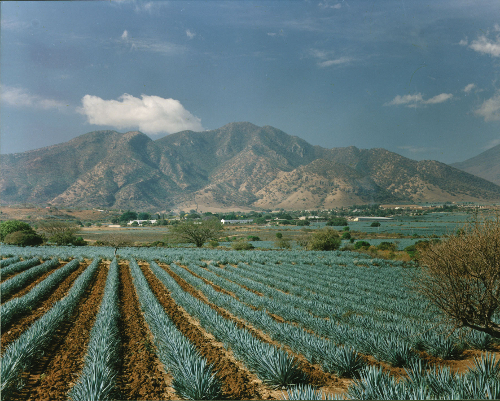 That's abundantly clear about an hour northwest of Guadalajara, when the traffic-choked highway gives way to mile upon mile of undulating hills tinged a bluish-green from the agave fields.

Though many visitors to "Tequila Country" head straight to Tequila Town, where you can wander among the distilleries and sample the likes of Jose Cuervo and Sauza, I opted for a quieter introduction to the spirit. Casa Herradura, about 15 minutes away from Tequila in the village of Amatitán, is the only intact working hacienda in the area and a beautiful spot to discover how this "gift from the gods" is made. 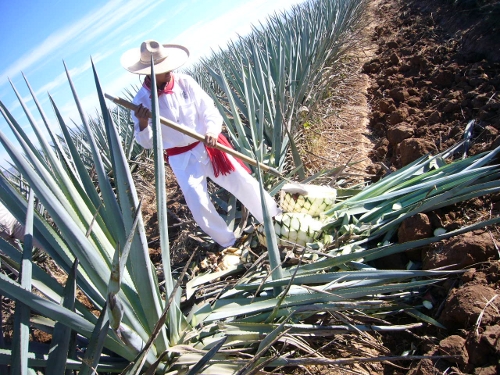 For the uninitiated, you'll be surprised at how lengthy and difficult the tequila-making process is. It begins with harvesting the pina, or heart, of a mature agave plant, which must be at least 8 years old. The tall, spiky, intimidating agave doesn't give up its heart easily: The harvester, the jimador, must carefully slice away at the razor-sharp fronds with a long-handled blade to reveal the pina -- an exhausting task, especially given that he (always a man) harvests up to 100 pinas a day.

The pinas -- which can weigh anywhere from 80 to 100 pounds -- are transported from the fields and loaded into huge ovens, where they are cooked for more than 24 hours, then crushed to extract the liquid. The odor of the baking agave is very sweet, like molasses (hence, agave nectar as a sweetener); I was offered a chunk of cooked pina, which tasted a bit like a sweet potato. 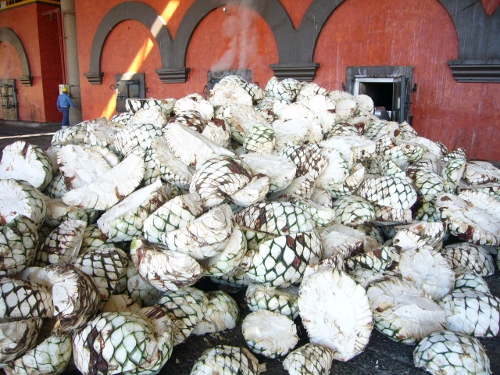 Next stop is a roofed area where the extracted juice, called mosto, ferments in huge stainless-steel tanks. The liquid, bubbling and foaming in various stages of fermentation, produces a pungent, syrupy aroma that almost overwhelms; a taste of the stuff revealed the expected: strong, sweet and completely undrinkable.

That's where distillation and the aging process come into play. Two distillations produce the slightly peppery, pure white tequila called blanco. Reposado (rested) tequila is aged at least two months and up to a year in oak, producing a smoother, softer flavor and a straw-like color. Anejo (aged) tequila is in casks for at least a year; it's amber-colored and has caramel overtones. Extra anejo, almost like a dessert wine, is aged up to three years. (Note: Gold or joven tequila is actually blanco that's been colored and flavored with caramel to make it sweeter; most tequila aficionados avoid these mixtos at all costs.) 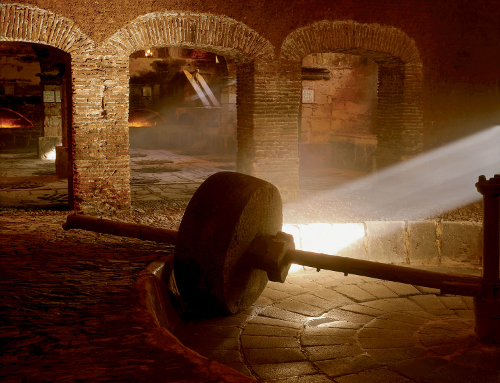 Before you start sampling all those tequilas, you'll want to remain sober enough to negotiate the cobblestone path leading to the old factory. Inside these well-preserved brick walls is where tequila production began in 1870, and amazingly, continued up until 1963. Though dated, much of the equipment is recognizable -- the ovens to bake the pinas, the presses to extract the mosto (then, a huge stone wheel powered by mules), the distillation tanks with their gleaming copper coils. A sign above reads "En Dios Confiamos," In God We Trust.

After appreciating the work that goes into making tequila -- who knew? -- it's time to taste the fruit of all this labor. In a lovely main garden, dotted with ancient trees, you can try everything from a basic $20 bottle of blanco to a $350 Seleccion Suprema (extra anejo), aged 49 months. Each of the 10 Herradura tequilas on offer is treated with respect: poured into a snifter, swirled to bring out its aromas and sipped slowly. 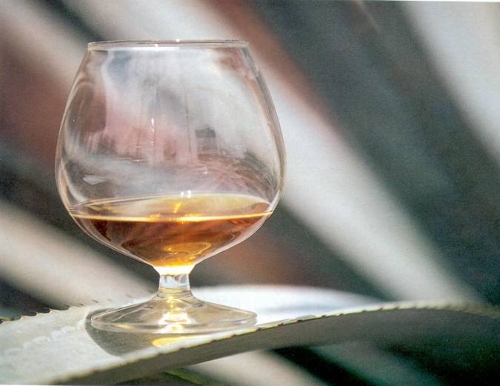 Now, you might expect I had quite the hangover after downing all this alcohol. But here's the most important thing I learned: It's the high sugar content found in cheap tequilas or mixtos that produce cottonmouth and pounding headaches. If you drink tequila made from 100 percent blue agave (as all Herradura varieties are), it's unlikely you'll suffer aftereffects (given a sensible intake, of course).

The only consequence of my tequila education? Bidding a permanent adios to the tequila shot.

Getting there:
The Herradura distillery can be reached by car or taxi from Guadalajara in about an hour, depending on traffic. Or, take the Tequila Express train, which departs from downtown Guadalajara for day trips Saturdays only, and includes live mariachi entertainment, a guided tour of the Herradura hacienda, lunch, and tequila (natch). The cost is around $80 round-trip.