The gunman was Terence Tyler, 23, a law enforcement source told The Associated Press. The man's identity was also confirmed by John Niccollai, the president of a food handlers' union that represents workers at the Pathmark store, who spoke to company officials about the shooting.

A Marine Corps spokesman said Tyler spent three years in the Marines and left the service in 2010. He did not deploy overseas, and the spokesman would not say whether Tyler was discharged honorably or not. Tyler's "home of record" is Brooklyn.

Tyler had been employed at the store as a clerk for about two weeks, Niccollai told The Huffington Post. After finishing his shift at around 4 a.m. on Friday, Tyler left the store and soon returned dressed in a military-style camouflage uniform and armed with an "assault-type rifle" and a pistol.

Photos from the scene:
Story continues below

Tracy D'Zuro, a frequent shopper at the store, recalled both LoBrutto and Breen as friendly and welcoming.

"I met Brian and Christina shopping here. Both of them always had smiles on their faces. They were very sweet, very genuine," said D'Zuro, 26.

A candlelight vigil for the victims is being organized for 7:45 tonight outside of Old Bridge High School, where both attended school. LoBrutto had just graduated in June.

Others may have been killed in the rampage but for the quick thinking of the store's night crew chief, Rolando Reya, who ushered a group of employees out the back door as the shooting erupted, Niccollai said. About a dozen people were inside the store at the time, including the shooter, he said. Reya could not be immediately reached for comment.

"We have someone here who's really a hero," Niccollai said of Reya. "He was instrumental in getting other people out of the store."

Police have not described a possible motive for the shooting. Pathmark officials believe the victims were not specifically targeted, Niccollai said.

"This was obviously a kind of random-type shooting," he said. "Anyone he saw, he shot."

Property records show that Tyler lived about five minutes away from the Pathmark supermarket. Ricky Stevens, 26, lived two doors down. He said he saw Tyler around sometimes and knew him "just to say hey."

"He seemed like an ordinary guy," Stevens said, shrugging his shoulders.

A Facebook page for Tyler identifies him as a Marine Corps veteran from Brooklyn and includes identical service dates as those provided by the Marines, but has little personal information.

The page features a quote instead of a profile picture. "Be optimistic," it reads. "All the people you hate are eventually going to die." 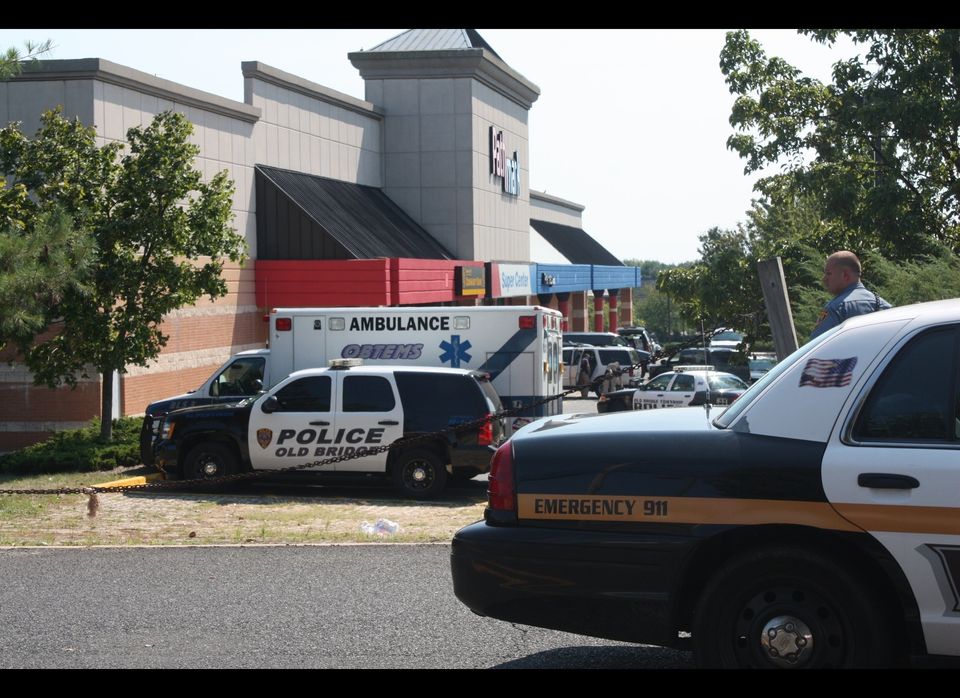