Now that we know exactly how many times the word "f--k" was used in "The Wolf of Wall Street," the movie's controversy seems to have slackened. Martin Scorsese's three-hour black comedy recently crossed the $100 million threshold at the domestic box office, and whether either of those things will impact its Oscar odds come March 2 is every pundit's guess. One person who can easily -- and rightfully -- turn his nose up at the naysayers is Terence Winter, whose script is a contender for Best Adapted Screenplay.

HuffPost Entertainment caught up with Winter on Saturday night as he walked the red carpet at the Writers Guild Awards' East Coast ceremony. The Emmy-winning scribe of "Boardwalk Empire" and "The Sopranos," who was up for the WGA's adapted-screenplay award as well, addressed the critics questioning the movie's ethics and let us in on how Leonardo DiCaprio's uproarious Quaalude scene came together, including the time it almost caused his wife to drop their newborn.

Are you aware that people are counting the number of expletives in your movie?
I am aware, and I can't believe anybody has that time, and if they did that they'd use it to do that.

Imagine how many times people are watching your movie on a loop so they can count F-bombs.
Yeah, and now I've seen different numbers, so I'm really curious as to who's right. But I'm never going to count.

Did you expect that kind of reaction to come out of the movie?
About that word specifically? No, I think people should grow up already. That's kind of how those guys talk, and I certainly work on shows where that word rolls off the keyboard very easily. It practically writes itself on my Final Draft program. I think you'd have better things to do with your time.

As a screenwriter, how do you approach drafting that scene on paper versus how it gets translated to the big screen? How detailed are you?
I was very detailed with it, and [Jordan Belfort, the character DiCaprio plays] was very detailed in his book about describing it, so that was a big help. I took what he described and then I described it, too, thinking I now have to translate it so I can describe it to the filmmaker of, "This is visually how I see it." Of course, Marty hopefully saw it the same way, and he did, for the most part. ... The scene from getting to the top of the stairs crawling into the car, that was probably about three-quarters of a page of description. But then Leo even took it even further. I didn't know there was going to be a Lamborghini and that he had to open the door with his foot, so that was him on the day improvising how to get into this car. It is very detailed, and there is a little bit of a disconnect between the page and when you get into the room and say, "Okay, now we actually have to do this." Sometimes you have to work on the fly, and that's just part of the job and part of the process. 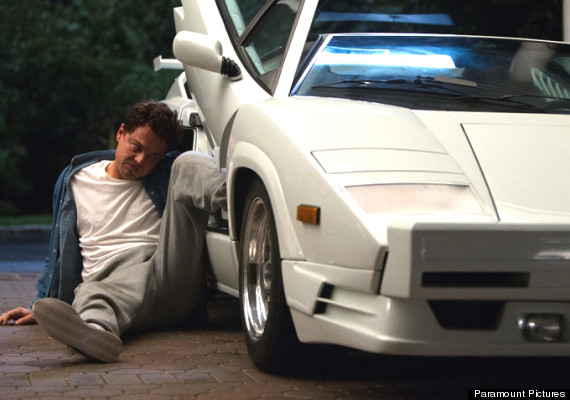 Did you know what to expect when you saw the movie?
Yeah, I did, but it exceeded every expectation I had. Actually, when I wrote that scene originally, my wife had been feeding our newborn son -- I wrote the script in 2007 -- and she was laughing so hard she almost dropped him. I called her after I saw the movie and said, "Wait till you see what this looks like onscreen. You're going to die." We didn't know at the time it was going to be Leo and [Jonah Hill] and how wild it would be and how much those guys would commit. It was unbelievably hilarious. Those guys are great.

Whose image was in your mind as you were writing the script?
Well, Leo was, because I knew it was going to be him. But Leo and some faceless person. And then once I heard it was Jonah, I thought, "Oh gosh, this could not be better."

When you're writing, you don't attach an actor to a character just for the sake of having visual cues?
Not really, no. You would think that would be more helpful. I'm not really good at casting, I guess, like in that way in my mind. But once I heard Jonah Hill, I was like, "Oh my god, that's brilliant." And that's why we have a brilliant casting director, Ellen Lewis, who usually comes up with ideas like that.

Would you ever write a romantic comedy or something else that's positive and upstanding?
I might. But deplorable characters are just more interesting. People who live outside the bounds of what we do normally in our lives, those are the people you want to hear about. They're always fascinating. To get to spend a couple hours vicariously in the shoes of somebody who would do things that you would hopefully never do in your own life is really fun and sort of exhilarating, and the people who pay their rent on time and have a 401(k) and are really good husbands and wives, we can see that all the time. I'm not going to spend my entertainment time with those people. I want to be entertained by something that's like, "Holy shit, I would never spend time with a gangster, but here you are, thrust into that world, or Jordan's world, or something like that." So for me, it's just more fun.

Have you spent time with the types of characters you write, or is it truly from the imagination?
I've rubbed elbows with a lot of those people. I grew up in Brooklyn, and sort of by osmosis you absorb a lot of flavor.

That's a good word for it.
And I worked on Wall Street at the same time Jordan Belfort did, so I absorbed a lot of that, too. So, you know, I just keep my ears open and my mouth shut.

Do you have any pre-Oscar rituals to get jazzed up?
I've never been to the Oscars before, but I'll have to come up with a ritual this year. 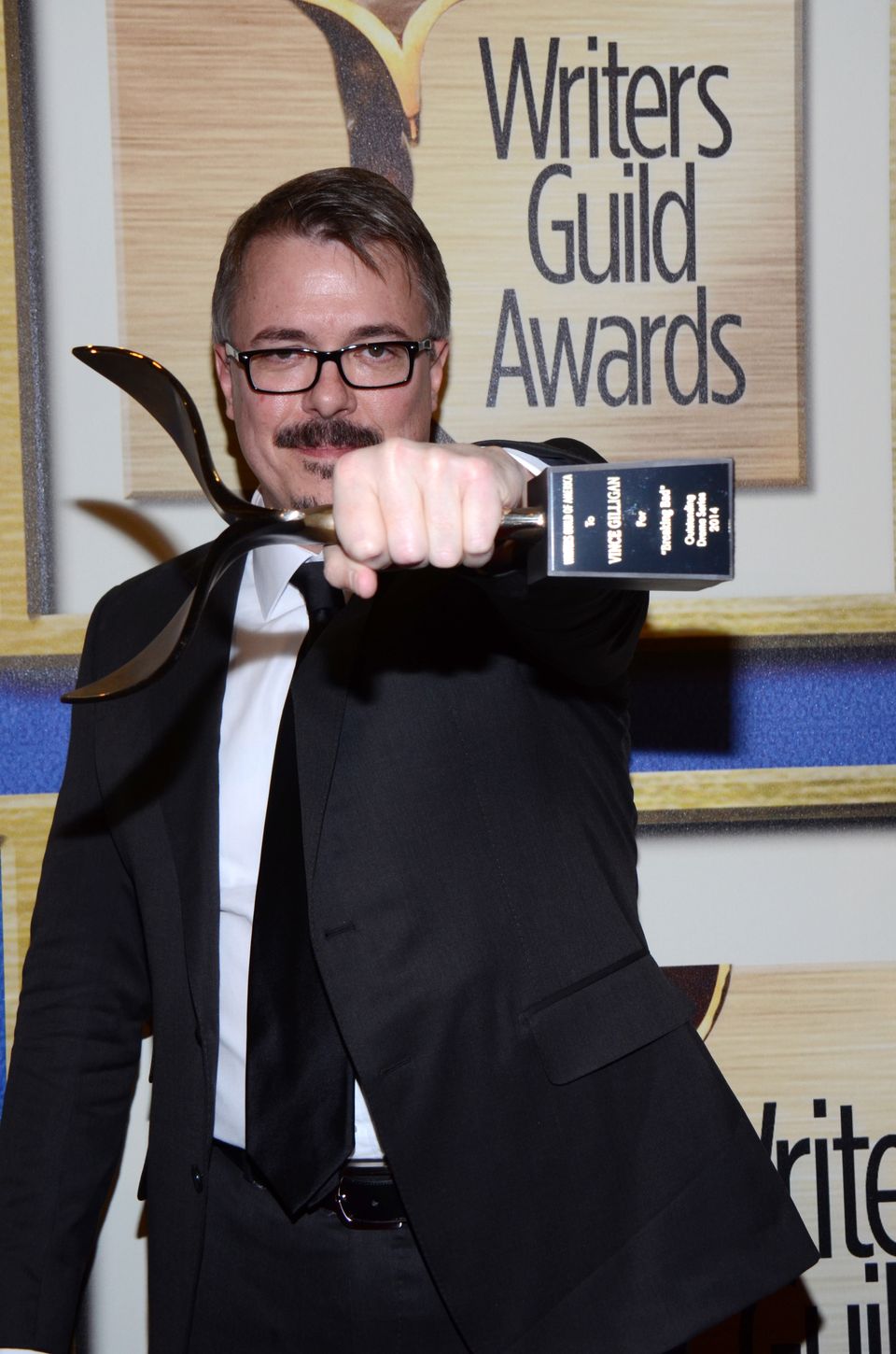 1 / 44
Vince Gilligan
Vince Gilligan poses in the press room with the Outstanding Drama Series award for "Breaking Bad" at the Writers Guild Awards, on Feb. 1, 2014, in Los Angeles. (Photo by Tonya Wise/Invision/AP)
AP