An education professor fired from Louisiana State University for creating a "hostile learning environment" by using explicit language told HuffPost Live on Wednesday that she did her job "well" and never harassed any student.

Teresa Buchanan was terminated from LSU on June 18. Baton Rouge newspaper The Advocate reported that a faculty committee accused Buchanan of "saying 'f*** no' repeatedly in the presence of students, using a slang term for vagina that implies cowardice and telling a joke that the quality of sex gets worse the longer a relationship lasts."

The university said in a statement it was concerned about Buchanan's alleged "history of inappropriate behavior that included verbal abuse, intimidation and harassment of our students," and because "she was asked not to return to more than one elementary school in the Baton Rouge area within the last three years."

But Buchanan told HuffPost Live that she still has not received a personal explanation for what she specifically did wrong. Her best guess, she explained, is that a student complained about her to the school's dean. But Buchanan is dissatisfied with the way the complaint was handled from there.

"Students complain about professors, and we have a procedure to follow, and that wasn't followed. Instead I was removed immediately from teaching and [referred] to human resources to investigate me for sexual harassment," Buchanan said.

Part of that investigation involved administrators confronting Buchanan with any "ugly" things students had written about her in their end-of-semester course evaluations, many of which she characterizes as "silly."

"One of them said I said men are better than women, which is just ludicrous, but they believed that I said that, because a student had written it down on a course evaluation," Buchanan said.

Since Buchanan was fired she received support from the American Association of University Professors. The professor told HuffPost Live that while she may have made some students uncomfortable, her behavior was not inappropriate.

Watch Teresa Buchanan share her side of the story of her firing in the video above. 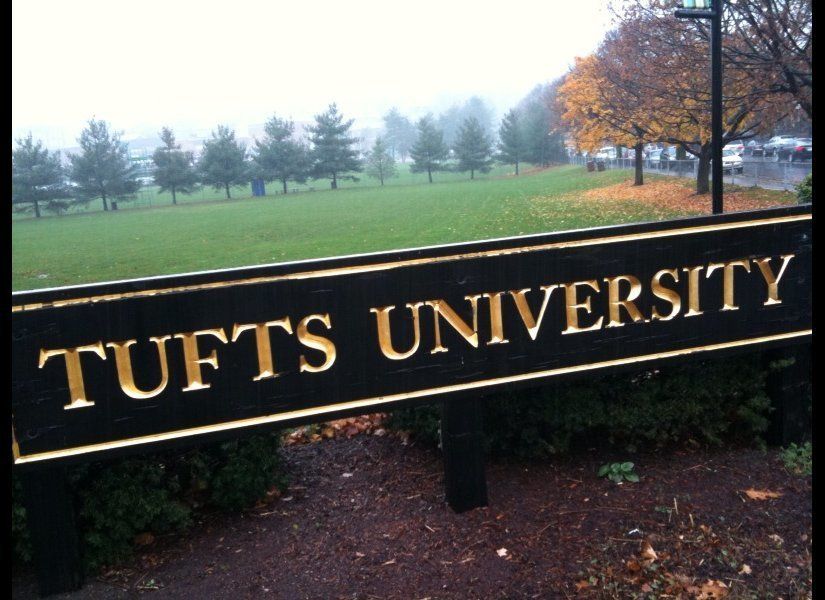 1 / 11
Tufts University (1988–89)
Students at Tufts University successfully defeated an effort by university administrators to institute free speech zones in one of the <a href="http://www.thecrimson.com/article/1989/10/10/tufts-rescinds-speech-rules-pfollowing-student/" target="_hplink">first victories</a> over such zones in the country. The plan came in response to outrage over a student on campus selling T-shirts carrying the slogan “Why Beer is Better Than Women at Tufts.” The student was disciplined, but his punishment was eventually dropped when the school realized it had no code prohibiting his speech. When the plan for the speech zones was released, students responded by creating an ad hoc group called the Tufts Free Speech Movement. In protest, the group went around campus physically <a href="http://www.nytimes.com/1989/09/27/opinion/voices-of-the-new-generation-free-speech-at-tufts-zoned-out.html?src=pm" target="_hplink">marking off</a> areas as either free or unfree for speech. Too embarrassed to battle against free speech publicly, Tufts eventually dropped its plan. Then-President Jean Mayer even <a href="http://thefire.org/article/144.html" target="_hplink">admitted</a> that drafting the plan was a mistake in the first place.
Flickr:PetroleumJelliffe