There's no such thing as garbage at this company, which aims to revolutionize the recycling industry.

New Jersey-based TerraCycle's mission is to “eliminate the idea of waste” and it's been a profitable enterprise. The company expects about $20 million in revenue this year, according to founder Tom Szaky.

Founded around 10 years ago, TerraCycle began when Szaky, then a freshman at Princeton University, began selling organic fertilizer -- or “liquefied worm poop” -- packaged in used soda bottles in 2001. Since then TerraCycle has expanded considerably. The company uses traditional recycling techniques to break down raw materials for future uses, but it also gives waste a second life by refurbishing goods or repurposing them, such as turning a few dozen empty Capri Sun pouches into a fashionable handbag.

TerraCycle is now in its second year of its Cigarette Waste Brigade, recycling more than 5 million cigarette butts in its first 12 months, as well as launching a candy wrapper recycling project in New Zealand, with plans to expand in Asia as well.

But in many ways the business itself is recyclable. That’s because Szaky says he purposely limits his profit margin to just one percent in order to pump money back into the business.

“We’re in this to show that you can be a very successful social enterprise with the key goal of eliminating as much waste from being burned or buried as possible, while being profitable,” Skazy said.

PHOTO GALLERY
How I Did It: TerraCycle

TerraCycle Recycles The 'Non-Recyclable' - Cigarette Butts, Candy Wrappers And Its Own Profits
How I Did It: TerraCycle 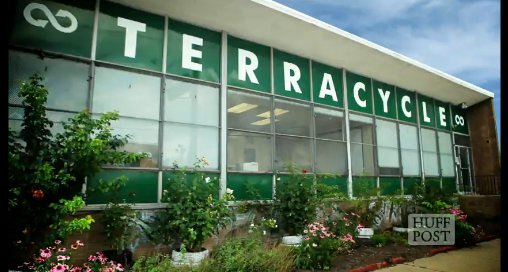