Well, this is certainly one way to avoid rush hour traffic.

Terrafugia's flying car, the Transition, has been officially approved for driving on roads and highways. The driver-slash-pilot can now fly between local airports and drive on any road.

On June 30, the National Highway Traffic Safety Administration (NHTSA) granted special exemptions for the "roadable aircraft." According to Terrafugia's press release, the Transition is the "first combined flying-driving vehicle to receive such special consideration from the Department of Transportation since the Federal Motor Vehicle Safety Standards came into being in the 1970s."

However, several design issues and third-party supply restraints have seemingly stalled production of the Transition from 2011 to 2012, according to Autoblog.

The Register reports that even more challenges may be ahead for the vehicle:

Despite a helpful weight exemption from the aerial feds, according to the new spec a fully-fuelled Transition will be able to lift only 330lb of passengers and payload: it can't get airborne carrying two normal American men. Also the price has ballooned from $148k to $250k.

The Transition's manufacturer, Terrafugia, Inc. (pronounced ter-ra-FOO-gee-ah) is a small Massachusetts-based aerospace company founded by pilot-engineers from MIT. The company's name is Latin for "escape from land."

The Transition vehicle passed its first flight test in 2009, and Terrafugia released an updated design called the "next generation Transition" in 2010.

Check out the flying-to-driving conversion, safety features, and other specs (below). Visit Terrafugia's website to learn more about this flying roadster. 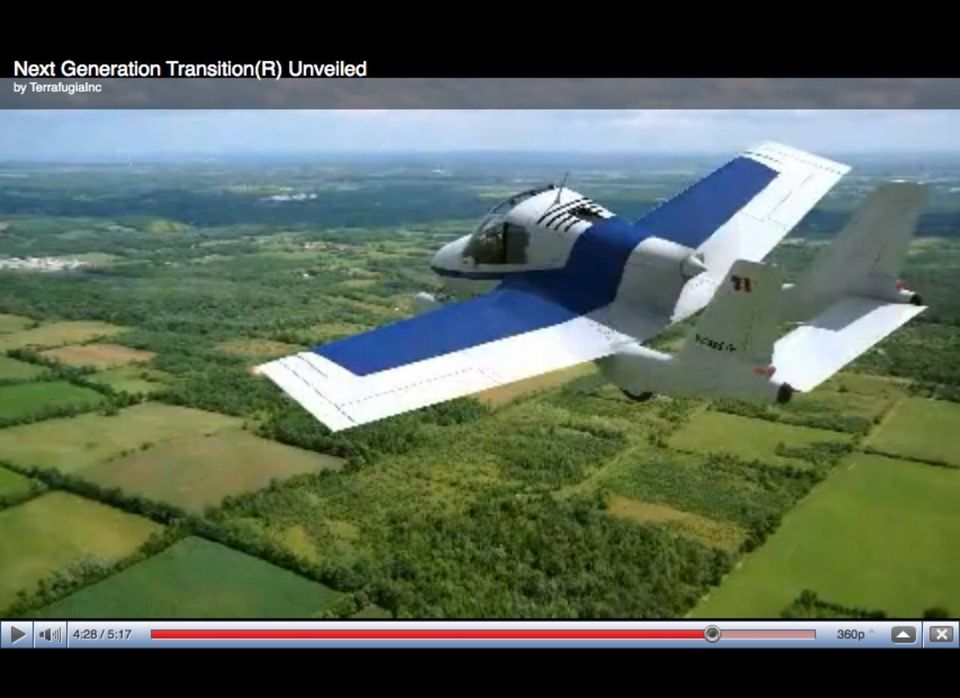 1 / 11
Although the Transition has been dubbed a "flying car," it's really an airplane that can legally and safely be driven on roads and highways.
YouTube