Actor Terrence Howard has allegedly secretly wed his girlfriend after just one month of dating.

RadarOnline.com reported Howard, 44, got married for the fourth time recently to a Canadian woman named Miranda. A source close to the actor said the quickie wedding is "not out of character" for him.

“It’s another one of his outlandish moves … he only knew and/or dated her for about a month!” the source added.

Howard and his supposed new wife were spotted at the premiere of "The Best Man Holiday" in Los Angeles Nov. 5. They both were photographed wearing gold bands around their left ring fingers.

In May, Howard finalized his divorce from ex-wife Michelle Ghent. She filed for divorce in February 2011, just over a year after they married. In December 2011, she claimed the actor had physically abused her during their relationship, Us Weekly noted.

Ghent claimed Howard "sucker punched" her in the face, "grabbed" her neck and attempted to choke her multiple times during an argument in July in Costa Rica, the New York Daily News reported. “While I was on the ground, [Howard] kicked me repeatedly in the head and shoulders with strong blows,” she said. “I knew I had to get away from [Howard] or he would try to kill me."

In August, a judge ordered the actor stay away from his ex. He vehemently denied the charges and said she was trying to “ruin [his] reputation and career with baseless allegations.”

See Terrence and his new wife below: 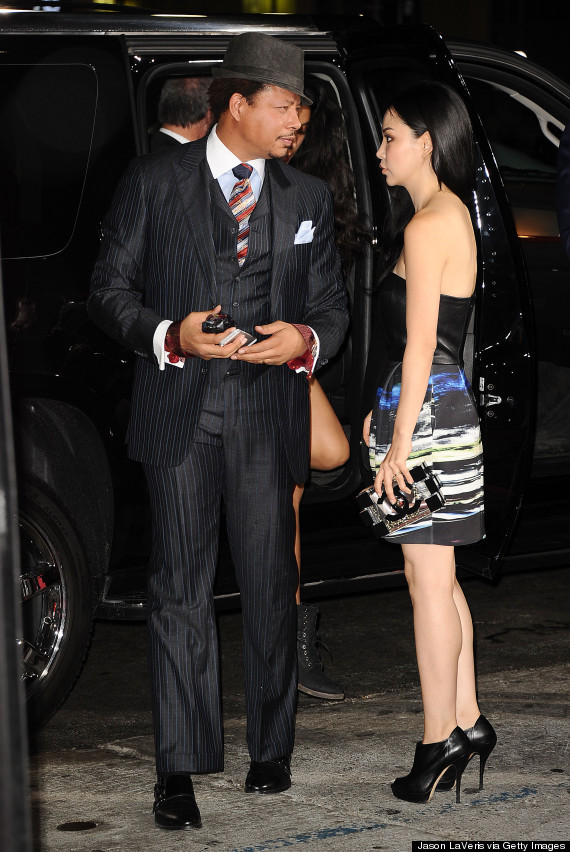