Vulture is currently in the midst of its No Respect Week, a time period designated to honor "pop culture that rarely gets celebrated." Earlier this year, Refinery29 published a list of 13 movies "that need to be cult classics." (On the list: "Contact," "Signs" and "War of the Worlds" -- and also "Wet Hot American Summer"? Because that's not a cult classic.) BuzzFeed, too, offered 28 bad movies they couldn't help but love. Which is to say that reconsiderations are all the rage here in 2014, and HuffPost Entertainment is happy to participate in the trend. Ahead, 10 terrible movies that are actually really good (at least according to us). 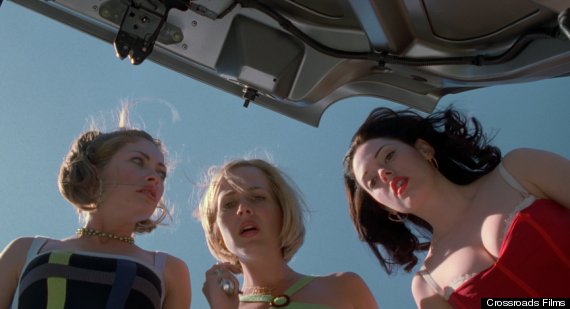 Upon release, most people thought "Jawbreaker" was a darker and crappier "Heathers," but maybe those people are forgetting the gloriousness of Rose McGowan in her golden years (aka shortly after this photo happened). Sure, "Jawbreaker" borrowed some "Heathers" tropes, and maybe even a major "Clueless" one, too, in the form of Judy Greer's makeover (Fern Mayo, Vylette). Perhaps it wasn't smart enough to be satirize the prevalence of manipulative evil in the high school microcosm, but, like, don't work so hard. There's a Marilyn Manson cameo! The Donnas play at prom! -- Pre-teen Lauren Duca as told to Lauren Duca 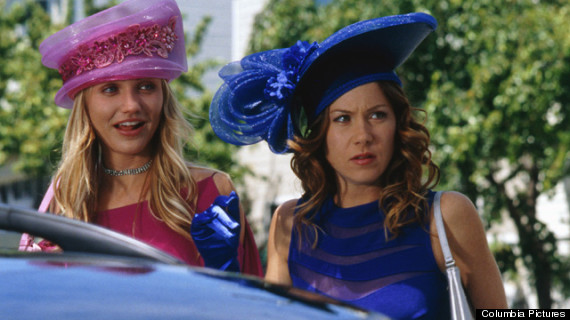 Honestly, if the penis-themed, song-and-dance routine doesn’t convince you this movie is a classic, I don't know what will. Cameron Diaz and Christina Applegate road trip, video montage and sing their way into our hearts in "The Sweetest Thing," partying it up and simulating oral sex in a station wagon, all in the name of finding true love. It's an ode to friendship, and the first raunchy comedy you were exposed to, probably way too young. Also, the fact that they were able to slip in an Aerosmith song during the most inappropriate scene of the whole movie is reason enough for the film to be on this list. -- Jessica Toomer 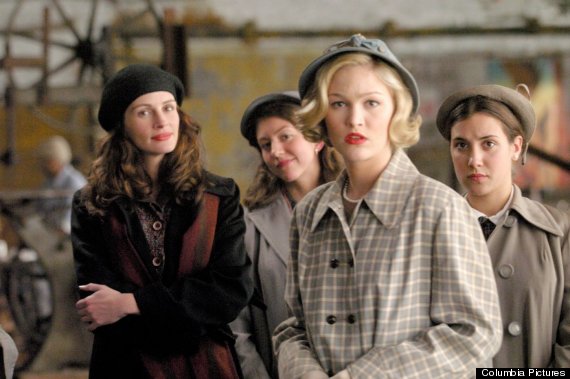 Julia Roberts was meant to be an Oscar contender for "Mona Lisa Smile," the 1950s-set Mike Newell drama about a progressive Wellesley art-history professor who sparks an uproar when she challenges her students' static notions of female empowerment (or lack thereof). It's "Dead Poets Society" at a women's college, and it's crawling with one-dimensional characters. But, like so many by-the-numbers teacher movies, it tears into viewers' emotions. By the end you'll so desperately want these burgeoning '50s housewives to realize their potential that the wooden dialogue somehow becomes part of its charm, as if the movie knows it's a broad-stroke caricature and is completely fine that way. Roberts reportedly netted a record $25 million for the role, but unflattering reviews killed her awards buzz. You'll root for her impassioned Katherine Watson nonetheless, as you will characters portrayed by Kirsten Dunst, Julia Stiles, Maggie Gyllenhaal, Ginnifer Goodwin and Marcia Gay Harden. Then you'll cry a bucket's worth of tears at the uplifting ending. (Plus, see if you can spot then-unknowns Krysten Ritter and Lily Rabe lurking in the background.) -- Matthew Jacobs 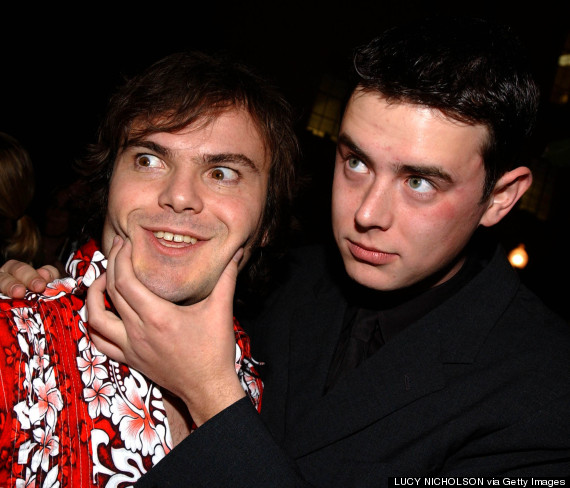 If you don't like "Orange County," I don't want to party with you. Of course the 2002 film screams low-brow comedy - -it's an MTV movie, after all -- but if you can't find the humor in the movie's dysfunctional family then you've probably been blessed with too normal of a life to relate. "Orange County" perfectly captures the indecisiveness of going off to college, the weird relationship your divorced parents definitely have, and the anguish your stoner brother feels every time he has to pass a drug test. Criminally underrated teen comedy. -- Lauren Zupkus 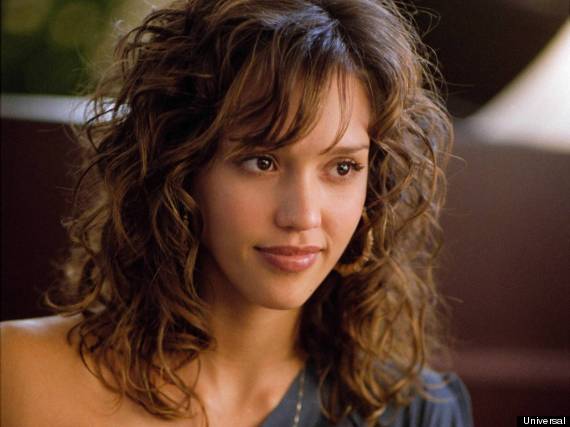 Jessica Alba plays a struggling hip-hop dancer determined to make her dreams of becoming a music-video backup dancer and choreographer come true. Sure, "Honey" is "bad" if you consider the high cheese factor and number of gratuitous ab rolls, but the 2003 film is actually inspiring. I mean, Missy Elliot asks for her personally, Honey smacks the sketchy producer dude who tries to hit on her AND she gets to date Mekhi Phifer. Instant classic, if you ask me. -- Jessica Goodman 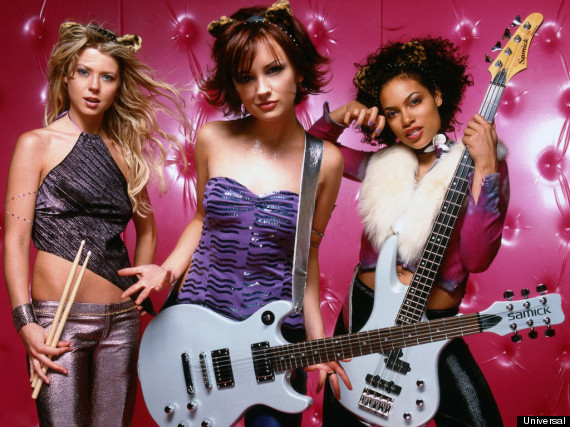 It's hard to deny that 2001’s “Josie and the Pussycats” is nothing but a silly movie made for anything more than the purpose of inflating the consumerism of young girls. But then again, that's what makes the musical comedy rather brilliant. Roger Ebert gave the film a half star, writing Josie and her pussycats off as carbon copies of other pop groups and the film’s innumerable product placements as exactly that. Upon rewatching the film years later, it’s even more apparent how hilarious of a satire it actually is. The boy band Du Jour is a perfect parody of the Backstreet Boys, and their hit song (“Backdoor Lover”) is nearly the same melody as one of Backstreet’s first hits -- just as the rest of the saccharine soundtrack is a delightful replica of late ‘90s pop. “Josie” not only nailed teen girl culture’s obsession with inane pop stars, but also its porosity and malleability for all things trendy. How else to highlight a generation of kids craving to be cool then to replicate it to the most satirical degree? “Josie and the Pussycats” may appear vacuous, but that’s only because it's in on the joke. -- Erin Whitney 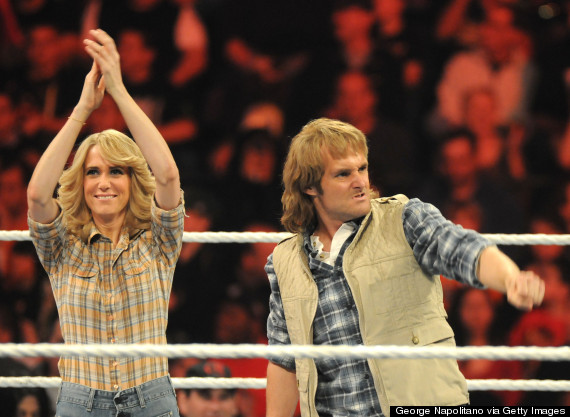 Saying “MacGruber” is the movie that defines our generation may be selling it short. MacGruber himself is an American hero, an explosives expert and a skilled lover who was forged in the memory of “MacGyver,” but totally broke the mold and then went to the mold’s house and dropped an upper decker in the master bathroom. The film follows our hero in the form of a complex societal commentary juxtaposing the cost of holding on to tradition against the benefits of moving on from the past. Plus, it has a lot of awesome throat ripping and dick jokes #ClassicMacGruber. -- Bill Bradley 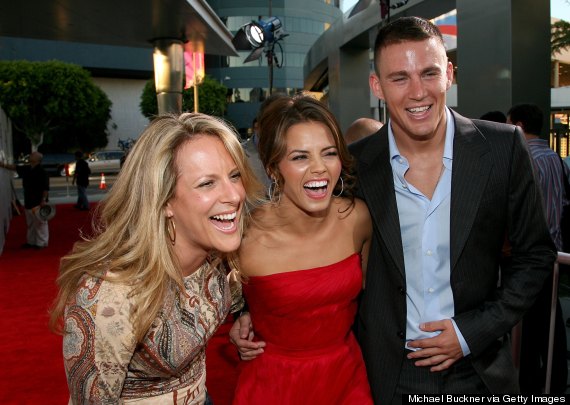 Critics blasted "Step Up" for being a “trite teen romance” that had "too little plot and not enough dancing." I beg to differ. The 2006 romantic dance film starred two unknowns, Channing Tatum and Jenna Dewan, and followed a storyline we all know and love: kid from the wrong side of the tracks has to prove himself by being a quick study and an all-around stand-up guy when the school dance douche gets injured and can’t perform in the year-end showcase. Tatum’s character, a rough but hot rule breaker, has no dance training, but he can get down. Dewan’s character is a privileged dance major who has little patience for rule breakers. But they fall in love. And they dance their hearts out. And Channing has serious moves (a precursor to “Magic Mike,” anyone?). The world fell in love with the two -- and, turns out, they fell in love with each other. They married in 2009 and just welcomed their first baby, Everly, in May. Now that’s a happy ending. -- Sasha Bronner 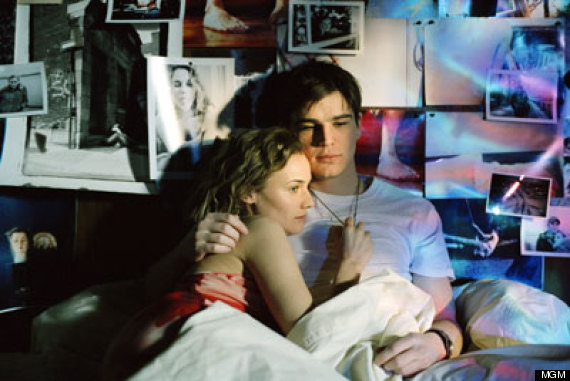 When a movie stars the likes of Josh Hartnett, Rose Byrne, Diane Kruger and Matthew Lillard (yes, MATTHEW LILLARD), how could it possibly be bad? "Wicker Park" tells the story of Matthew (Hartnett), who goes on a desperate search for his long-lost love, Lisa (Kruger), after he thinks he sees her in a restaurant. Lisa suddenly vanished from Matthew's life two years ago, and although he has moved on with another woman ("Mad Men" star Jessica Paré) and has accepted a job in Shanghai, Matthew decides to forgo all of his future plans in order to find his one true love. But things become complicated when he meets an mysterious stranger (Byrne), who completely messes with his mind by claiming that she's Lisa. At the time of its release, Roger Ebert gave "Wicker Park" three stars, but explained, "I could not see the plot of this movie, because I had no concept of what it was." Which is, in fact, a true statement. But who doesn't love a thriller with crazy twists and turns you can't necessarily keep up with? Plus, this film might have had the best use of a Coldplay song ever. -- Leigh Blickley 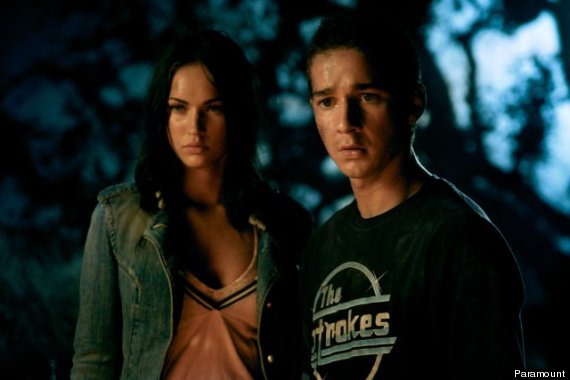 When people hear me say that Michael Bay movies are awesome, it's usually met with a laugh. As if there is no legitimate world where Michael Bay movies are awesome? Let me tell you from first-hand experience: That is the world we are living in right now. (It's glorious here, by the way.) Bay's rightly criticized for his bombast and casual sexism, but there is no better director of blockbuster action movies working in Hollywood. Bay's movies often cost upward of $150 million, and the trick is that you can actually tell. (This isn't "Pacific Rim," with its chintzy sets.) Bay's visual effects look real, as is the case with "Transformers," where giant talking robots are things that seem like they could exist. As for the humans in "Transformers," someone should make another list of best movie parents just to put Kevin Dunn and Julie White on that sucker. Bay also got the quintessential Shia LaBeouf performance in "Transformers," his manic, sweaty charms forever encased in the film's amber. (Megan Fox, always underrated, is good here, too.) "Transformers" is one of the best summer movies to come out in the last decade, a rollicking marriage of Bay's boom-smash and Steven Spielberg's wondrous awe (that's no surprise: Spielberg is an executive producer). It all ends with a great Linkin Park song. This is 2007 in the best ways possible. -- Christopher Rosen