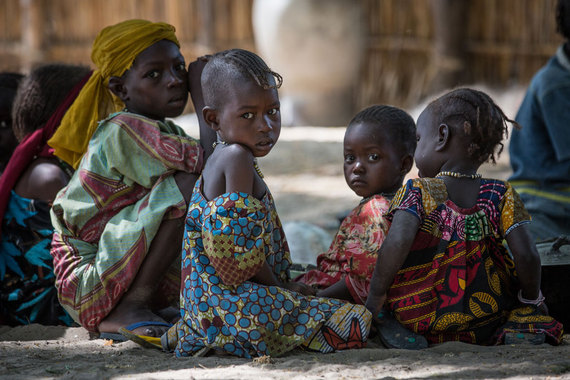 At least 2.7 million people have been forcefully displaced and 9 million are in urgent need of humanitarian assistance in the Lake Chad Basin. Despite the obviously deteriorating situation and repeated warnings of impending disaster by leading humanitarian actors -- in particular Medecins Sans Frontieres, the World Food Programme and, UNICEF -- the crisis in the Lake Chad Basin is receiving very little attention. Today Theirworld released a new brief showing how clearly the humanitarian system is failing by ignoring the vast suffering in the region. Why is nothing being done? At the World Humanitarian Summit in May there was a lot of talk about how the humanitarian system is broke, unaccountable, inefficient and unfit for purpose. Critics allege that resources are centered in the hands of just a few agencies, coordination is poor, decision-making bypasses those actually impacted by wars and disasters, and calls for reform are going unheeded. The humanitarian system sounds frankly, exactly fit for the global political system which it is trying to keep up with. This same political system whose most powerful and well-known politicians crow daily about the war on terror, who wager their countries participation in the European Union for personal politics, whose strategies for a more peaceful world involve mythical walls paid for by their neighbors, and all of this led by a UN Security Council who at best has been completely ineffective in the Syrian atrocities and who at worst -- by clearly showing they will do nothing -- is implicated. Enter the suffering in Lake Chad. Converging factors of climate change, poverty, lack of access to vital education and health services and the deadly violence of Boko Haram have created a perfect storm of suffering for the 21 million people living on Lake Chad's borders across Cameroon, Chad, Niger and Nigeria. This is a crisis on a massive scale -- touching multiple areas of priority for international humanitarian actors and policymakers from health, nutrition, education, agriculture, climate change, anti-terrorism, and security. And yet, silence. Historically, this situation is not unique. We see the warning signs. Alarm bells from reliable sources. Articles from analysts and researchers about what will happen if we don't act fast. Yet, these repeated warnings and calls for action go unheeded. We allow an emergency situation to deteriorate into an overwhelming disaster requiring a much larger scale of response. We saw this same scenario unfold only last year with those fleeing violence in the Middle East. Five years of conflict and devastation in Syria -- met by inadequate aid to the war-torn country's immediate neighbors who were hosting refugees in the millions -- triggered a massive second wave of migration that many warned would come. Lack of donor aid to Syria's neighbors led to cuts in vital assistance including food aid, leaving many with no choice but to entrust themselves to smugglers or embark on dangerous sea voyages gambling that those risks might give them a better chance of survival.

My theory about the lack of popular attention to crises such as Lake Chad is not that regular people don't care. It's that they cannot stand the pain of bearing witness to the atrocities that those in positions of power allow. Most people cannot stand the intensity of the grief of knowing that while they go about their lives right now, somewhere else in the world a mother will watch her babies starve to death, a husband will watch his wife raped, millions will die if nothing is done. Most people do not know what to do. Some people do know what to do. And they need to do it. At the upcoming UN General Assembly in New York there will be two summits on the global refugee crisis -- one hosted by President Obama and one by the UN. Both summits will attempt to tackle these challenges. My hope is that they don't get bogged down in the blah blah blah of political jargon and action plans and that instead they look out at the urgency of the suffering of our fellow human beings -- including those in Lake Chad -- and they take decisive action -- backed by their full will and the resources necessary to mitigate the suffering of those living in crisis. May leaders who gather at the UN in a few weeks speak strongly about the need for compassionate action on behalf of the people of the Lake Chad Basin and around the world who live amidst violence and deprivation. May these same leaders then put their money where their mouth is. Who are we as human beings if our most important political efforts are not focused on ending the suffering of others?