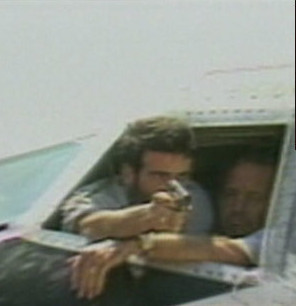 On the morning of June 14, 1985, Hezbollah terrorists were able to seize Trans World Airlines flight 847 en route to Rome from Athens and divert it to Beirut. Onboard were 139 passengers, eight crew members, and several Shiite Hezbollah terrorists. The hostage crisis lasted for 17 days -- the plane landed twice in the Beirut International Airport, twice in Algiers, and once more in Beirut. The world watched as the events unfolded live on CNN, which had premiered just five years earlier.

The terrorists had a list of demands, including the release of those involved in the 1983 bombing of U.S. Embassy Beirut. Through careful negotiations, terrorists Mohammed Ali Hammadi and Hasan Izz al-Din allowed a number of hostages to be released in exchange for fuel and food during one of the stopovers in Algeria. After landing in Beirut for the last time, the terrorists kept the remaining hostages in a Lebanese prison where they were kept mostly unharmed. After the crisis had ended, Israel ended up releasing over 700 Shia prisoners over the following weeks, though it asserted that the prisoners' release was not related to the hijacking.

This account was compiled from interviews by ADST with Parker W. Borg (2002), Deputy for the Office of Counterterrorism and Ambassador to Algeria Michael H. Newlin (2006). You can read the entire account on ADST.org 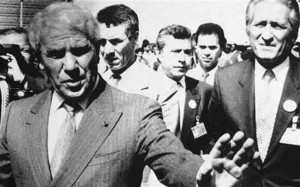 NEWLIN: The phone rang and the Operations Center [the 24/7 crisis and communications hub] from the State Department said, "A TWA airplane has been hijacked from Athens. It is reportedly headed towards Algiers. It will be there momentarily. You are to get in touch with the President of Algeria and ask that they let the plane land. Algeria, because of a previous hijacking, had said they were not going to let a hijacked aircraft land. And get firm assurances that they will not let that airplane take off again."

I did manage to get in touch with the President's Chief of Staff. I relayed my instructions. He said, "Well, on humanitarian grounds, we will let the airplane land." The Operations Center called and said, "Here is a message that you are to deliver to [pictured, Algerian] President Bendjedid immediately." So I started taking it down.

I said to Nat Howell [Deputy Chief of Mission in Algeria], "Get in the car and go to the airport, the plane will be landing soon. I have got to take down this darn message." So I remember at one stage I said, "This is far too long." By the time I got the message written and started having it translated, I left for the airport and got there just after the plane landed.

There were two hijackers on board. One of the hijackers, who they later called Castro, leaned out the window of the cockpit with a .45 pistol. The Algerians shouted at him, "Get back in that plane; no display of weapons."

Then we heard that there had been a third hijacker who for some reason had not been able to get on the plane in Athens. And that the Greeks were eager to get rid of this individual. They didn't want him incarcerated in Greece. I called the Operations Center and said, "Now this may be an opening here that can be used."

I didn't know -- I had no idea -- that they had then agreed the plane could fly to Beirut. So I was greeting the women and the children as they got off the bus from the plane when the plane started up and took off for Beirut. So we took the women and the stewardess to our residence and tried to reassure them that we were going to work on getting everybody released. The stewardess furnished us a report on the hijacking and her description of the hijackers. 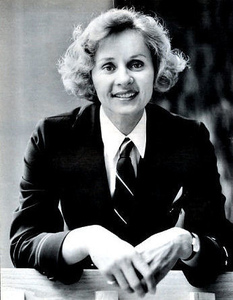 When the plane landed in Beirut, the hijackers shot and killed a Navy SEAL [Robert Stethem] that they had found from his Navy credentials and threw the body out on to the tarmac to show that they were serious. They got several other hijackers to join them and then they flew back to Algiers. The plane was kept at the far end of the runway.

Then the Algerians started negotiating with them. Their demands were for release of some prisoners that the Israelis were holding. I think there were 400 of them or something like that. So these negotiations sort of took on a life of their own. Finally, about another third of the passengers were released in Algiers. They were men. 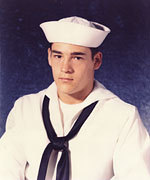 In the meantime we began to get word in the media that a Delta strike force was being sent to Italy. I was very concerned over that. So I told Washington, "Tell Secretary [George] Shultz that under no circumstances should this strike force try to rescue these people by force. The Algerians will resist and certainly the hijackers will blow up the plane. It will be a disaster." They said, "Yes, we will pass that on."

So then a couple of days negotiations dragged on, and the Algerians hinted to me that they were about to assure the hijackers that they could arrange for the Israeli prisoners to be released if they would release all of the remaining hostages. I said, "I cannot speak to that. I don't know that." The hijackers could on their own radio hear that the Delta force was in Italy.

It was early one morning, and we had developed in the embassy the ability to monitor unclassified communications. So I was told that there was a great commotion on the runway and the hijackers were threatening to kill more of the passengers. I was in touch with my contact urging him not to let the plane take off. The Algerians finally let the plane take off; they did not want Americans killed on the tarmac in Algiers. That was the end of my involvement in it. The plane flew to Beirut.

BORG: There were some Defense Department people at the time who thought that we would insert a Defense Department team of divers who would hang out, pretending they were tourists, outside the Beirut airport, which is on the water, and they would be scuba diving off Beirut airport. We said, "No, that is just too much nonsense. There's no way that we can do anything like that. We can't have a program like that."

These were the first incidents that I recall when we got most of our information from CNN because CNN was on the scene in each one of these places and we were not relying on reporting from the embassies or occasional broadcasts from the main networks, but CNN was on the spot. I believe that this established a precedent for all future terrorist activities or all international incidents that some way CNN became the big player in terms of keeping us informed of what was happening.

Q: It also kept the hijackers informed too, which meant that you had to work around the cameras.

We were constantly on the phone with people in the different embassies trying to sort out solutions to this, but it's hard to say that we did much that resolved it. 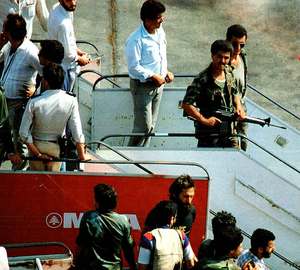 But the issue of taking down the plane, they were certainly not going to do that. If I remember correctly, there was one plan that the pilot was going to declare that...he didn't have adequate fuel and was not going to be able to make it to Beirut and so was going to try to bring the plane down in Cyprus, where one could attempt to resolve the crisis in a friendly environment.

The feeling was that they already had a large number of hostages in Beirut and that if they added all the passengers on this plane and they began mixing the passengers on the plane with the hostages on the ground in Lebanon, we'd have a much greater disaster than we already had. So Lebanon was considered at this time an extremely dangerous environment, and we didn't want the hostages to end up there. They did end up there. [By Monday afternoon, June 17, the 40 remaining hostages had been taken from the plane and held hostage throughout Beirut by the Hezbollah.]

We were able to arrange the release of all of the different captives with the exception of the one that was killed, so, yes, from our perspective it ended up successfully in that there was only one casualty that we didn't add to the number of hostages that were already being held and they didn't mix.

NEWLIN: It turned out the Israelis were prepared to release the prisoners for their own reasons. So I think that it worked out that finally some prisoners were released as a result of the negotiations that McFarland had.

So all of the hostages were finally released. But thanks to the Algerians it was possible for 2/3 of them to get released in Algiers.